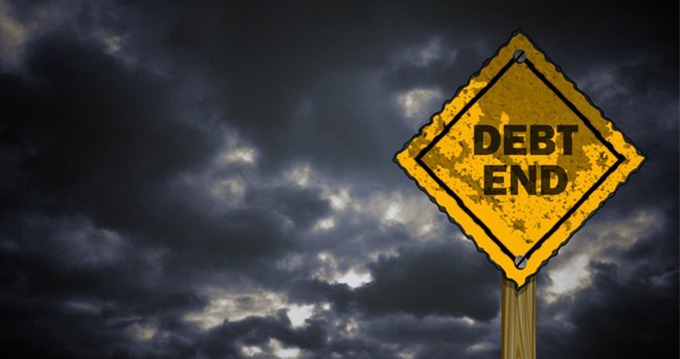 Medieval laws can be funny to read. Both the laws and the penalties for violation are bizarre by modern “civilized” standards. Many laws, of course, were enacted differently for the serfs than for the nobility, with the former typically being punished more severely, for a wider array of violations.

The reason for this was simple: the nobility wrote the laws. Things have changed a bit nowadays, we don’t really have nobility, and there’s this theory that laws now apply to everyone (except for Hillary, of course). It’s a good theory, but something happened to warp that theory.

Our laws are no longer necessarily written by human beings. Our courts ruled that “corporations are people,” especially when it comes time to make campaign donations, and so corporations have a major hand in our law writing.

This is most evident when it comes to banks (which have a great deal of money to influence lawmakers), where the laws just don’t seem to apply, no matter how egregious the criminality. It’s clear the banks are now starting to write laws, and, much like the laws of centuries ago, these laws seem to be ridiculous to a civilized mind.

A recent example highlights what our system is degenerating into:

To be clear here, this only is a problem in New Jersey. For now. The article focuses on a poor mother whose son was murdered.

When DeOliveira-Longinetti called about his federal loans, an administrator offered condolences and assured her the remaining balance would be written off.

Federal student loans are already atrocious: you can’t escape such loans via bankruptcy, you can’t even escape them if the loans were made to a fake school offering bogus education. Even if the loans are made on your behalf without your knowledge…you’re still in debt until the day you die (for new readers wondering how this can happen, the loan money goes to the school first, which can easily take all of it, while the student has no clue what’s going on. I’ll leave the gentle reader to consider how the loan disbursement system was set up this way…).

So, death can clear a student loan. Alas, New Jersey was influenced, somehow, into thinking that this was too generous a gesture, and decided to write the law so that a student loan debt can transcend death. New Jersey will pursue a debt beyond sanity:

“Please accept our condolences on your loss,” said a letter from the Higher Education Student Assistance Authority to DeOliveira-Longinetti, who had co-signed the loans. “After careful consideration of the information you provided, the Authority has determined that your request does not meet the threshold for loan forgiveness. Monthly bill statements will continue to be sent to you.”

True, the poor mother made a mistake by co-signing the loans, but New Jersey is remarkably vicious here:

New Jersey’s loans, which currently total $1.9 billion, are unlike those of any other government lending program for students in the country. They come with extraordinarily stringent rules that can easily lead to financial ruin. Re-payments cannot be adjusted based on income, and borrowers who are unemployed or facing other financial hardships are given few breaks.

New Jersey’s loans also carry higher interest rates than similar federal programs. Most significantly, the loans come with a cudgel that even the most predatory for-profit players cannot wield: the power of the state.

New Jersey can garnish wages, rescind state income tax refunds, revoke professional licenses, even take away lottery winnings — all without having to get court approval.

“It’s state-sanctioned loan sharking,” said Daniel Frischberg, a bankruptcy lawyer. “The New Jersey program is set up so that you fail.”

It’s natural to ask why New Jersey is like this, but the answer is an easy one to guess:

One reason for the aggressive tactics is that the state depends on Wall Street investors to finance student loans through tax-exempt bonds and needs to satisfy those investors by keeping losses to a minimum.

I keep railing against the Federal student loans as a great destructor of both higher education and our kids, but even state-based loans are clearly a horrible idea. Please understand, higher education doesn’t need government support, and certainly not “support” in form of a retributive student loan system. There have been “private” universities for centuries that are still doing just fine, despite this system.

On the other hand, the huge sums of money involved here simply invite corruption, in addition to being a system that provides no benefit to the taxpayer:

When faced with scandal, and the crushing of its citizens under an obviously detrimental system, a legitimate government would dismantle the system. New Jersey, of course, will take a different route:

New Jersey, meanwhile, encourages students to buy life insurance in case they die to help co-signers re-pay. As an agency pamphlet cautions, “Are you prepared for the unthinkable?”

Honest, if human beings were the only ones writing the laws, the abominations going on in New Jersey simply wouldn’t happen. The only question the remains is how long until the Federal government uses New Jersey as an example, and makes all student loans actually last past death?