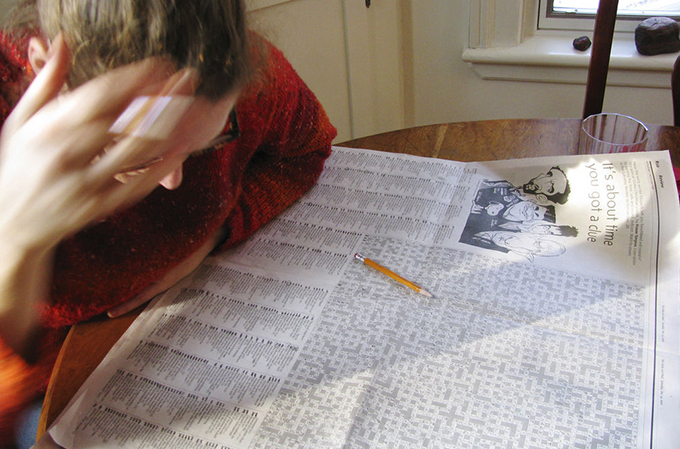 You may have heard of the “10,000-hour rule”, the belief that it takes thousands of hours of intense practice to become an expert in something. Training and practice are clearly vitally important in many highly competitive areas such as sports, music and chess. But is that really all it takes to achieve greatness?

Recent research suggests that other factors such as genetics influence the likelihood that you will try, enjoy and excel at a performance activity. We decided to test that theory in the highly challenging arena of cryptic crossword solving. What we’ve found so far suggests that these kinds of word puzzles actually attract people with an affinity for maths and science and that the ability to think flexibly seems more important than hours of practice when it comes to solving them.

Unlike regular crosswords, which typically ask the solver to find a synonym for a word or phrase, cryptic crosswords use clues that are deliberately misleading. Solvers have to ignore this reading and look instead for a grammatical set of coded instructions to lead them to the correct answer. The problem lies in recognising and cracking the code, and the task of the crossword setter, like that of a magician, is to conceal the mechanism so subtly that the way to the answer is hard to find.

Have a look at these cryptic clues from our paper and see if you can spot where you are being misled. The answers and explanations are at the foot of the article if you need some help.

Cryptic crosswords are different from other activities previously studied to explore what it takes to become an expert. For example, unlike chess, sport or music, there are very few monetary rewards or prizes on offer, and nothing by way of global prestige. For this reason, we believed that daily solving regimes would be relatively short and relaxed, with none of the deliberate, arduous and unenjoyable training burdens that research has suggested are needed for high expertise.

At the same time, we knew that there was a wide ability range in tackling cryptics. For example, Times Crossword Championship winners such as Mark Goodliffe can solve three tournament puzzles in just 22 minutes. On the other hand, others can take well over an hour for just one puzzle, even after decades of solving. As solvers don’t do any explicit training, unlike musicians or chess players, there was an opportunity to study what other factors might have led to these performance differences.

We also felt that previous expertise studies had overlooked a vitally important aspect: whether participants had specific characteristics that could explain why they enjoyed the activity. So, our first move was to get to know the crossword-solving population by conducting a very broad survey advertised through online crossword community sites, such as those providing answers and explanations to the previous day’s crossword. As well as collecting typical demographic information, we asked solvers about their education, career, hobbies, why they solved crosswords, and whether they felt a need to engage in intellectually stimulating activities in their spare time. 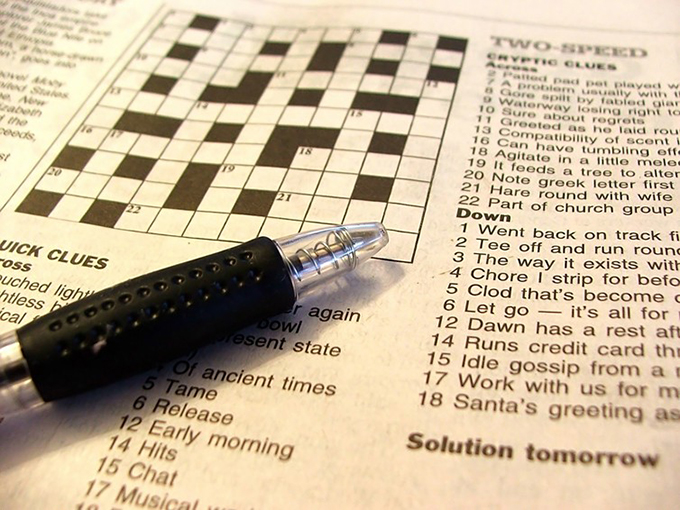 The results of the survey were very revealing. Cryptic crossword solvers seem to be academic high-flyers. Over 80% of the 805 respondents, regardless of whether they were experts or hobbyists, had a university degree (but typically went to university at a time when only 10% of the population did so), and 12% had PhDs. They seemed also to have a drive to think, an itchy brain they need to scratch whether in their hobbies or in their challenging careers.

We also found that solvers tend to be qualified in scientific fields such as mathematics, computing, chemistry and medicine. What’s more, this trend increased significantly with expertise. Some of our participants were “super-solvers” who could crack exceptionally hard crosswords or finish a tough cryptic in less than 15 minutes. Nearly a third of these solvers worked in IT, compared to just a fifth of hobbyists. Similarly, super-solvers were much more likely to have studied maths at university.

Although you might be forgiven for thinking that crossword solving was all about having a good vocabulary, this link to skill in maths does make sense. We’ve suspected for some time that solving cryptics is much more to do with a logical, code-cracking approach to the clues than having good verbal skills. This is probably why MI6 famously decided to turn to cryptic crossword solvers as a useful source of code crackers for Bletchley Park during World War II.

Finally, our hunch that practice levels would be comparatively low turned out to be the case. The time spent solving crosswords amounted to just six to seven hours a week (one or two crosswords a day) with only 20 minutes spent on other crossword-related activity (mostly to do with looking up the answers online). This didn’t vary among the expertise groups and is considerably less practice time than experts spend on other researched areas of expertise such as music.

Aptitude as well as practice

Our survey strongly suggests that having a leaning towards maths, science and code-cracking and a strong desire to engage your brain even in your leisure time are key qualities among cryptic crossword solvers. What we are not claiming is that you need to have gone to university to do cryptics. In fact, most of our participants had already started to solve in their mid-teens. But our research does suggest that there is a minimum threshold of flexible problem-solving ability for tackling cryptic crosswords, which is being reflected indirectly in the very high levels of university participation.

As with all skills, learning to solve cryptic crosswords requires engagement over a number of years to acquire a good knowledge of the rules and the common clue types. But both the experts and the hobbyists in our survey had been solving for over three decades on average, yet had achieved quite different levels of solving performance. This really does suggest that aptitudes, as well as practice, are important in this area.

Our next step will be to look at crossword solving under lab conditions. This will help us to establish exactly which cognitive aspects highlighted by the survey allow experts to outperform their hobbyist peers. Then we’ll know exactly what it takes to crack a cryptic.

Answers and explanations for the clues:

Speciality of the Cornish side that’s perfect with new wingers (5,4)

Author Bios:Kathryn Friedlander is a Lecturer in Creative Performance and Expertise and Philip A. Fine is a Senior Lecturer in Psychology at the University of Buckingham