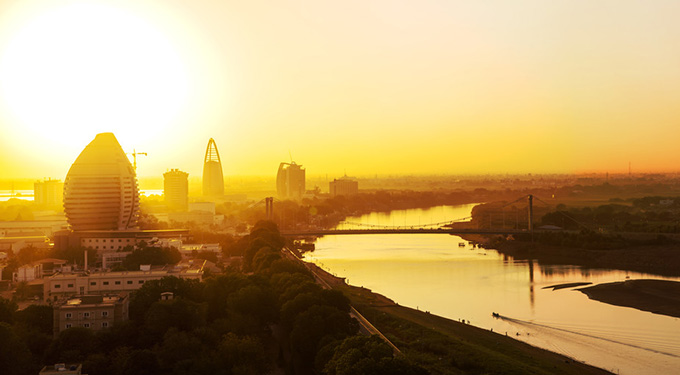 Student protests in Sudan usually centre on politics. But something different is driving protests at the country’s historic University of Khartoum in 2016: architecture and heritage.

Students are outraged after claims emerged that the university’s historic premises on the Nile Avenue have been sold off to private developers. The claims are as yet unverified, but reports suggest that the spot where the university’s heritage buildings have stood since 1902 will become a tourism hub.

If this happens, it will be because of a controversial set of documents called the Khartoum Planning Project-05, or KPP-05. The first invitation to tender on the project was issued in 2005. But the details were shrouded in secrecy and the media did a poor job of reporting about what KPP-05 entails, in an extremely poor and inaccurate manner. So it’s only recently that people have started to understand what its consequences might be for the city.

Cities, space and the built environment have incredible power that may be harnessed in positive or negative ways. The plans and projects dictating the spatial future of Khartoum seem, sadly, to lean more towards the negative and destructive. They claim to be about reshaping and revitalising Greater Khartoum. But they seem to ignore the city’s realities.

For instance, most of the city’s population is considered low-income. Yet the KPP-05 does not include proposals to alleviate urban poverty. It also doesn’t address the fact that many residential areas and houses do not comply with global standards of what is considered adequate housing. It also neglects to provide solutions for the recently developed residential areas located in the Nile floodplains. The populations of these neighbourhoods have been subjected to severe annual losses.

The plans also look set to compromise free public space. The Rivers, Tuti Island and the Mughran (meeting place of the Niles) are key identifying features of Khartoum. It seems that the intention is to densify much of the land along the rivers in the form of high rise buildings, “viewing towers” and private villas.

This raises several questions. Will these areas that have previously been “breathing spaces” for Khartoum’s residents still be freely and publicly accessible? Are the plans appropriate in terms of scale, form, social and climatic relevance and access? Or will they further claim valuable land for the benefit of a few, “pushing out” small business people and the thousands of people who benefit in various ways by having free access to the Nile banks?

Old established neighbourhoods are also at risk. The city centres, in particular the old centre of Omdurman, seem likely to be disrupted in major ways. The planning images that we’ve seen suggest that small business owners will be pushed out of such areas in favour of big capital. Markets that have existed for decades will be compromised.

The plans state that heritage buildings will be taken over for cultural, recreational and tourism functions. The government ministries that currently occupy such buildings will be moved elsewhere. There’s nothing in the plans to demonstrate a clear strategy for preserving these buildings’ heritage.

The University of Khartoum is not specifically mentioned. It remains an ominous “gap” in the plans – and perhaps this absence of proper, transparent detail is part of the reason students are so angry.

One of the biggest problems with the available planning documents is that they simply don’t define the terms used nor outline the implications. For example, a large segment of Khartoum is defined as an “investment zone” – but this is never explained. Is this land being sold off to private developers? Is this the expropriation of land from the current owners or users? Even the images that are used don’t explain much.

All of these documents have been released in fragments, via the media, rather than through a proper awareness campaign. There have been no proper consultation processes. This has undoubtedly led to the current flux of protest and anger. People are responding to rumours. They are reacting not to concrete information, but to a lack of information. And they are doing so peacefully. The students at the University of Khartoum chant the word “silmiya” – which means “peaceful” in Arabic – as they protest, to show that they do not endorse force.

Yet they are being met with violence. Some of the activists leading the protests have been detained without charge. At the time of writing, in early May 2016, one student had been in detention for nearly a month. A group of built environment professionals, who are graduates of the university, were also detained when they tried to hold a silent protest calling for the campus’ heritage to be protected.

As of May 3, the university was closed indefinitely. Students, some of them close to finishing their degrees, were dismissed – they will not be permitted to complete their studies, and their future careers are now in jeopardy.

This heavy-handed response is not new, but it remains extremely worrying that young Sudanese students trying to demand better from their government – and from urban planners – are risking their lives by doing so.

Author Bio: Amira Osman is an Associate Professor in Architecture at the University of Johannesburg. *This article was co-authored with Mariam Mohd Abdallah, a doctoral candidate at Boku University, Vienna and planner at the Ministry of Planning and Urban Development, Sudan< /p>