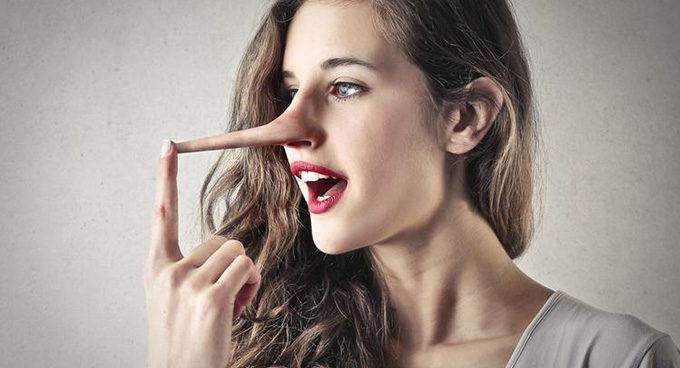 In today’s post-truth environment, university educators face new challenges. Their students are surrounded by a broader spectrum of ideologies and beliefs than ever. Some are fuelled by the US alt-right movement and the growth of similar identitarian movements across Europe.

With Brexit and Trump as its mascots, 2016 has ushered in what David Simas calls a whole new “permission structure” enabled by social media. This new structure enables individuals to bypass traditional authorities who once served as the standard bearers of acceptable political discourse, including spiritual leaders, political party elders and influential journalists.

The US elections demonstrated a turning point, in terms of emboldening behind-the-scenes supporters of totalitarian thinking. One common trick in the reactionary playbook is to invert traditional roles: those usually stereotyped as racists are depicted as oppressed victims, and those once labelled as liberal progressives are transformed into politically correct thought police.

Conservative writer David Horowitz, for example, has made a living out of this role inversion principle, targeting “dangerous professors” or “progressive racism” in his books.

So teachers and scholars have lots of work to do. How can we respond to alt-right rhetoric? What are the core skills needed to foster citizenry in democratic societies and global workplaces?

Some answers can be found in a 2013 British Council study, Culture at Work which set out to understand what qualities were most important to employers.

After surveying hundreds of Global HR managers to rank the skills, values, and attitudes most needed in new recruits to their organisations, they found some key elements, highlighted in yellow in the graph below. They observed not only emotional intelligence qualities, but also cultural intelligence elements; an “outsider’s seemingly natural ability to interpret someone’s unfamiliar and ambiguous gestures in just the way that person’s compatriots would.” 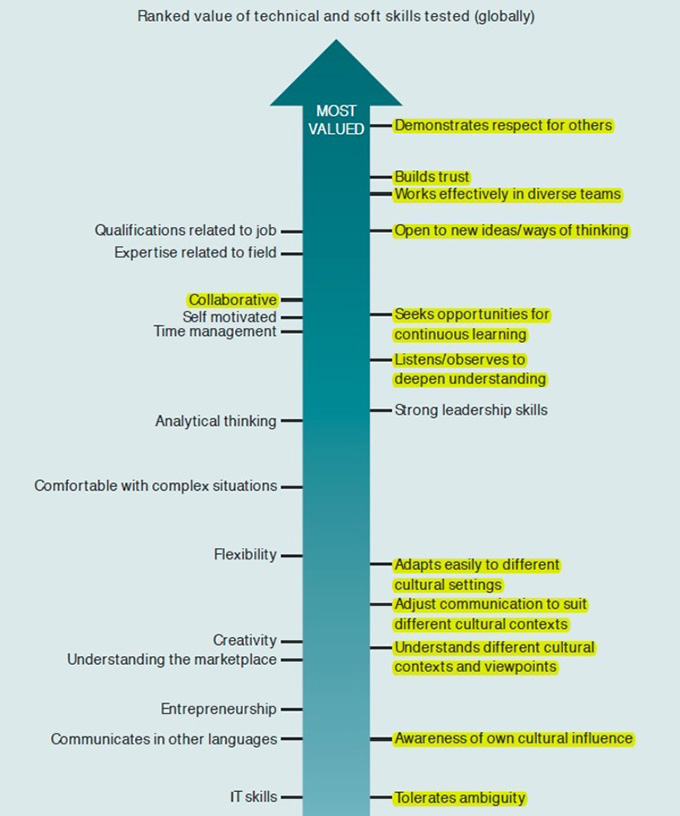 As educators, we strive for greater cultural intelligence in our students by exposing them to a variety of situations: group projects in multicultural teams, remote global team assignments in multiple time zones, and collaborating in cross-border MBA projects. And yet none of this work can take place effectively without one key ingredient.

If we look at the top of the above scale, one quality is clearly ranked higher than any other on the continuum: demonstrating respect for others.

There are a number of behaviours and attitudes which indicate respect: openness to others, willingness to listen to different opinions, and the ability to include as many perspectives as possible in decision-making processes. Below I highlight three especially useful activities in the current ideologically charged environment.

Building respect for others

Don’t underestimate your implicit bias. We live with differences within in our own families, and then in a series of concentric circles moving outwards from the nuclear family, deal with people who think, look, live, and act differently from ourselves. 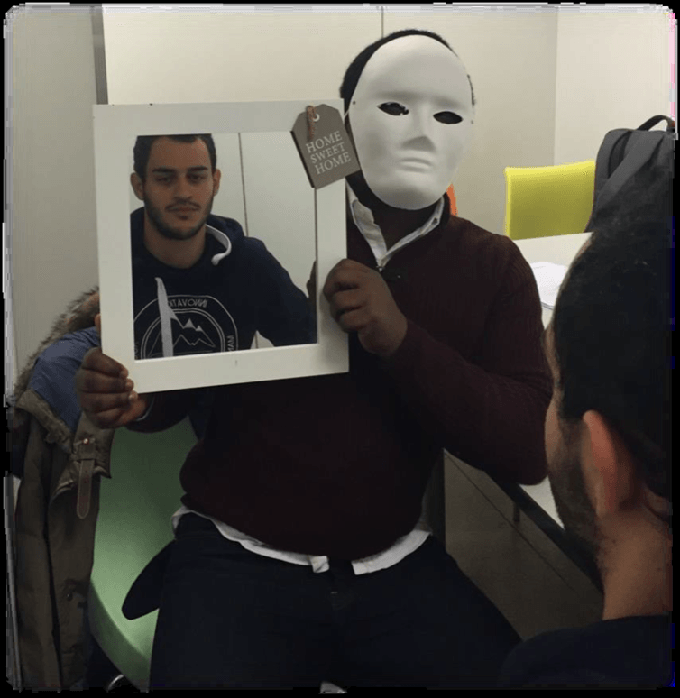 Students use masks and portraits of others to highlight otherness. Grenoble Ecole de Management, Author provided

A central aspiration of instructors in the humanities and social sciences is to raise awareness of the collectively imagined, socially constructed nature of differences in general. Identity, race, religion, or gender are human constructs and subject to human error. This is knowns as cognitive bias and entire disciplines such as behavioural economics have been founded on its premises.

Making students aware of their own preconceived ideas, or “mindbugs” should lead them to see their own blindspots: those greyish areas in which we are ignorant and unaware of our own inherent biases.

An exploration of this principle can be found in Harvard’s Project Implicit; which gathers data on implicit social cognition and the unconscious mental associations that humans make. The project’s goal is to educate the public about hidden biases and to provide a virtual laboratory for collecting data. Individuals can discover the unconscious associations their mind makes by taking one of the many implicit association tests available in multiple languages.

This way, anyone can learn about his or her implicit biases on topics like gender, religion, politics, obesity, skin colour, or sexuality. The objective is not to guilt-trip anyone but rather to experience the test and reflect on the various implications in daily life.

Not underestimating our bias means knowing ourselves a little better. This fosters greater awareness of those blindspots we all have, especially when it comes to how we perceive our “others”.

Students need to reflect on the many assumptions they make linked to social issues (race, gender, religion) and John Rawls’ Theory of Justice of the “original position” can help them do that. The original position is unadulterated by societal forces, and can be found behind a veil of ignorance where according to Rawls :

No one knows his place in society, his class position or social status, nor does anyone know his fortune in the distribution of natural assets and abilities, his intelligence, strength, and the like.

Working in small groups, students are put in the role of the original position:

“I have to state my ideas on slavery, but I do not know if I am black or white, rich landowner or poor slave, in the USA or the Saudi Arabia.”

“I have to decide on how to redistribute resources in an economy, but I do not know if I am a billionaire or a homeless person.”

Making decisions behind the veil of ignorance forces – if even very briefly – empathy and ivrespect for the position of others. 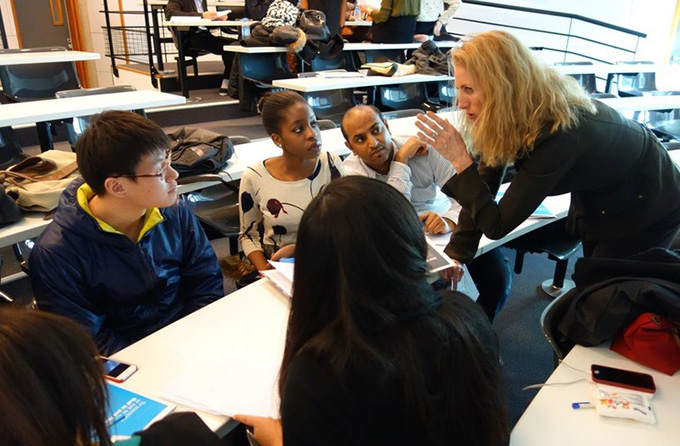 Groupwork on Veil of Ignorance debate: this one was on wearing the burqa in a secular society.

Fostering a historical consciousness and a sense of historical urgency (a strong sense of the “now”) can help students unpack cultural identity questions in three crucial ways. It can give them an understanding of their place in the world now vis-à-vis the past, help them understand the role their ancestors and respective histories have played in getting us to today, and help them grasp the irretrievable nature of the past and its errors in trying to build the future.

To do this we have a multitude of tools at our disposal. In the contemporary context, Walter Benjamin’s Theses on the Philosophy of History (1940) are quite useful in conceptualising on where we are historically.

I assign specific theses to a group of students and ask them to draw up the connections between what is written and where we are today, and then to make inferences on the implications for their own identity questions.

These theses are actually short aphorisms or statements written at a time of great historical urgency in Europe. As Benjamin wrote, “The emergency situation in which we live is the rule.” Every moment is history in the making, and carries a crucial message that we must attempt to grasp. 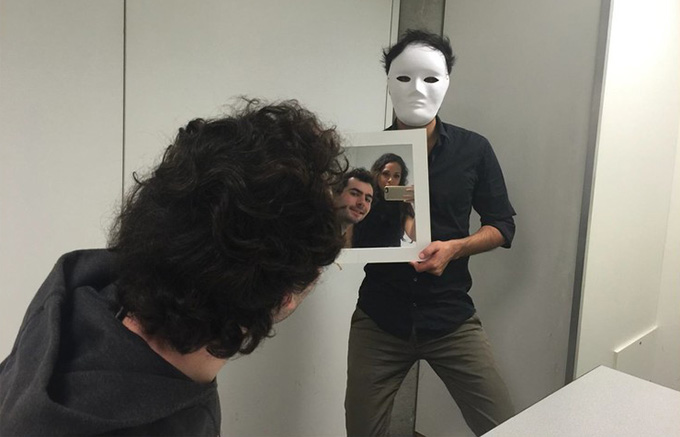 Students role play and debate after the exercises – their reactions can often be quite strong. Grenoble Ecole de Management, Author provided

Students react in contrasting ways to these activities and debates. The goal is not to gain their agreement or adhesion to a given agenda, but to push them to develop, more than ever, their critical thinking skills, and challenge their understanding of how they receive information.

Debates rage over how students will manage working with minority members in their teams, how they will react to radically different work environments and colleagues, or the big one: just who’s supposed to be doing the adaptation work, and how far should a person go when adapting?

Our job is to protect everyone’s right, even those with whom we disagree, to free expression in the classroom.

This can be done if two important conditions are met up front by students: they speak from a place of critically informed thinking, and their intention is benevolent.