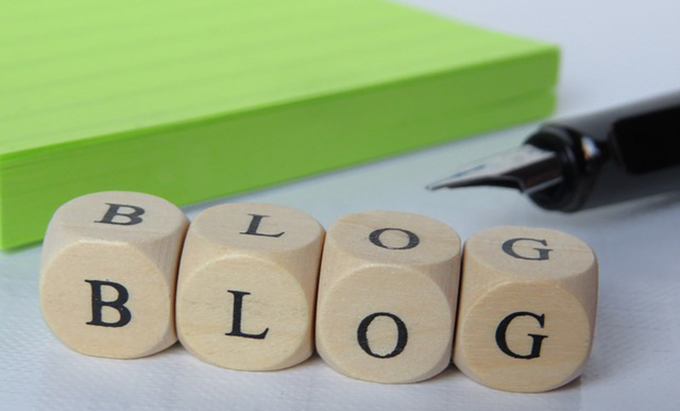 Every few months I get some joker giving me grief for posting under a pseudonym; I’d reconsider, but every few weeks I get a reminder of how fragile the position of an educator in higher education is today.

Marquette suspends controversial tenured faculty blogger whom last year it moved to fire. And university says he must apologize for some past statements to keep his job.

Some faculty bloggers do use their own names; I commend them. They often get smackdown, however:

“…dispute over his job involves comments that relate to the role of faculty members, the rights of students and same-sex marriage…”

Allow me to add a little detail to the above: a conservative faculty blogger did something wrong: he mentioned by name the antics of a student/liberal professor regarding a hot-button issue: gay marriage. This happened at a Catholic/Jesuit university, Marquette, and the tenured blogger was against gay marriage, so you’d think he’d probably be cut some slack for his faux pas.

No way. Admin wanted him fired for his mistake.

Now, faculty aren’t perfect, they make mistakes. When there’s an accusation like this, there’s supposed to be a due process. I’ve seen admin deny due process enough times to know only a fool would count on due process for fairness.

So, first thing admin does is assemble a committee; I’ve been on a few of these. Mostly, we’re told what admin wants, and we do that…or else. I’ve seen admin actually threaten faculty at my community college…there’s no real defense against this, trust me, I’ve tried.

Anyway, Marquette is an old school, established late in the 19th century, so it still has some integrity to the procedures. So, admin picks as loaded a committee as possible, and puts the screws to them:

“…seven of Professor McAdams’ peers conducted a hearing over a period of four days last September. The committee consisted of a diverse set of tenured faculty members from different academic disciplines. After months of deliberations, the committee issued a thorough 123-page report to my office…”

Four days of hearings! Months of deliberations! A hundred and twenty three page report…over some blog posts. You better believe the committee was being browbeaten, and kudos to them for holding on to their integrity.

I’ve been on committees to address a faculty member repeatedly and openly trying to copulate with students (with his MySpace page being pretty good evidence…hope I didn’t date when this happened). We didn’t take 4 months to decide what to do, admin wanted to keep him (and did, since he was cheap and had good retention. We seriously need to re-evaluate what makes a good teacher in higher ed nowadays…). Another committee dealt with a faculty convicted of lascivious acts in a men’s restroom and likewise had some, shall we say, youth-related predilections; even though the school had many underage students (from joint programs with the high schools), the committee was forced to recommend keeping him (again, the “teacher” had great retention, all students always got an “A” no matter what…seriously, we need to change the rules for what makes a good teacher).

I was the holdout one time. It was a (fake) hiring committee, and we were given no choice but to recommend a clueless, terrible, spineless, inexperienced choice for deanling, but favored by our patriarchal Megaprovost. We also had an applicant who knew what the word “integrity” meant, with years of experience, but the whole process was farce and so we could not choose her, though the committee unanimously agreed she was the best choice. I tried to move towards integrity, but there was nothing I could do, the spineless sycophants outvoted me, I was browbeaten until the vote was “unanimous” and so the awful choice was hired (I paid for that brief bit of spine-showing dearly, I promise you).

Committees are pretty motivated to make their decisions in a few hours at most.

Bottom line: we’re human beings. We don’t want 4 days of meetings, months of deliberations and 123 page reports to come to a decision. It’s very obvious admin wanted faculty to recommend firing, and it’s very obvious this old school’s procedures had allowed faculty to have some integrity. All admin could do was refuse to dissolve the committee until they gave the ruling admin wanted…hence months of threats “deliberation.”

Anyway, the kangaroo committee was not so kangaroo after all, and resisted for four months before finally giving in somewhat: no firing, but suspension for another year without pay. Since that wasn’t enough, admin just went ahead and did what they always do:

First, they lied. I promise you, you don’t have 4 months of deliberations if there’s unanimity in the committee (all the committees I was on were “unanimous” too, regardless of committee votes…”unanimous” means whatever admin wants it to mean). It took 4 months of browbeating for the committee to at least allow a suspension.

Then admin lied some more, saying the committee also recommended:

Marquette told McAdams that [he] must admit to his “guilt” within two weeks or he will not get his job back after the suspension.

Hmm, once again, Orwell’s 1984 comes to mind, a public apology for wrongthink? Not a likely recommendation from the committee:

“…the punishment imposed on McAdams was the recommendation of a faculty panel, the lawyer for McAdams said that the faculty panel never recommended a required apology. (A spokesman for Marquette declined to answer questions on whether the apology was in fact imposed by President Michael Lovell and was not based on a faculty panel’s report.)…”

Admin is lying, again. The gentle reader needs to understand these aren’t kids arguing over a foul on the playground basketball court…it’s all done in writing. If the committee’s recommendation for an apology really was given, it was given in writing, and the spokesman could just produce that recommendation and be done with it.

Much like with Germany needing to wait 7 years to get its gold back from the Fed, a thinking person can easily deduce someone is lying, and who.

I keep coming back to the question: what’s tenure worth if a “bad” blog post can lead to a couple years’ suspension without pay?

The comments section, of course, sides with the faculty over the kangaroo court ruling (the commenters don’t have admin browbeating them). One comment does seem to sum things up:

Shocked I am. Shocked beyond description. I knew nothing of this story before I accessed this link. Yet somehow I knew with metaphysical certainty that the Professor with the reticle on his forehead would turn out to be a political Conservative. How could I have known this? I must be psychic.

I’ve written before of the everyday harassment and bias conservative faculty face, and how they’re a tiny minority on campus. It’s just one more open secret on campus today. Another comment gives the reality:

A “conservative” professor being judged fairly by a panel of his peers……….not possible.

Again, trying to get 7 conservative faculty to judge this guy would be tough even at a school with a thousand faculty…and still what admin wanted to do was so outrageous that even the liberal faculty thought it was overboard.

A conservative faculty at a Catholic school posts something that could be interpreted as against gay marriage, and the admin there want his head on a platter. This kind of lunacy is quite typical today, for those few faculty that dare to say anything at all. And there’s confusion over why so many of our campuses are asylums?

Next time, we’ll hear from the tenured professor what he thinks about all this, and the likelihood that he’ll give an apology.