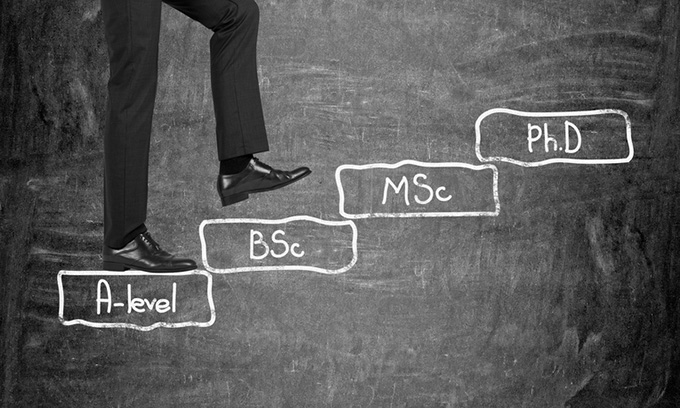 We all know the term “know how” – if you have it, you can ‘do stuff’, because you have the required skills and expertise.

Common sense suggests that the skills and expertise acquired during the PhD are those of doing research – designing a credible project; doing that project in ways that are defensible; communicating the research results in a text; and then defending the project, the results and the claims for a knowledge contribution. This is the know how that research training programmes aim to ‘teach’, and supervisors are there to support and guide.

However, the know-how that is to be acquired during the PhD is actually more than this. Doing a doctorate is not simply a matter of skills and expertise. It’s also about being able to participate in the conversations and practices of the scholarly community – even if this community is one you don’t intend to stay in after the PhD is over.

Some people understand know how as participation in a ‘community of practice’(1) in which you learn what you are already actually doing. Sound familiar? A lot of the PhD feels like this. But, regardless of how you theorise it, doing a PhD is actually not simply about learning the various hidden rules of academic research and writing. It is that, but more. It is also about learning the wider conventions of scholarly work in the academy, and how that work gets done via various forms of presentation, representation and conversation. In other words, doctoral researchers need to become savvy about and adept in the ways in which the myriad and diverse transactions and interactions between scholars are staged. These are community practices which matter.

As Ken Hyland (2000) has observed, doctoral researchers must not only learn how to use the specialised terminology of their specific discipline but also learn how speak in ways that will be understood and deemed appropriate within their community. So this means learning about the key players in existing conversations and the ways in which their work and words are referred to. And it means learning about the relations between experienced members of the particular disciplinary community, and how the relations within whole community – with its various levels of expertise from new entrant to senior member – are managed.

This wider task of acquiring know how is often at the heart of PhD shared stories. People talk about the combined struggle of doing the research, writing the text, and becoming a scholar – the process that Barbara and I call text work/identity work. Told and written by doctoral researchers, and those past the examination, such shared stories allow writers to reflect on the plethora of non-textual strategies and research moves that they had to learn. For example:

• How do you learn how to present work to others in response to the question, “What is your PhD about?”

• How do you learn to refer in conversation to the writings of other people, writings that were vital to your research, without sounding like an essay or a try-hard or someone not sure about themselves and what they are doing?

• How can you explain your research in ways that don’t end up in an unwanted supervision session, rather than a more equal scholarly conversation?

For some helpful, focused, PhD know how stories, I often send people to the library to find the book “Learning the literacy practices of graduate school. Insider’s reflections on academic enculturation” edited by Christine Casanave and Ziaoming Li. Many of the chapters are written by postgraduate researchers and their supervisors, some by PhDs or post docs reflecting on their experiences. And a serious number of the chapters are written by PhDs whose first language is not English; they faced an additional range of cultural know how challenges. All of the contributions focus specifically on the kinds of textual and conversational difficulties that the writers experienced during their doctorates, the questions that they were afraid to ask and the ones they did ask, and the strategies that they developed to develop scholarly know how.

All of the writers experienced aspects of their postgraduate years as “secret business”. Some writers use the metaphor of doing the PhD as coming to a foreign territory; this helps them to think about the tangled set of specialised language, cultural conventions and vernacular expressions that they had to learn. Tracey Costley, at the time of writing her chapter enrolled in a PhD in a London university, reported her experiences of shifting from thinking about “know that” to know how:

I tried to stand back from all that was going on around me and began to take a look at what people were doing to see if I could understand what was going on, just as a tourist might do. In this light, everything became a learning opportunity. I realised that I usually sat in seminars and conference presentations concentrating on what was being said as opposed to the how of what was being said. I realised I paid no real attention to the language techniques people use to structure and present their ideas. As I began to listen for more than content I began to hear the ways in which people pose questions, make reference to publications, and generally take control of the topic at hand.

Similarly I started to make comparable observations in texts. Instead of reading for content alone, I started to look at the different devices people use to structure their work and present their arguments. For example, how do writers make reference to other texts and how do they use references to make their own stances and positions clear? How are arguments signposted, supported, and developed across texts, and how to people introduce the theoretical backgrounds from which they are drawing? This focus on form raised my awareness of the ways in which both writers and speakers handle the literature and concepts they are using and how these formal features are used to scaffold their ideas and ultimately their voices.

That’s a long extract I know, but I wanted to give a flavour of the focused reflections that are in the various book chapters, and the ways in which they variously unpack the question of what is involved in scholarly ‘know how’. Costley for instance addresses the kinds of meta discourse typically used in scholarly talk. She shows how getting on top of the talk also helped her writing.

The chapters in the book all show the importance of attending carefully to the question of know how, in order to accomplish the text work/identity work required for successful PhD completion – which is, as the writers in the book say, creates safe passage into an academic community of practice, and the scholarly conversation.

(1) Jean Lave, an anthropologist, draws on studies of tailors and their apprentices in order to develop insights into know how, including know how in research training. If you have fifty minutes to spare, you might want to watch Jean Lave talking about communities of practice and learning to be, do, speak and write, via apprenticeship.