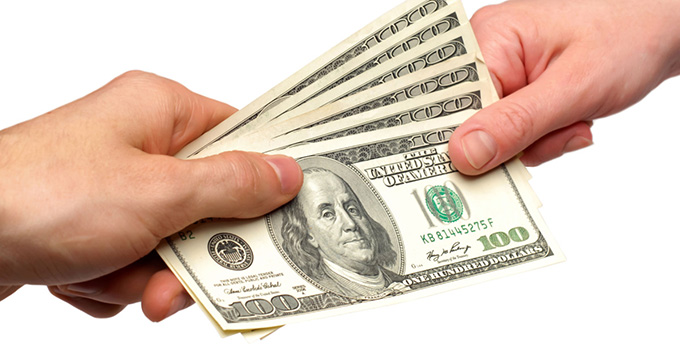 So I’m looking at Cooper Union, a school that was recently plundered wholesale by administration. This really isn’t that special an occurrence; across the country, school after school is being looted like this. The only difference here is Cooper Union gave free tuition for its students, and so only had a finite amount of money to be stolen, stolen by an untouchable caste of administrators that simply can’t be stopped. Because of the theft, this school is no longer free, and must charge tuition.

These looters followed the template of our “leaders” in higher education, which is to take everything that isn’t nailed down and slam it into their bank account. Shady real estate deals, as is so often the case, are present here as well, as unnecessary buildings went up (in exchange, I’m sure, for huge kickbacks to administrative bank accounts):

“In reality, the Engineering faculty were dead-set against the plan, they did not want the new building at all, and Middle States, which accredited the department, had said nothing at all about any danger to its accreditation.

Indeed, the statements…were so clearly false, especially to anybody on the engineering faculty, that the entire thing was kept top secret…”

These administrators outright lied to the faculty, but that’s not a crime—if it were, every administrator on every campus in the country would be in jail. The administration also lied in writing to the attorney general…why can’t they be arrested for their crimes?

If accreditation were legit, this whole sham could have been stopped in short order. There should be some arrests of accreditors, too. That won’t happen despite accreditors being accomplices to the fraud, and the gentle reader can guess why.

I’m only lightly going over the extensive fraud and corruption here, because I want to get to the real tragedy.

“…Cooper Union was never the richest school; its facilities could be shabby, its faculty underpaid. And yet it was always an undisputed center of excellence, with the very best students, celebrated teachers, and a universally heartfelt social mission which brought everybody together in service of the same cause…

“Cooper Union’s finances are dreadful, and the fact that it charges tuition is a dereliction of everything Peter Cooper stood for. George Campbell, Jamshed Bharucha, and Mark Epstein should be shamed for what they did. It will take something approaching a miracle, or at least a couple of hundred million dollars, to get Cooper Union back to where it was…”

Despite what our Poo Bahs of higher education say, it doesn’t take a huge fortune to educate people, and it sure as heck doesn’t require hugely paid administrators: it takes a cadre of honest educators. This school, like so many others, has been plundered, with every asset looted by the administration. It will never realistically be able to offer free education again.

Time and again I’ve been struck by the immense arrogance of administration; even when, objectively, they’re wrong, they won’t just admit it. The trustees are little different:

Far from apologizing for egregious mismanagement, the board continued to talk about “turning adversity into opportunity.” The new plan was to use tuition money to ensure that Cooper was always “equal to the best” colleges in America, which was code for adopting their business model of using tuition fees to pay for constant expansion and cost inflation. In other words, they were giving up everything that made Cooper Union special and unique, to become just like any other small liberal-arts college.

Now, a free school doesn’t need a huge bureaucracy or ridiculous amenities…students *want* to come to the school because it’s obviously a special place, and they’re going to work hard to take advantage of their very special opportunity for a free advanced education. Now that Cooper is charging tuition, a new administrative bureaucracy must be created, to attract students, and to coddle the students during their years they spend trying to get a degree. In short, a very special school that was giving free education is gone, to be replaced by one more school that will look just like every other school out there: endlessly scrounging for more, more, more, students to pay tuition. And it’s all because a bunch of thieving administrators were allowed to take whatever they wanted, with nobody in a position to stop them. There is at least an attempt, via the AG, to try to return the school to its former status, by creating a legitimate board of trustees filled with, you know, people that can be trusted not to loot the school:

The board will also have many more students and faculty on it, including a broadly-elected alumnus as either chair or vice-chair. What’s more, anybody who was on the ill-fated board of 2006 will not be allowed to get reappointed to the board, and none of them will serve beyond December 2016. (That would include the current chairman, Richard Lincer.) There will also be a financial monitor, who will essentially serve as an independent reality check on what the board is saying.

This is too little, too late. The situation is hopeless, short of a $200,000,000 donation or the like. That’s about how much was stolen here, if you want a monetary value…I can’t even begin to address the loss of a free school in terms of value to humanity.

The fact that the untouchable thieves who stole the money will get away free is just an outrage, any everyday outrage at many of our schools. The real tragedy is a free school that stood for over 150 years is gone, to be replaced with a plundered ruin that may linger a few years, before eventually shutting its doors.

Across the country, school after school is being run this way. While public schools have a nearly inexhaustible supply of tax dollars, shouldn’t the public know that their schools of higher education, and money, are being taken care of in a way very similar to Cooper Union?