To their credit, successive British governments have entertained a wide range of answers and strategies when addressing these questions. Ahead of a comprehensive government spending review on November 25, two major policy statements were published in just this spirit.

First, a government green paper on teaching excellence looked at the social value of academic training, followed by recommendations by the president of the Royal Society, Paul Nurse, about the architecture of academic research funding. That these reports are quite different in conception and character points to a much deeper problem.

From the standpoint of the state’s balance sheet, a university is basically a provider of two or three social services: teaching, research and maybe the sort of thing that Americans call “extension”, such as public engagement and practical applications, which typically happen off campus.

Of course, the state is rightly concerned about all these things – but it understands them largely as separate matters. You would never guess from the state’s balance sheet that all of these services might be performed by the same entity, sometimes even by the same members of that entity – a university.

Efforts to determine the value added by universities to society often fail to recognise the university’s corporate integrity. Yet university administrators are reminded of this point whenever they make an academic hiring decision. Academics do not simply teach and do research: they are teacher-researchers. It is the value added to society by nurturing this complex role that should be at the forefront of the state’s thinking about the criteria used to fund universities.

After all, even advanced technical training can be provided more efficiently than by attending university. There are also more efficient places to work to produce innovative research than a university. Nevertheless, the corporate integrity of the university rests on the idea that teaching and research should be conducted, if not by the same people, then at least by people in regular contact with each other.

It follows that the value added by universities to society should be judged by the difference that this idea makes to the quality of the training and research provided – with the understanding that the market is open to other providers specialising in either training or research exclusively.

A university-based education does more than just enable students to pass exams and acquire credentials. It exposes them to cutting edge research in their chosen field of study – even if that research is soon likely to render the “correct” answers they give on their exams obsolete.

University-based researchers take their work to be of value not merely to like-minded researchers but, at least in principle, to any interested intelligent person, including those sceptical of the fundamental premises of that research. These matters are reflected in, say, regularly updated course outlines and ongoing public engagement. But it would not necessarily be reflected in evaluations by students of their course lecturer or, for that matter, academic peer evaluation on which research publication is based.

So does such the teacher-researcher role add sufficient value to society to be worthy of sustained and dedicated funding? Flesh-and-blood academics all too often fall short of performing this distinctive hybrid role. But here the state’s balance sheet bears a major share of the blame.

As long as universities derive a significant part of their income from addressing teaching and research as separate matters, administrators will try to game the system to maximise each function separately in their hiring decisions and internal allocation of resources.

In effect, the university will be segregated into “teachers” and “researchers”, both on short term contracts and neither with an incentive to engage with the other’s activities. This tendency may be the biggest long-term threat to the university’s corporate integrity, insofar as the its unique selling point is its staff who are both teachers and researchers at once. 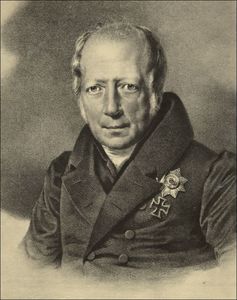 But why should the state, as the custodian of society, be interested in sustaining the teacher-researcher role that underwrites the university’s corporate integrity? The answer is a version of the original one put forward by Wilhelm von Humboldt, the great philosopher-administrator of the modern university, 200 years ago. His vision contributed to a successful strategy for propelling Germany onto the world stage at a time when it was playing catch-up with the economic and political innovations emanating from Britain and France.

There is much talk among politicians – but also increasingly scientists – about the need to foster a “climate of innovation”, but fidelity to the concept requires more than using the word “innovation” a lot and boosting each and every crazy idea to “paradigm-shifting” status. Rather, it involves the public’s exposure – both in and out of the classroom – to people who embody the dynamic rush of intellectual life yet manage to bring it into focus so as to live up to the Enlightenment motto: “Knowledge is power”.

These people – “academics” in Humboldt’s original sense – inspire by pointing the way forward. They routinely move others away from their comfort zones, as they move themselves from their own. It is in this deep sense that universities provide a “climate of innovation” which merits continued state support.

Author Bio: Steve Fuller is the Auguste Comte Chair in Social Epistemology at the University of Warwick