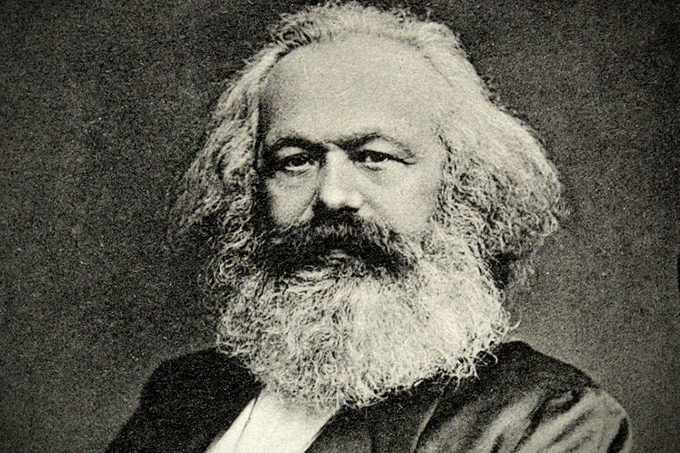 Higher education is often referred to as the “ivory tower,” but a better metaphor would be a field of ivory towers. Every department is its own ivory tower. At the university level, I seldom so much as see someone from another department. While I might well know something of what goes on in my department, I just had no idea how bad things were elsewhere.

When Yours Truly adopted The Communist Manifesto in a class on “Capitalism and its Critics” one student complained that it was the fourth time he was required to read the book, but the other three professors treated it as a roadmap for a future America, not a poisonous historical relic…

I’d been told many times that our campuses were as much centers of indoctrination as education, but I remained skeptical, even after years of hearing such things. I saw nothing of the sort with my own eyes, after all…little realizing how isolated I was, or how math departments were relatively free of the indoctrination.

I saw a few things with my own eyes, of course, though never enough to convince me.

“…in the upscale neighborhood was an ice cream store. One of the confections on sale was ice cream in the shape of a very large female breast, covered in a chocolate coating.

This shows how wealthy white people, even in the 20th century, still long for their huge black mammies of the slave-owning days.”

–paraphrased excerpt from a textbook used in a course on a community college campus. I feel the need to point out: this passage was not in the book as an example of ridiculous thinking for educated people to point at and laugh.

When I was at a community college, I was exposed to the silliness of gender studies, but only because students handed out lollipops for a grade (and so I got lollipops, each with a little note indicating how great women are), or students carrying bags of sand to represent the burden of having a child…such things didn’t convince me of indoctrination as they did of the utter goofiness of that field, focusing on making students feel good instead of on actual knowledge. Occasionally a student would leave a textbook behind in a classroom, and I’d read a bit and be stunned at the gibberish. I was, like most anyone, embarrassed at what went on at the community college…but I still wasn’t convinced this was full on indoctrination.

But now I’m looking up from my books, looking outside my department at the university level. I see our campuses often devolving into riots over the silliest things, see people terrified to say a word out of line. I also see people believing the most ridiculous things, beliefs that could only exist through the reinforcement of indoctrination.

Allow me to present an example of the ivory tower I’ve lived in. In math departments, we change textbooks every three years. Even if we don’t change the books, every few years we look at our textbooks, look at what else is available, and decide if we’re still using the best books we can. Even though mathematical concepts are basically immortal, we still change the books, or at least consider changing them, on a regular basis.

Ok, I’m showing my age with that previous paragraph. That’s how it was years ago. When I developed an online course in the 90s (I really was one of the first, and I’m sorry for it), I designed the course to account for a changing textbook. Nowadays, we keep our textbooks longer, because there’s often an associated online component the institution buys as well…it’s so much trouble and expense changing the books and the associated software that we rather stick with a bad book rather than even consider changing. The publishers are clever like that, not that I’m criticizing them.

Anyway, in my ivory tower, I just assumed all the departments changed their books more or less regularly. While mathematics might be immortal, most other fields are forever changing and advancing—much of what Freud taught a century ago has been invalidated, for example, and other fields are often unrecognizable from what they taught a century ago. Even in literature, even if Shakespeare is studied, there are ever newer books explaining in ever better depth Shakespeare’s works.

That’s how it’s supposed to work with knowledge: the best we know is forever evolving, forever finding better ways to explain what we know.

Indoctrination is a different matter entirely: truth is whatever authority says it is, and is reinforced through mindless repetition. It can’t afford to change, because change can only come from asking questions, a big no-no for indoctrination.

So what to make of this:

As a philosophy that killed (and is killing) many millions of people (hi Venezuela, sorry you’re not in the news despite being a huge failure for communism…or is it because?), I totally agree that his ideas should be studied by specialists, but I see no need to make his book, well over a century old, a top mandatory read for everyone. It would be far better to have a textbook that dissects the Manifesto, slicing up each concept and discussing how each part led to disaster.

This old book is freakishly popular:

The Communist Manifesto ranks first among texts assigned in New Jersey, Wisconsin, Indiana, New Hampshire, and Washington State; second in New York, Iowa, and Virginia; third in Massachusetts and Minnesota; fourth in California and Connecticut; seventh in Illinois; eighth in Georgia; 22nd in Tennessee; and 72nd in Texas.

Overall, it’s the third most popular book our students must read. The top two are Plato’s Republic (a good foundation for modern civilization, and Plato’s ideas haven’t caused millions of deaths) and The Elements of Style (another good foundation book, although I suspect it’s used more as reference than reading).

I’m saddened to see no math books in the top 100—who would have guessed that mathematics, the least subjective of all disciplines, would be so incapable of agreeing on a good book? In my ivory tower, I just assumed other disciplines likewise changed through books often, but back to the point.

Why are we pushing this monster’s Marx’s ideas so hard in higher education? I concede it’s an important albeit disastrous political philosophy, but any consideration of Marxist utopian ideas (all his book could possibly contain) must be tempered with the grim murderous reality of the consequences of following those ideas (which can’t possibly be in that book).

Krugman’s book on Economics is #85, which is still a bit too popular I think; maybe Keynesianism isn’t as lethal as communism, but I suspect that’s because we haven’t given it enough time. What economist is the most popular?

…Marx is the most assigned economist in college courses…

Wait…what? This guy dominates economic as well as political thought? Seriously? Many communist nations suffered starvation, severe starvation, massive depopulation-style starvation, and extreme economic hardship, because a communist economic system is so generally terrible people cannot thrive under it, merely survive, and not all can even manage that.

Much like with the Diversity studies text I quoted above, I strongly suspect the Manifesto isn’t being studied as something to point at and laugh at how ridiculous it is in terms of economic theory.

I guessed Marx to be popular in politics, and apparently he’s also a big man in economics. Just how dominant is Marx in higher education?

Among History texts, however, The Communist Manifesto ranks fourth, in the field of Sociology texts, it comes in third, and in Politics, it ranks eighth.

So its best strength is in Sociology, the study of group behavior. Insofar as group madness is legitimately worth studying, I can see a book on communism being of some interest there, although it really seems like we’d have made some advances in the field over the last century.

And so I consider the fact: these fields use the same book, for over a century, with no possibility that it can be improved upon, no concern for the empirical evidence, and a student must have Marx’s ideas repeated to him, verbatim, over and over again as he studies economics, history, sociology, politics, and who knows where else it appears.

I have to concede that, yes, that sounds more like indoctrination than education. I am, however, grateful that in the ivory tower of mathematics, Marx has no relevance.