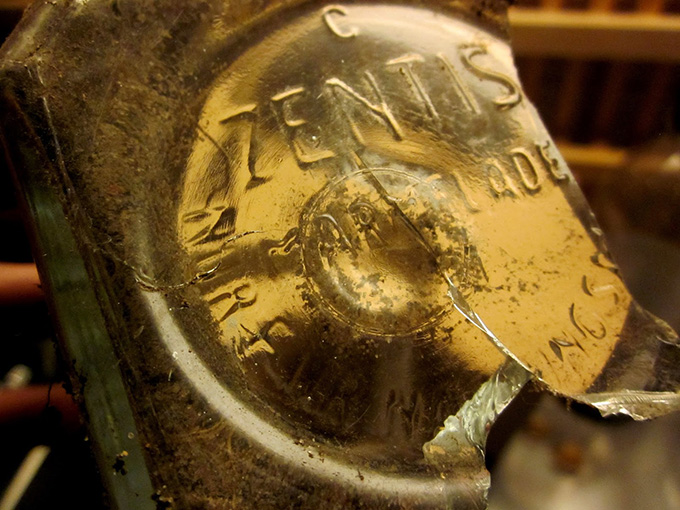 This semester, I’m teaching my history undergraduates about the Falklands War. As I prepared for one recent class, I gathered examples from my own collection of British tabloid newspapers from 1982 as a primary source. I was however concerned about six copies of the Daily Star, which included photos of topless women. Determined not to offend my students or prompt a complaint, my first inclination was to remove the pages, but I did not want to censor content, particularly as some of these images reflected on the jingoistic coverage of the war – showing models sporting a sailor’s cap or toting a rifle.

I settled for a trigger warning at the beginning of the session: “If you are going to be upset by images of semi-naked women don’t look at the Daily Star, pick one of the other papers.” Some chose to look at it, some didn’t. It was all very light-hearted, and made my previous worries seem unwarranted. But would it have passed so well without the trigger warning? Possibly not. As it was, I had the opportunity to do the right thing and allowed the students to make their own decisions.

We had barely finished flicking through those old newspapers when today’s press once again got exercised about that old chestnut: political correctness gone mad. A trigger warning given by one of my colleagues, Gabriel Moshenska, an archaeologist at University College London, was lambasted in articles in the Daily Mail and The Spectator. Like me, he teaches conflict archaeology, which sheds light on human experience through the study of the physical remains of past wars and other forms of conflict. Also like me, he provides a trigger warning before classes with potentially upsetting content, telling students they can step outside if they wish to. He is right to do so.

Archaeology is not just about old bones. There are times when skin, hair and fluids are involved, and yes, even old bones can heighten stress levels. I think back to the mass graves of Australian soldiers buried by the Germans at Fromelles in 1916. My team and I located and evaluated them on behalf of the Australian government and although the remains were skeletal they were still upsetting, with many of them exhibiting the trauma caused by a machine gun burst or grenade blast. Even now when I lecture about the project, it’s hard not to get a little choked up about those young men who died such brutal deaths.

This doesn’t make me or my students a wuss or mean that I need to man up – it makes me a human being and one sensitive enough to deal with the remains of the dead in a professional and respectful manner. 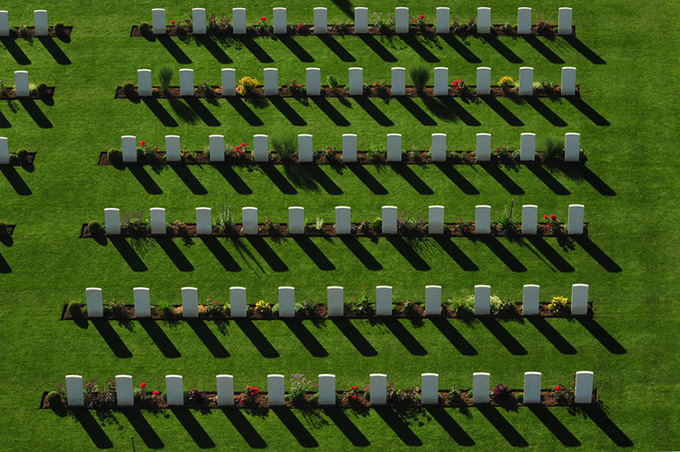 The cemetery at Fromelles. CWGC/flickr,

Some of the material I refer to in my classes is disturbing, with images of the dead appearing regularly. Some of it is material that disturbed me when I first encountered it, and it might well disturb my students. Students are a diverse group, and some of them might have suffered domestic abuse, violent attack or trauma in war – and in some of my classes I know that they have. In these cases, such exposure might trigger flash backs or aggravate recently suppressed trauma. It is only common sense to provide these individuals, and those who just can’t stomach images of dead bodies in shallow graves, with the option to walk out of the classroom.

As part of the Masters course on conflict archaeology and heritage at Glasgow University we present examples from forensic archaeology, at times using examples from crime scene cases we have worked on, some of them very unpleasant. It would be totally irresponsible for us not to issue a trigger warning before the class – which would allow the student to leave the room and catch up on course content in a manner more comfortable to them. Responses to this material are difficult to gauge and the suggestion that students shouldn’t have chosen the subject in the first place fails to accommodate the complex nature of individual responses, which might even fluctuate from one day to another.

Trigger warnings have their place

For some time now, the British press has been looking aghast at the situation on university campuses in the US, where trigger warnings and safe spaces have become common place. Now that the trend has crossed the pond there is greater urgency and indignation that the dreaded “PC brigade” are being molly-coddled by left-leaning academics.

In some areas there is perhaps cause for concern, and most definitely debate, if it panders to one group over another prompting an air-brushing of history or threatens freedom of expression. For example, Oriel College at the University of Oxford will not remove a statue of the 19th-century imperialist Cecil Rhodes despite pleas from some quarters that it caused upset. British universities have also experienced a wave of no-platforming of speakers likely to cause offence.

But when it comes to teaching courses with graphic and traumatic content involving past atrocities and death, caution is a must. Do these same journalists get so agitated when a film on TV is preceded by a simple warning that it contains scenes of a sexual nature and graphic violence? I suspect not. It is my opinion that a trigger warning is a mutually satisfying arrangement between student and teacher, and I for one hope they are here to stay.

Author Bio:Tony Pollard is Professor of Conflict History and Archaeology at the University of Glasgow