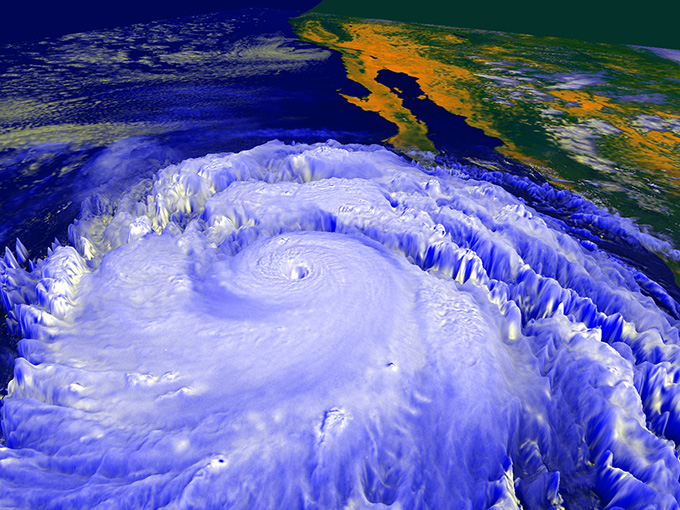 Climate research conducted at NASA had been “heavily politicised”, said Robert Walker, a senior adviser to US President-elect Donald Trump.

This has led him to recommend stripping funding for climate research at NASA.

Walker’s claim comes with a great deal of irony. Over the past few decades, climate science has indeed become heavily politicised. But it is ideological partisans cut from the same cloth as Walker who engineered such a polarised situation.

Believe it or not, climate change used to be a bipartisan issue. In 1988, Republican George H.W. Bush pledged to “fight the greenhouse effect with the White House effect”.

Since those idealistic days when conservatives and liberals marched hand-in-hand towards a safer climate future, the level of public discourse has deteriorated.

Surveys of the US public over the past few decades show Democrats and Republicans growing further apart in their attitudes and beliefs about climate change. 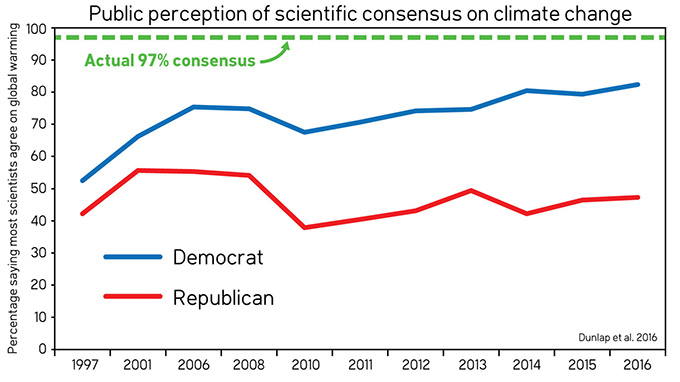 How is it that party affiliation has become such a strong driver of people’s views about scientific topics?

In the early 1990s, conservative think-tanks sprang to life on this issue. These are organisations promoting conservative ideals such as unregulated free markets and limited government.

Their goal was to delay government regulation of polluting industries such as fossil fuel companies. Their main tactic was to cast doubt on climate science.

Using a constant stream of books, newspaper editorials and media appearances, they generated a glut of misinformation about climate science and scientists.

The conservative think-tanks were assisted by corporate funding from the fossil fuel industry – a partnership that Naomi Oreskes poetically describes as an “unholy alliance”.

Robert Walker also brought up the topic of agreement among climatologists. The scientific consensus on human-caused global warming is a topic I’ve been rather heavily involved in over the past few years.

In 2013, I was part of a team that analysed 21 years worth of peer-reviewed climate papers. We found that among papers stating a position on human-caused global warming, 97% endorsed the consensus.

This led us to publish a follow-up paper summarising the many different studies into consensus. A number of surveys and analyses independently found around 90% to 100% scientific agreement on human-caused global warming, with multiple studies converging on 97% consensus. 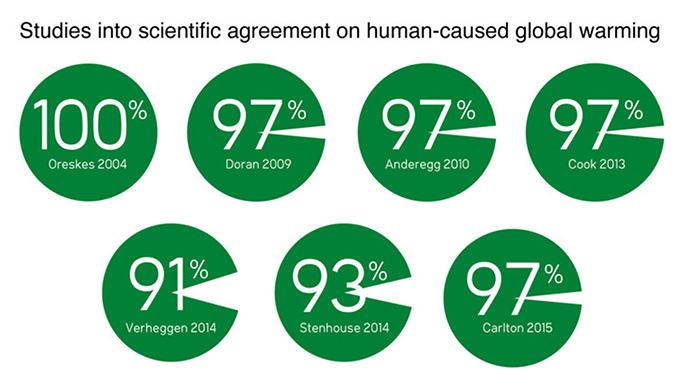 Conservatives dutifully heeded the market-research-driven recommendations from Luntz. One of the most common arguments against climate change in conservative opinion pieces has been “there is no consensus”.

Their persistence has paid off. There continues to be a huge gap between public perception of consensus and the actual 97% consensus among climate scientists (although new data indicates the consensus gap is closing).

In the following graph, taken from my own research into public perceptions of consensus, the horizontal axis is a measure of political ideology, with liberals to the left and conservatives to the right.

This “liberal consensus gap” has two contributing factors: a lack of awareness of the 97% consensus, or the impact of misinformation. 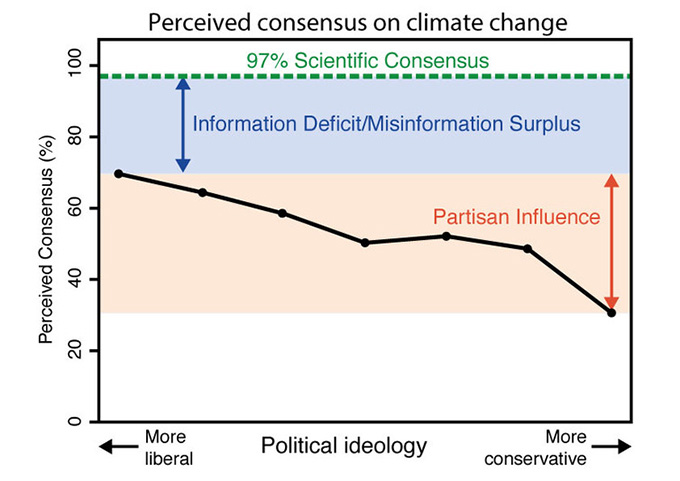 The consensus gap: the divide between public perception of consensus and the 97% consensus. Skeptical Science

This data, consistent with Riley Dunlap’s polarisation data mentioned at the start of this article, indicates that many conservatives think the consensus is around 50%. This matches what Walker claimed to The Guardian:

Walker, however, claimed that doubt over the role of human activity in climate change “is a view shared by half the climatologists in the world”.

Given the multitude of studies finding consensus between 90% and 100%, where does this 50% figure come from? Further clues come from an interview on Canadian radio where Walker again claims that only half of climatologists agree that humans are causing global warming.

The source for Walker’s consensus figure seems to be the National Association of Scholars, a conservative group that lists “multiculturalism”, “diversity” and “sustainability” in academia as sources of concerns. A press release on the group’s website includes the following excerpt:

S. Fred Singer said in an interview with the National Association of Scholars (NAS) that “the number of sceptical qualified scientists has been growing steadily; I would guess it is about 40% now”.

Multiple studies have measured the consensus among climatologists by diverse methods including examining their papers, looking at their public statements, and simply asking them.

But Walker doesn’t appear to be interested in evidence. Instead, he seems to be relying on an unsupported guess by retired physicist S. Fred Singer.

It’s telling that Walker cites conservative sources in his efforts to manufacture doubt about the scientific consensus. If there is any politicising of science going on, it appears to be by Walker, not by the scientists.