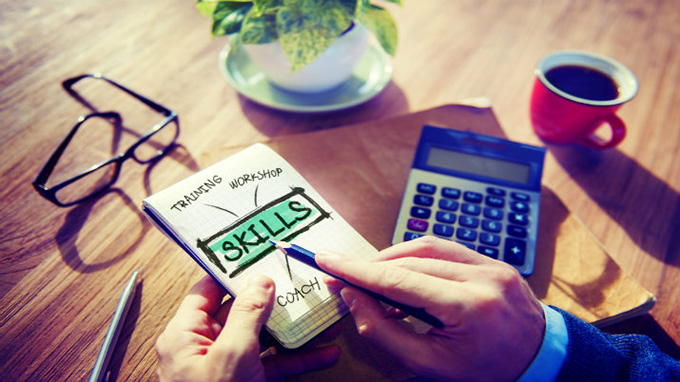 So I’m looking at a very thinly veiled fiction book, College Leadership Crisis: The Phillip Dolly Affair, which details some of the truths of community college in America today.

Last time around I took a small glimpse inside the Poo Bah’s mind, and found it filled with edu-speak gobbledygook, along with whining about not getting enough money for his leadership. Now we’ll take a peek at the other people commonly found at a community college:

Even so, fifty-four of our faculty are enrolled in an Ed Leadership Program because they, too, want to become CCC administrators and earn large, comfortable salaries for attending boring meetings and out-of-nation conferences, and eventually purchase lake front property.

—I’ve written of how bizarre the Ed Leadership training is.

While the book is from 2004, much of what it has to say is still valid. I was surprised to learn how many of the faculty/administrators at my community college were simultaneously enrolled in Education or Administration doctoral programs; once it got out that I was legit (not a given at a community college), many of these people came to me for help with their dissertations.

Don’t get me wrong, people should push ahead, but I couldn’t dream of doing a full time job while getting a doctorate in a legitimate academic field. Nevertheless, 25% of the staff, possibly more, at my school (no idea of others) were getting or already received their doctorates this way. This speaks to two things: first, administrative jobs are pretty light. For most of higher education’s existence they were part time jobs—very busy at the beginning/end of the semester, pointless otherwise.

Next, and more importantly, doctoral programs in Education/Administration are a joke. Having taken the most advanced, 8000 level, administration course available, as well as graduate level Education courses, I can assure the gentle reader of this. And so our schools are filled with graduate students pulling down 6 figure salaries while “studying” leadership skills. We’re literally paying these people to award themselves degrees so we can give them more pay.

Those are the kind of people running the place. Let’s look at a recently retired faculty from the community college:

Mr. Hose made a mistake when computing his retirement pension. He retired one year too early, and this error will cost him 646.40 dollars per month for the rest of his life.

There are many weird retirement rules, and faculty getting screwed at retirement is quite common. Again, only long time insiders know about this, because the screwed faculty is gone from campus…it just never makes the news, since only a few are cheated at any one time.

He was never able to pass his CPA exam, and has trouble doing his own taxes.

Again the book is being a little subtle, so I must highlight again. This former faculty member who messed up his retirement, can’t pass the CPA exam, and can’t do his own taxes? He was the accounting professor for 17 years…he was at the school to teach people how to plan for retirement, how to pass the CPA exam, how to do their taxes.

It’s so funny, every month someone writes me and asks “are you at my school? The stories you tell are just like my place…” Here in this book, I feel as though the authors are describing my school, because the situation there was much the same.

Now, absolutely, you can find good and competent teachers in a community college. Bottom line, however, is community college administrators only want to get the cheapest faculty they can find. This is all well and good when you want someone to teach “Women are Superior 101,” “Sexual Deviancy 101” and “How to Be a Homosexual 101”…the people with graduate degrees appropriate for this type of coursework can’t find jobs in the real world, and so are quite willing to work for peanuts.

On the other hand, when it comes to legitimate job skills like accounting, well, yeah, a skilled accountant can make two to ten times as much as an accountant than as a teacher at a community college. You can find good and competent job trainers…but realize these would be the exception, because admin doesn’t really want these kind of people around, and certainly won’t pay for them.

And so, the more useful job fields at the community college will quite often be taught by the least skilled in the field. This assumes the field will be taught at all. My own community college used to have a computer science degree program—believe you me, computer skills are in high demand. Unfortunately, we simply could not find anyone with the appropriate skills willing to work at the miserable pay admin was offering. Computer skills are in such demand that even the completely incompetent can find work that pays well, and not be treated like garbage, two advantages over being a community college professor.

Rather than pay a fair wage for skills that would actually help the community, administration shut down the program…some universities have done the same, shutting down programs with skills so valuable in the marketplace that they can’t hire faculty willing to work for nothing to teach the skills. This is just reality: you’re not going to get top rate things at a cut rate price, and administration would much rather put the money in their own pockets than do honest work helping people.

While many students at community college are just kids being suckered out of their loan and grant money, there’s a distinct sub-class of student that is seldom discussed: the non-academic student there for a job certificate:

Gert poured herself a shot of cheap tequila and got out her art history book. Her four kids were finally asleep. Gert is thirty-six years old.

You might say she had been a bit of a party girl back in her late twenties. Gert had been quite happy with her routine—back then she had worked at Sticky-Mart…

Her parents wanted her to go on to college, or cosmetology school, after she finished her GED, but she would hear nothing of it…

She even worked as an exotic dancer for a few years…

…Now, fifteen years later, she was holed up in a twenty-six foot travel trailer with her kids, living on welfare…

The book is from 2004, and this was before the huge Pell grant scam filled our campuses with desperate nomad students, going from campus to campus getting scraps of Pell grant money. Pell was a small thing a dozen years ago, but it’s expanded by many billions since then (don’t believe the crap about how tuition is rising because government support is dropping).

My own school also had numerous “exotic dancer” students, able to realize that such a career really can’t last 20 years, and very interested in a way out, a way that should be provided by community college. Unfortunately, they get suckered by vicious community college administrators. Quite a few aging lawn-boys and similar folk, honestly looking for more career options, also get cheated by this system.