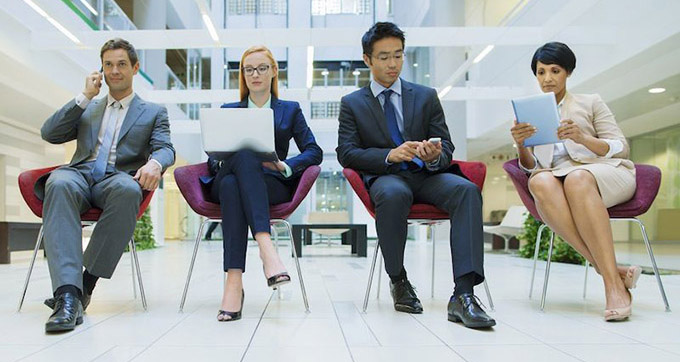 I really feel the need to emphasize that the lunacy in my previous post is not so unusual on campus now, this sort of madness is common on many campuses, not just the ones that make headline news.

Racism and gender bias run rampant in our higher education system, but you’ll never get that from the news. Every institution I’ve ever worked at has made it very clear that females and minorities (well, certain minorities) must get preferential treatment at all times, especially when it comes to hiring.

Admin: “How did you end up hiring a male faculty member in mathematics? We were under the impression you interviewed four women candidates, and one male. Why was a male even interviewed?”

Faculty: “We had over 400 applications. We called in every female applicant, all four of them. As per policy, had no choice but to have five interviewees, so we had to invite a male even though we thought we’d be wasting his time.”

Admin: “Why didn’t you offer the positions to any of the females? We’ve made it clear we need more female math faculty.”

Faculty: ”Of course, we offered the position to all female candidates in turn. Every single one was offered a position elsewhere. So we had no choice but to hire the only male candidate we interviewed.”

Admin: “What do you recommend we do to make your department more attractive to women?”

Faculty: “Offer more money. In our followups, the candidates that rejected the position indicated that they were getting a bigger “female candidate” signing bonus than we were offering.”

Admin: “Fine. We’ll budget more for this next time around.”

—Dozens of faculty got to hear this exchange, not a one spoke up about how this hiring policy violated our collegiate mission statement about hiring “without regard to race, gender, or” anything else. Anyone looking to have a career in academia today, especially in STEM, should seriously consider self-identifying as female (and minority!) because it absolutely moves you to the head of the line for interviews.

I’ve given much personal testimony about how bigoted our institutions of higher education are now, and it’s particularly vile when it comes to hiring. As always, I completely understand if the reader chooses to ignore my (or any other) personal testimony…there’s a lot of crap online (especially if you go to foxnews.com or cnn.com).

So, why take my word for it? Our institutions are so brazen now that they honestly don’t care about their own bigotry. What used to be done with a wink and a nod, or behind closed doors, is now officially out in the open:

U of Texas System will mandate that searches for all administrator positions — from deans on up — include a female or minority candidate in the final interview round.

Now, don’t get me wrong, I’ve nothing against the myriad of subgroups that comprise humanity, but forcing a person to be a finalist, based strictly on skin color or gender, strikes me as extraordinarily biased…and it’s a bias we really can’t afford, as doing this could easily force far more qualified candidates out. It’s already trivial for me to find extraordinary incompetence at the administrative level, I don’t believe we can afford to make our administrators even worse than they already are. Again, my personal testimony of incompetent administrators I’ve dealt with is irrelevant in the face of so much of it documented in this blog.

“It is the policy of The University of Texas at Austin to provide an educational and working environment that is free from discrimination, …”

—from the UT website, the same UT that’s forcing discrimination on finalists for positions based on skin color or genitals, not that admin cares about such things.

It really is remarkable that nobody at UT has the courage now to stand up and shout how wrong this policy is. I grant that all I’m doing is cowering in the back and mumbling, but I’m not at UT…but how is making interviews based on skin color not discrimination?

[The Poo Bah] added, “While this will not guarantee women or minority hires — nor should it if a candidate is not qualified — it will put more women and minorities in a position for the selection committee to recognize the great talents that may have heretofore gone unnoticed.”

No, it doesn’t mandate hiring, but anyone on those hiring committees will get the message and will know full well that if they hire the non-preferred gender/minority candidate, the committee will have to defend their decision much more vigorously than if they go with what the Poo Bah wants.

Faculty: “Since we didn’t hire the female applicant, we have to submit a written justification for not hiring her…”

–from 1988 or so. Honest, this sort of thing has been around a while, but now it’s being written into policy.

Please understand, this bias, while politically popular, is unwarranted:

–seeing as 50% is about as fair as it can get, 45% isn’t far enough off that we need to violate principles to “make things right.”

This outrageous policy is extremely insulting to women and minorities (seriously, how would you feel if you became a finalist for a job because of your genitals? Outside of pornography, of course). Injury to the insult is added when you’re hired, and forced to swear to fight discrimination, as per policy.

The new rule only applies to administration, but you can bet this will spill over into faculty hiring as well (truth be told, it already applies, just not officially):

While the rule will apply only to searches for administrators, [The Poo Bah] also called for substantial new efforts to recruit minority faculty members.

Again, getting hired based on the color of your skin is flat out discrimination. How is this not obvious? I know if, based on skin color, we start firing people in certain minority dominated departments (hi, African Studies!), campuses would shut down from all the agonized shrieking about the unfairness.

It doesn’t bother me that African Studies departments are heavily weighted to minorities…I find it conceivable that people from Africa would know more about Africa, and thus could likely be better qualified candidates. Why can’t rational understanding about why some fields are dominated by certain groups, be met with rational understanding about why some fields have an under-representation?

Mercifully, I’m not alone in finding this policy ridiculous:

“It emphasizes category over quality, group membership over individual merit …. The proportion of Asians or Jews in elite schools isn’t equivalent with their percentage in the larger population, but so what? They’ve earned their places, so they should be where they are.”

Unfortunately, the people making such complaints are outside the system—of course they are, everyone inside the system is vulnerable to the vicious reprisals administration is famous for. There appears to be no way to fix it from inside the system, alas.