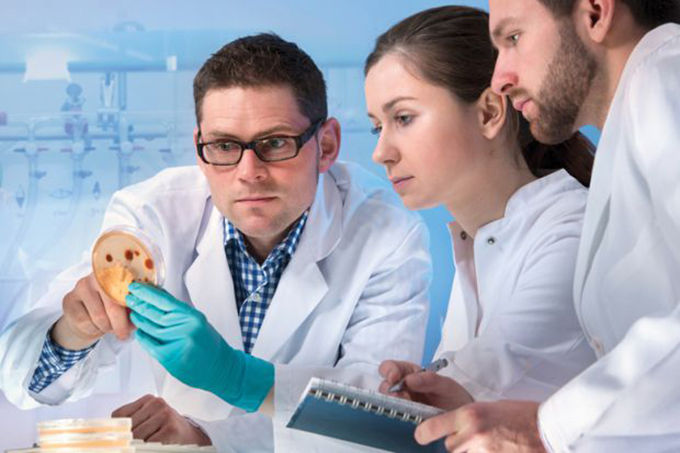 In recent years, there has been a greater focus in both the UK and the US on more quickly turning discoveries made in the lab into treatments for patients. Such “translational research” has become especially important for science in an era of austerity, in which budgets are closely scrutinised and there is an increasing emphasis on impact.

Many countries around the world now have coordinating bodies through which translational research can be supported. In the US, governmental funding for basic and translational biomedical research is channelled through the National Institutes of Health. In the UK, research into underlying disease biology is funded by the Medical Research Council, while the National Institute for Health Research, embedded in the National Health Service, supports more patient-focused research, specifically to improve patient care.

Why the difference in approach? Perhaps the most fundamental reason is the dominant healthcare model in each country. Scientists in the UK benefit hugely from having a single healthcare provider that gives them access to patients across the country.

The US has, traditionally at least, not had a universal healthcare programme. In this context and with a federal system of government, it becomes more difficult to roll out a national strategy of research linked to healthcare. However, that’s not to say that the US approach is flawed. Indeed, the funding-level integration of the NIH has the potential to allow basic scientists to engage more easily with the translational research agenda.

In 2010, I co-wrote a paper that looked at the two models. Back then, the NIHR had only recently provided funds to allow the creation of the Biomedical Research Centres (BRCs) and Biomedical Research Units (BRUs) that make up the backbone of the translational research infrastructure in the UK. Each BRC is located within an NHS hospital, which allows access to patient populations, and is run in collaboration with a university partner.

Six years on, and with a third-round funding worth a total of £816 million recently announced, we revisited the subject and found that the model is being vindicated. Significant breakthroughs in basic science have turned into changes in the way patients are treated and have laid the foundations for more discoveries to come.

Since 2011, the BRCs and BRUs have quadrupled their income from intellectual property to £120 million, reached 107 licensing deals and led to the creation of 40 spin-off companies. In the academic year 2014-15, they supported more than 5,400 research projects, received £844 million in external funding and supported 5,585 peer-reviewed articles.

They have also made significant breakthroughs in areas such as innovative immunotherapies to treat cancer and diabetes, gene-edited immune cells to treat leukaemia, MRI brain scans to detect early Parkinson’s, detection of the early signs of Alzheimer’s disease, and multi-gene DNA sequencing to help predict cancer patients’ responses to new treatments.

Encouraged by this success, the UK government has announced investment in science infrastructure at a rate of £1.1 billion per year, protected in real terms until 2021. Investment in science and research for the financial year 2015 to 2016 reached £5.8 billion in the UK. This protected government funding will be even more crucial in the uncertain times ahead.

The precise impact that Brexit will have on the UK is still difficult to predict with any certainty, but I believe that creating an ecosystem for translational research and experimental medicine at a local level while maintaining close partnerships with commercial and academic partners all over the world has given us the ability to withstand some of the negative impacts that leaving the EU may bring.

However, that does not mean we can rest on our laurels. The scientific community in the UK will need to build on these global collaborations in an ever-changing market and with increasing scrutiny of spending.

The UK has, through necessity, proven itself to be extremely efficient as a research nation that punches above its weight (given its R&D spending). That efficiency will be tested in the years ahead. But I have seen first-hand what can be achieved when a world-leading university and a progressive health trust come together with commitment to embedding research at the heart of care.

We’ve already made a tangible impact on the health of our nation and the best is yet to come.