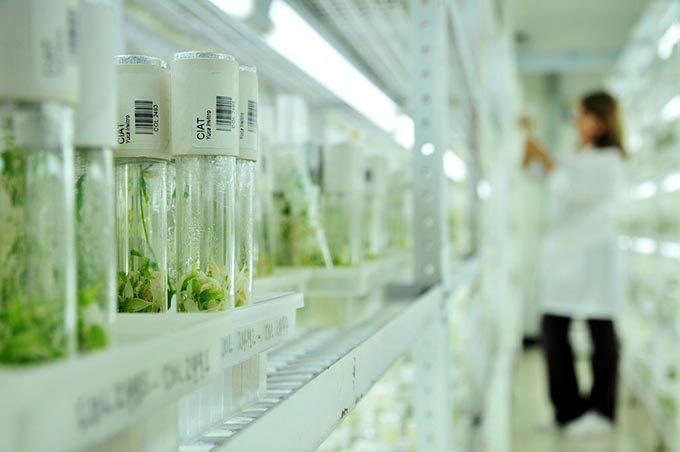 I love the sciences. Because my father was a scientist, I grew up surrounded by talk of running gels, western blots, and poorly calibrated centrifuges. I desperately wanted to be a scientist. First and foremost, to prove to my dad that I could—he was convinced that science was not for me. But also because its importance was easily understood by others. I did not have to explain why I wanted to study science or even what I wanted to study. Throwing out the word “science” seemed to calm anyone’s anxiety about my future.

That anxiety is at the heart of current debates about the growth and importance of the STEM fields—science, technology, engineering, and mathematics—and, in turn, the decline of humanities majors. Why should students major in English when they could be engineers? Don’t computer-science majors make much more money than those who study philosophy? What does a classics major even do? Science matters, period. The humanities, on the other hand, are interesting at best and superfluous at worst. Or so the current debates, which pit STEM against the humanities, lead us to believe.

The truth is that I tried. I tried to be a scientist. I got an A in honors chemistry, a notoriously difficult course in my high school. I interned in a lab, and my first paid job was as a math tutor and grader. But much to the dismay of my teenage self, my dad was right. Even before I set foot in college, I knew that science was not for me.

I became a history major at the University of California at Berkeley. I found that saying you are a history major, unlike being a science major, invited all sorts of follow-up questions, few of them scholarly. Suddenly I had to answer questions like “What are you going to do with a history degree?” “Why are you studying that?” And my favorite: “What is the value of history?” My replies varied. Sometimes I was patient and understanding, other times I was prickly. But I soon discovered that at the root of those questions were two interrelated problems.

First, there was a misunderstanding about what history in particular and the humanities in general have to offer. As a history major, I was trained to read, write, analyze, and research, meaning that I was developing real, tangible skills that were as timely as they were transferable to nonacademic callings. Second, beyond the often-missed practical gains, I was developing a historical sensitivity. I realized, quite simply, that things had a past. The things we think of as inherent are, in fact, social and historical constructions, often with complicated and unpleasant roots. That sensitivity to the past and to the structures that shape our present is essential to all students and professionals.

This is where the dialogue between the humanities and STEM majors needs to be taking place. I know I should be concerned with increasing the number of history majors, but that approach seems narrow. I am more interested in getting students into history courses, even (or especially) if they do not plan to be historians. I want future biologists, neuroscientists, engineers, and physicists to be aware that their disciplines have a history.

Take the discovery of DNA. James Watson and Francis Crick figure prominently for their discovery of the double-helix model. Rosalind Franklin, whose findings were instrumental to their Nobel Prize-winning accomplishment, has been largely forgotten. What would a biology student learn from knowing that story? Plainly that science, even its raw data, is not gender-blind.

What about the story behind the HeLa cells? Knowing that the cells came from Henrietta Lacks, whose life and struggle are beautifully recounted in Rebecca Skloot’s best-selling book, reveals to students the uneasy history between race and science and the importance of properly connecting scientific discovery and technology to the community.

What would a physicist learn from J. Robert Oppenheimer’s struggle to both conduct and then control his research on the atomic bomb? Looking beyond a familiar trope about the complicated politics behind science funding and scientific control, we find deep, sometimes unforeseen, and often devastating consequences, even from the most theoretical of projects.

To be sure, knowing those stories and this history does not change the results of an experiment, alter biology, or change the laws of physics. But the stories—the historical sensitivity—emphasize the contingency and the human decisions, struggles, and misgivings found in even the hardest of sciences. STEM is neither excused nor separate from its past.

Teaching history to students who plan to be doctors, scientists, or engineers forces them to lift their heads beyond the lab bench or the clipboard and realize the greater social, economic, and racial contexts in which their training plays out. It gives them a sensitivity that only the humanities can teach.

Author Bio: Alejandra Dubcovsky is an assistant professor of history at Yale University.