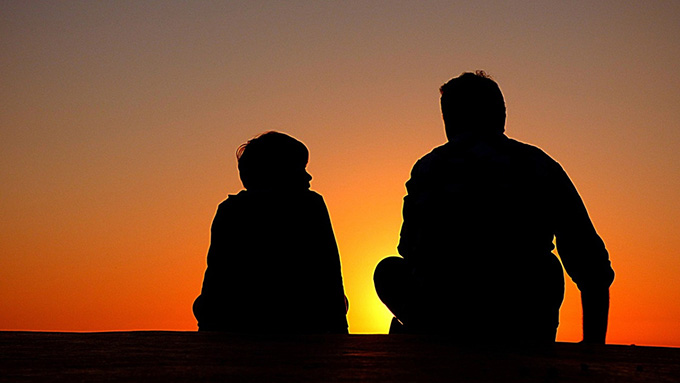 So often I’ve quoted Poo Bahs in Higher Ed bragging about how they’re going to make education worse, to make it harder for students to actually gain something from university, that I can understand why a reader might think that’s the only thing Poo Bahs do. Granted, it’s what most Poo Bahs do, but I highlight when one of our “leaders” of higher ed actually shows some leadership (happens about once a year, mind you, but it does happen).

Oklahoma Wesleyan is a relatively small religious school, with some 1200 students and a motto of “A university where Jesus is Lord.” With that kind of motto, you’d think a student would rather accept there’s going to be a bit of preaching on campus. Naturally, a student complained about a sermon:

:…a student complained about a sermon that made him feel guilty and blamed the school for making students feel uncomfortable…”

“No pain, no gain” needs to be a catchphrase for all forms of self-improvement. I’ve spent many hours in intense frustration gaining the mathematical skills necessary for my job, I’ve spent many hours in dull practice learning the piano…and, back to the point, if the preacher’s sermon is making nobody uncomfortable, then it’s probably a worthless sermon.

So, the student lodges a complaint with admin. The Poo Bah, correction, the President (he actually deserves the title), writes back to the students in general, explaining an important concept that’s been lost on many campuses, which have devoted themselves to the “student as customer” idiocy.

“This is Not a Day Care. It’s a University!”

So many choice words were in this letter, but let’s focus on a few:

Our culture has actually taught our kids to be this self-absorbed and narcissistic. Any time their feelings are hurt, they are the victims. Anyone who dares challenge them and, thus, makes them “feel bad” about themselves, is a “hater,” a “bigot,” an “oppressor,” and a “victimizer.”

–anyone else notice Trump has been a public figure for over 30 years, but nobody seriously called him these things until recently? Ok, that might merely be because he ran against a Democrat, but it’s not the only possibility.

While the President here targets the kids, it’s not just the kids, it’s the ideology. It’s so funny, when I tried to explain during the election that some polls were predicting a Trump win, the responses I received, “the poll comes from a racist,” “the poll comes from a biased source,” among others, didn’t allow for any discussion of a possible variation on the Establishment reality…and the same thing happens when I cite how our economic numbers are nearly (I’m being generous) pure fiction. Rather than address the issue being raised, our children for the last few decades (and hence many of our citizens today) have been trained to respond to issues with name-calling.

The Trump election might be a sign those dark days are ending, and maybe we’ll see more letters from the people who claim to be our leaders, actually denouncing the “insult as counter-argument” paradigm that has dominated discussion for the last generation.

The President goes further in explaining the purpose of higher education, or at least explaining what it is not:

All across the country, our institutions of higher education are endlessly explaining to students how they are victims…instead of training them how not to be victims. Is it any wonder that we have graduates in the streets holding signs about how life is unfair?

Unlike most Poo Bahs, who are in a race to debase higher education in search of endless growth, the President here gets it: the university has a mission to help human beings improve. It is not a mission to get more growth at all costs:

It’s a safe bet every Poo Bah who reads this (assuming any read at all) will simply discard the message here, thinking something along the lines of “The fool! He’s actually turning away sweet student loan checks!”

Student: “Why does everyone keep telling me I need to grow up?”

–I overheard a student complaining about this. It was all I could do to restrain myself from laughing until I got back to my office.

The President then concludes with an important message, a message that, despite its importance, is seldom given on campus today, despite the legions of “Vice President of Student Assistance” positions on campus:

While the President is accurate, and right, one critical question keeps coming to my mind:

Why isn’t this message being given on all our campuses?