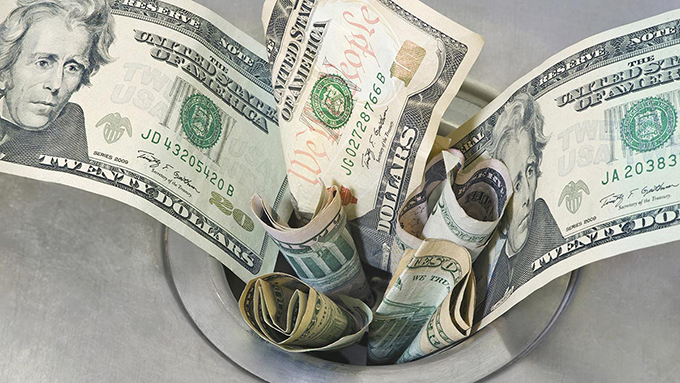 This blogger has in the past posted several items concerning the efforts by the notorious conservative Charles Koch Foundation to influence curriculum and even hiring at institutions of higher education.  Early last month I had the privilege of participating in a panel discussion of the issue at the annual higher education conference of the American Federation of Teachers (AFT), sponsored by UnKoch the Campus, a group founded by graduate students.  Since then I’ve been intending to post a longer piece on the both the Kochs and similar “philanthropic” efforts in the context of longstanding AAUP policies and concerns about inappropriate corporate interference in higher education.  I still plan to do so, but this morning I learned from both Inside Higher Ed and the Chronicle of Higher Education that the Faculty Senate at George Mason University (GMU) in Virginia yesterday passed two resolutions raising significant questions about recent donations from the Koch Foundation and from an anonymous donor that involve, among other things, the renaming of the GMU law school for the late Supreme Court Justice Antonin Scalia.  These come on top of an initial resolution of “concern” approved by a 21-13 vote last week.

According to a recent New York Times report, Koch donations to George Mason amount to about $50 million over the last decade, making the university, by some counts, the most Koch-funded institution in the U.S., with major support going to the Institute for Humane Studies for the “advancement of freedom” and the Mercatus Center for the study of “market-based ideas.” George Mason, it is worth noting, is a public institution.

Rather than regurgitate information readers can readily access at the two sources mentioned above, for the moment I will simply repost the full resolutions approved yesterday by the GMU Faculty Senate:

First is the text of the resolution on the renaming of the law school for Justice Scalia that was approved by a 25-12 vote of the Senate:

Second Senate Motion Regarding the Renaming of the Law School

Last week the Faculty Senate passed a motion that expressed “deep concern” about the proposed name change of our Law School and the accompanying gift agreements. This motion adds several additional concerns and proposed steps for addressing them.

1. The grant agreements require the University to make complex organizational changes the exact nature and implications of which are not clear. For instance, it seems problematic, given the University’s limited resources and the Law School’s declining enrollment, to commit tax payer monies to create two new centers affiliated with the Law School and to hire twelve new law professors (some at tenured, senior levels), as well as an unspecified number of support staff, and to also provide the support that accompanies such positions: for example, retirement, medical and insurance benefits, offices, travel monies, etc. Such a large financial commitment to this one project has the potential to distort the University’s future development by denying funds to other equally important academic programs.

2.The grant agreements link the funding of the promised scholarships to the ongoing service of the current Dean, Dr. Henry N. Butler: “if the individual holding the Dean position changes, the University shall immediately notify the Donor.” This constitutes a violation of longstanding practices of faculty governance.

It is the responsibility of the Law School Faculty and the GMU Administration, not outside donors, to determine who is appointed and continues to serve as Dean. To tie gifts totaling thirty (30) millions of dollars to the ongoing tenure of Dean Butler is unacceptable. If during the first five years of the terms of the grant, the period in which the funds are to be contributed, the Faculty and/or Administration wishes to discuss the removal of Dean Butler because they believe it might be in the best interests of the School’s faculty or students, or for any other reason, the deliberations would be burdened with an unacceptable conflict of interest. Furthermore, since the term of the grant from the Charles Koch Foundation is “ten years” and that of the anonymous donor is “in perpetuity” (a legal term whose definition seems partially contingent upon the type of legal document in which it is employed), it is not fully clear for how long the Administration and Faculty are legally obligated to consider the wishes of the donors.

3. The grant agreements also appear to be somewhat risky for the University and to give too much leverage to the Donors. All of the money is not given up front: it is to be made in five annual installments. If the Donors decide the Foundation and/or University are not living up to any of the “provisions set forth in the agreement,” then the Donors can end the agreement within 30 days and demand the return of “all unexpended Contributed Amounts” within an additional15 days. Especially troubling is the provision in the agreement with the Anonymous Donor that if s/he “determines that the School or any academic unit bearing the School Name is no longer principally focused on the School’s Mission, then the donor has “the right to pursue any remedy available at law or equity, and has the right to terminate this agreement.” In addition to the implied financial risk, this clause seems to give the Anonymous Donor an improper amount of influence over determining the intellectual content of the Law School’s mission.

4.The extensive negative public criticism of the Law School is deeply troubling. Although the School of Law has a distinguished faculty and enjoys a high ranking among our nation’s law schools, it also receives a goodly amount of criticism–from sources that have considerable credibility with the public. A small sampling of recent critiques would include articles in the newsletter of the Center for Public Integrity (2013), the Washington Post (2014), the Huffington Post (2014), and the Associated Press (2016). Much of the criticism is directed toward the special seminars offered to judges, attorneys-general, and other public officials by the Law School’s Law and Economics Center (directed by Professor Butler until last summer when he became Dean). The information provided in the news articles strongly implies that the seminars do not provide a balanced range of economic views and are insufficiently transparent about who funds them. The articles suggest the seminar presentations are, in important respects, a camouflaged form of lobbying designed to influence the attendees to make decisions that will serve the economic interests of the corporations and wealthy donors who contribute to the LEC.

A decision about the truth or falsity of this journalism is beyond the scope of this resolution. The present point is that this negative criticism damages the reputation of our university and higher education in general. It also raises the possibility that the LEC may be better serving the interests of its donors than fulfilling its mission to serve the public good. Accordingly, it seems important to make sure these allegations of conflict of interest are either disproven or properly resolved before the Law School further develops the two additional centers—the Center for the Study of the Administrative State and the Center for Liberty and Law—to be funded by these grants. Unfortunately, at the present moment the University doesn’t have a COI policy that governs private donations.

In view of these concerns, the Faculty Senate proposes the following actions:

1.The Administration and Board of Visitors put the request for SCHEV approval and the enactment of the provisions of the grant proposals on temporary hold to allow for a more careful discussion of the many serious concerns expressed by faculty, students, staff, alumni, state legislators, and the general public. Rather than the current rushed process, it would be both prudent economic and educational policy and an appropriate show of respect for the GMU and larger community to a) allow a reasonable amount of time for all parties to gain a better understanding of the full meaning and implications of the grant agreements, b) make sure the above-stated concerns are adequately addressed, and c) allow the University to reach a careful decision that will best serve our students, faculty, staff and the larger public.

2. The Senate ad hoc Task Force on Donor Relations present the Senate at its first fall meeting with a detailed COI policy applicable to private donations.

3. The Senate ad hoc task Force on Donor Relations present the Senate at its first fall meeting with a detailed proposal for a committee charged with approving the creation and/or expansion of GMU affiliated centers and with monitoring their ongoing activities as well as those of already existing centers.

And here is the text of the second motion, which poses questions regarding the anonymous donation, which was approved by a voice vote:

The Faculty Senate requests answers to these questions from the President and the Rector of the Board of Visitors:

Were the requirements of University Policy 1123 (Gift Acceptance Policy) discussed by GMUF or the administration at any time before or after the Grant Agreement for $20 million and a naming opportunity was signed by the University/Foundation and an anonymous donor?
Does the quoted section of University Policy 1123 regarding funding requirements for a naming opportunity pertain to the Grant Agreement between the anonymous donor and the University/Foundation?

If the Policy does not pertain to this Agreement, why not?

In the event that the Donor discontinues funding before the entire $20 million is disbursed, what action will the University take?

The funding plan for a named opportunity must be in writing and must meet with the approval of the President of the University after consultation with the Gift Acceptance Committee, and the Board of Visitors when required. It may be determined that the naming will be delayed until agreed funding requirements are met.

Outright gifts and written enforceable pledges for up to five years may be used to fully or partially fund a named opportunity at face value. The President, after consultation with the Gift Acceptance Committee, must approve any pledge agreement that provides for any pledged amounts to be received beyond five years, prior to the pledge agreement being executed by the donor.
…

Namings associated with capital gifts will be conferred when 50% of the gift is received by Foundation. The exception is endowment gifts, which can be named upon receipt of a pledge.

2. The $20 million Grant Agreement between the anonymous donor and GMUF includes this Foundation Grant Request and Proposed Grant Award Schedule (part 5.b.): [http://www.gmu.edu/resources/facstaff/senate/Grant%20Agreement%20Redacted%204.7.16.pdf]

The bold italics in the University Policy, above, indicate the requirements to be met for a naming opportunity.

However, the requirement for receiving 50% of the gift before naming is conferred has not been met, nor will it be met until $10 million is received “on or about May 1, 2018”.

3. Contrary to the apparent University Policy requirement of 50% received contribution, the Grant Agreement contains these statements:

“If the Donor, in its sole and absolute discretion, does not approve the Foundation Grant Request, the Donor is under no obligation to contribute any funds to the Foundation or the University.” (part 5.a.)