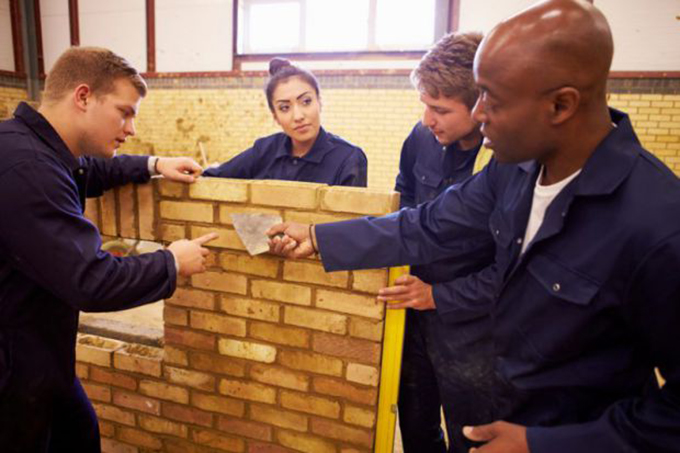 The announcement, in early July, of a radical new plan for skills development across the UK was lost in the fallout from Brexit.

If implemented, the government’s response to the Sainsbury review of further and vocational education will restructure pathways into skilled work at all levels. Seen on a broader canvas, the Sainsbury proposals are in tune with a far wider realignment of expertise with economic requirements, offering many universities a set of opportunities that could be definitive.

The UK’s post-16 skills plan speaks to issues common in many countries as the mismatch between higher education and the present and future needs of the economy becomes apparent.

In an important new study, Katherine Newman and Hella Winston show how the shibboleth of “college for all” is both creating a shortage of advanced skills in critical areas and denying work opportunities to a large number of people.  Writing for The New York Times, they say: “Candidates from both parties have been talking a lot about the loss of American jobs, declining wages and the skyrocketing cost of college. But missing from the debate is the fact that there are hundreds of thousands of ‘middle skill’ jobs in the United States that are – or soon will be – going unfilled because of a dearth of qualified workers.”

The core of the Sainsbury proposals is the organisation of all vocational education and training into 15 pathways. These pathways will integrate apprenticeships with other forms of provision, and will extend through to levels that are equivalent to university degrees. Implementation will be employer-led, under the auspices of the new Institute for Apprenticeships.

Much of the review’s attention is given to sorting out the endemic confusion, inconsistencies and perverse outcomes of the present system of qualifications and funding for Britain’s further education sector and, for this, the panel’s report has been widely welcomed by colleges and employer organisations. The less-remarked implications for higher education are the reassertion of the priority that is to be given to degree-level apprenticeships, and the insistence that there should be bridging provision between the technical and academic routes that follow on from GCSEs.

Those who, after the age of 16, have received a combination of college courses, work placements and on-the-job training should be able to move across to undergraduate degree courses at universities. Similarly, A-level qualifiers must be able to enrol for degree-level and higher apprenticeships, combining time at a university with in-work training and experience.

Some universities have already seen the opportunities here. For example, Manchester Metropolitan University, in partnership with the Greater Manchester Chamber of Commerce, was the first university to offer degree apprenticeships as an alternative pathway into the legal professions. MMU is now the largest provider of degree apprenticeships in Britain; this university’s success in rising through the rankings against more traditional measures of quality shows that academic and technical pathways into high-level work are not mutually exclusive.

There have been many attempts to reform vocational education and training in the past; many have failed. Today, war-weary English colleges, already the least-funded sector in education, are enduring prolonged regional reviews that will, according to the government, “enable colleges to tackle current financial difficulties and draw up plans for the future”.

Will the Sainsbury proposals be different?  There are three reasons for thinking that they might.

First, the challenge to the hierarchical and sacrosanct distinction between the “academic” and “vocational” worlds is now an international trend. Most studies and policy proposals benchmark to the German model although, as Katherine Newman points out, there are opportunities for other forms of educational innovation.

As higher education participation rates across the world edge towards 50 per cent and, at the same time, advanced technical skills become essential to a broad swathe of economic sectors, the assumed superiority of the academic pathway into work looks increasingly dubious.

Second, employers are in the ascendancy.

The British government’s new post-16 skills plan emphasises throughout that policy and practice will be employer-led: “Employers, large and small, will sit at the heart of a dynamic skills system to ensure the day-to-day training and education that individuals receive genuinely meet the needs of industry”. Given the skills crisis that faces major and influential sectors of the economy, this is not surprising.

Some 70 per cent of all highly skilled workers in the nuclear industry will retire within the next 10 years, at a time when Britain must both decommission a swathe of ageing facilities and invest in next-generation nuclear power stations. The construction industry will experience deficits of up to 30 per cent in skilled professions in the next five years. The aerospace industry reports critical shortages in highly specialised engineering fields.

Similar issues are apparent across other national systems of education and training; employers and employer-organisations will push ever harder for policy reforms.

Third, the turn against immigration will limit the ability of national labour markets to adjust to the ebb and flow of skills requirements at all levels. It is evidently perverse that the US, with an economy built on immigration and a narrative that lauds the grit and enterprise of the immigrant, should go into a presidential election that will be fought on the merits of barricading the borders.

David Thomas, chief executive of the UK’s largest homebuilding company, Barratt, estimates that between 30 and 40 per cent of his firm’s skilled labour force working in the Greater London region is from continental Europe. Leaving the EU will result in “even more pressure in terms of skills shortages…If you ask any housebuilder what their main challenge is, they say it’s labour availability.”

As heightened border controls across a swathe of economic regions reduce the flexibility of labour markets, so national education and training systems will need to respond with accelerated reforms. This set of circumstances is fertile ground for significant change.

His enthusiasm is shared by Nicola Dandridge, chief executive of Universities UK: “Combining a full degree with the real, practical skills gained in the workplace makes degree apprentices highly employable. They benefit from several years of workplace experience, alongside studying a course tailored specifically to employers’ needs.”

Katherine Newman, now provost at the University of Massachusetts Amherst, notes the difficulty in making a progressive case for vocational education: “In the US, there are few meaningful alternatives to a university education that lead to decent jobs, meeting an ever-widening skills gap across key areas of the economy: yet when objections are raised to the most commonly articulated remedy – ‘college for all’ – often a hailstorm of criticism bears down on those who advocate for the vocational alternative.”

Similar criticisms invariably come from the suggestion that education and training for advanced skills should be given equal weight to a traditional, academic, curriculum. But hanging on to this increasingly battered life raft could, this time, prove to be the wrong choice for many universities.