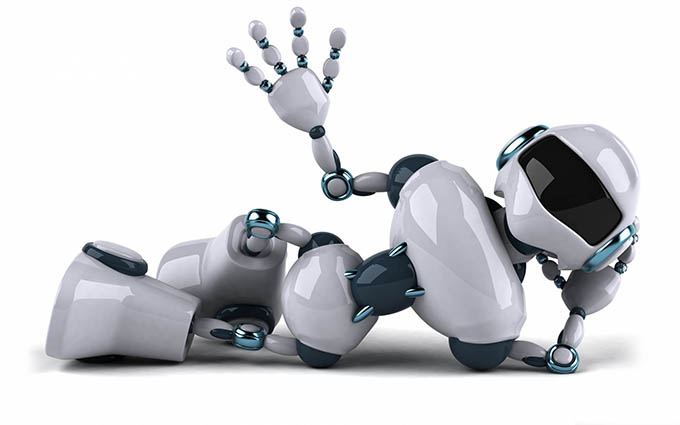 Several developed countries including the US, UK and Germany have seen their labour markets polarised in recent decades as the number of middle-skilled jobs has declined relative to that of low and high-skilled ones. Technology has been singled out as the main culprit: computers and automation have reduced the demand for mid-level skilled workers in production lines as well as offices, increasing that for high-skilled managers, professionals and technicians. But there has been little or no impact on the demand for low-skilled service occupations.

There is a perception that the range of tasks that can be automated is rapidly expanding thanks to fast technological development. This has exacerbated concerns on the impact of technology on the quantity and quality of jobs. But does the evidence support the view that the future of the labour market is entirely in the hands of the robots?

In the simplest version of this story, as advancements in technology lead firms to demand fewer workers in mid-skill occupations, these jobs should see both employment and wages decline relative to low and high-skill jobs. This should show up in economic data as what we might call “double polarisation”: when both employment and wages grow more in high and low-skill occupations than they do in middling ones. This double polarisation was indeed what happened in the US in the 1990s, but it did not continue into the 2000s. More broadly, wage polarisation has generally not been detected in other countries that have experienced job polarisation, such as Germany and the UK.

The simple story blaming technology alone for taking mid-skilled jobs cannot explain what we see in the data. Other factors are likely to have played an important role, as I have explored in my ongoing research on the situation in the UK.

The UK has seen a steady decline in middling occupations since at least 1980. As the graph below shows, growth in top occupations exceeded that in bottom ones in each of the last three decades. This has resulted in a substantial shift of employment from middling to top occupations: out of 100 employees, 19 fewer could be found in middle-skill occupations in 2012 than in 1979. Of these, 16 had moved to higher-skill occupations and only three into lower-skill ones.

This is noticeably different from the US experience, where growth at the bottom has progressively outpaced that at the top, culminating in the 2000s when employment growth was concentrated in low-skill occupations.

There is no indication that wages in middling occupations have been decreasing in the UK, as one would expect if demand was declining due to the spread of automation. It is instead the performance of wages in high-skill occupations that has deteriorated over time relative to middling ones. It was the worst in the 2000s when wages in the 10% highest-paid occupations grew 10% less than those in median occupations.

During this period, the supply of graduates in the UK continued to grow at the same time as the growth of top occupations in other similarly developed countries such as the US and Canada stalled. This stalling elsewhere suggests that there may have been a wider slow down in the (technology-led) demand for high-skill occupations in the 2000s.

These facts are highly suggestive that the improvement in the education of the workforce has contributed significantly to the reallocation of employment from mid- to high-skill occupations in the UK.

But the evidence from the UK also highlights another possible limitation of the story in which technology simply replaces mid-skilled workers. Since the 1990s, the share of mid-level, clerical jobs in the UK has indeed slowly declined, consistent with the idea that technology reduces the need for people in these occupations.

However, over the same period the wages of clerical workers have grown at a rate similar to that of professional occupations, such as lawyers and doctors, a fast-growing group whose real wages increased by about 64%. Similarly, other studies have also found that in the US, clerical occupations have seen their wages increase in spite of the decline in their relative number.

One of the early proponents of the idea that computers displace mid-skilled workers, MIT scholar David Autor, has argued that, within the same occupation, technology might replace workers in certain tasks while complementing them in others which are more cognitive and difficult to automate – or even expand the range of tasks they can perform. So, while much of the filing work once done by secretaries might now be done by computers, the remaining secretaries are supported by computers in their other tasks and perform a range of new organisational ones that were once the domain of managerial staff.

While there is no doubt that technology is a major force at play in the labour market, the differences in experiences across countries suggests other factors play an important role as well. For the UK, several pieces of evidence indicate that the expansion in university education has contributed to changing the occupational structure of the labour market.

Across countries, there is generally little evidence to support the idea that automation has been dramatically disrupting the labour market in recent times. Instead, there are clear indications that the story is likely to be a nuanced one, where the complex interaction between changes in the skills of the workforce, technology and the way different tasks are bundled into jobs means that the fate of those occupations that might appear most at risk might not be quite sealed yet.