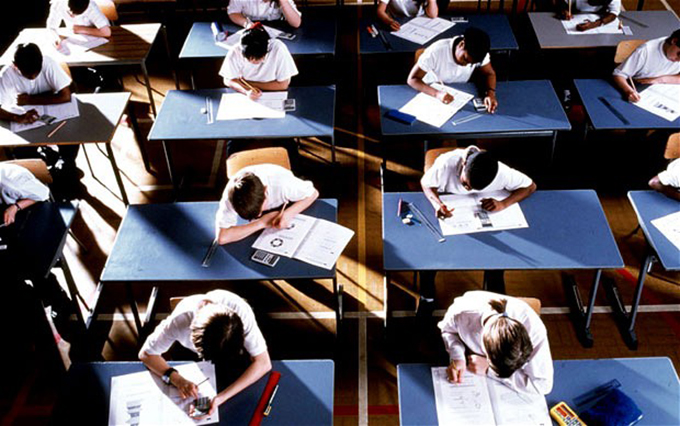 As two university lecturers, we are concerned about the new psychology A-Level, which has been taught to teenagers since September 2015. Our concern is that the new syllabus is narrow and out of step with much psychological research and practice. This is worrying because for many students, A-Level psychology will be their only formal encounter with the subject.

We are also concerned that the government’s reforms have been influenced by “nudge theory” – the science of influencing people’s behaviour – from behavioural economists and cognitive scientists. This has resulted in the curriculum focusing on “problems” within individuals, rather than taking into account the influence of society on people’s actions and behaviour.

This explicitly goes against the current move within the British Psychological Society (BPS) to take into account the psychological effects of structural disadvantage and poverty.

We wanted to take a look at the content of the new A-Level, so we set ourselves a challenge: to try and answer exam questions from the A-Level sample papers for psychology created by AQA, the largest exam board. (Edexcel and OCR also offer psychology A-Level qualifications.) Below is one example question.

Our answers ticked few of the right boxes according to the sample mark schemes (unless the examiners were feeling generous). But we did attempt to do something else: to ask critical questions of the exam itself, and to think about the implications of asking students to answer these sorts of questions.

Pens at the ready, and phones confiscated, the exam begins …

Read the item and then answer the question that follows.

News correspondents in inner cities have remarked upon how young males frequently carry weapons and engage in threatening behaviour.

(This is a two-hour paper with 96 possible marks, and this question is worth four marks.)

This is the way we would answer it:

Examples abound of the incredibly problematic use of evolutionary theory within psychology, such as to “explain” rape as a form of mate choice; to justify colonialism; and as an underlying factor in eugenics.

It’s important to ask questions about why and in what contexts evolutionary explanations are used to “account” for particular phenomena, particularly by those in power, such as the government. Attempting to explain the anger of young urban men through evolution, or genetics, allows us to overlook social, economic and political factors that may provide the context for young men carrying weapons.

A recent report into the psychological impact of austerity provides evidence of direct links between cuts to public services and poor mental health, through mechanisms such as humiliation and shame, fear and distrust, insecurity, and powerlessness. These are not only all factors that may link to young men feeling the need to carry weapons but may also play a part in the racial discrimination and institutional racism within policing.

For example, the Equality and Human Rights Commission found that police stop and search disproportionate numbers of black and Asian young men in England and Wales. Perhaps young men are angry because of the poverty and racism that they are experiencing? This includes the racism and Islamophobia that lies within the current anti-radicalisation Prevent Agenda, and that makes us see certain racialised groups as suspicious. If so, then evolutionary explanations don’t go far to help reduce these oppressions and inequalities, and if anything historically have deepened them.

The sample mark scheme on the AQA website sets out the framework for marking the question as follows:

Our view is that this mark scheme leaves no space for the kind of critical thinking that we offered above. Although a generous marker may give us marks for touching on (and then critiquing) “mating behaviour”, the lack of attention that the mark scheme pays to the problematic use of evolutionary theory highlights how uncritically psychology is being taught at A-Level. It’s likely that our answer would have scored a low mark because we discuss aggression as embedded within social and political contexts, and not as an individual trait linked to territory and sex.

In doing this exercise, we are in no way criticising individual teachers who teach this curriculum – some of whom may share our concerns. Nor are we glorifying the undergraduate subject of psychology in comparison, which can also be outdated. Rather we hope to start a conversation between students, A-Level teachers, and university teachers, lecturers and professors that could change the very terms by which we understand what psychology means, is, and does.

The question on aggression we have chosen is not an isolated case, and is one of many others that would provoke similar issues, for example one which asks students about the highly controversial new “mental illness” of hoarding disorder, and another which asks students to diagnose different types of attachment disorder based on one sentence descriptions of children’s behaviour.

The daily reality of many psychologists is not one that involves debating the evolutionary origins of aggression. Instead it often involves working with people and communities who are marginalised and experiencing poverty. As many psychologists are increasingly arguing, psychology should not be there to “treat” the symptoms of poverty. And so teaching A-Level psychology students to look inside individuals for society’s ills seems misguided.