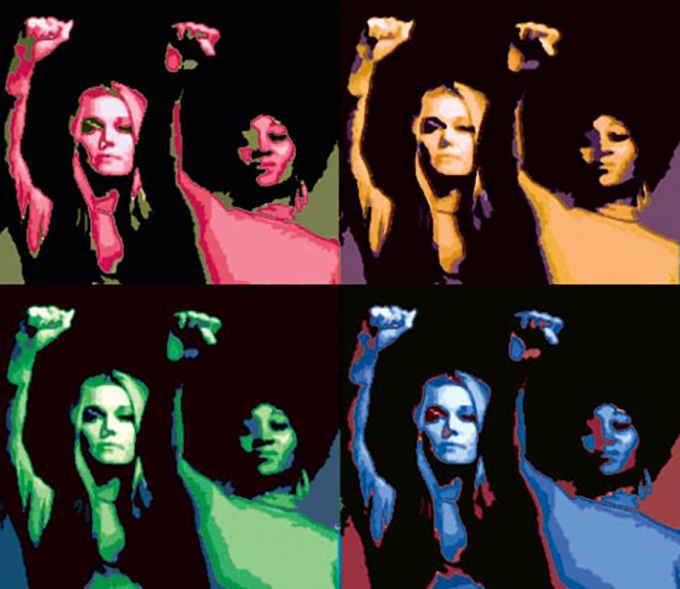 It’s so rare to see a glimmer of sanity in higher education, I feel the need to highlight it when it sparkles a little. Even within this little flash of light, there is darkness, however…but first the good news:

Administrators recommended that majors in African-American studies, philosophy, religious studies and women’s studies all be cut from the curriculum…

I want to address, a little, these majors, before talking about why they’re being removed.

The two key ones are African-American studies and women’s studies. Both used to be sub-disciplines of academic fields of History and Psychology. Yes, these are both topics worthy of study, but the bottom line for me is we need to really reconsider the scholarly approach taken in these sub-disciplines. Right now, both of these majors are widely and rightly revered as a joke. The academic “work” you do in Women’s (I think it should be capitalized in this context) studies courses is laughable. I’ve seen students pass out lollipops for a letter grade, and even “paper courses at UNC were arranged through the African studies department, and, again, the people working in higher ed know those departments aren’t exactly rigorous. These departments were formed through the social justice movement, which has warped hiring practices throughout higher ed, jacking up tuition while doing nothing for education.

On the other hand, philosophy and religious studies are curious things to eliminate. The former is a very challenging academic discipline, and the latter seems pretty relevant to today’s world.

Neumann said there simply is not enough interest in the four degree programs targeted for elimination.

–the student loan scam has caused tuition to rise, meaning non-jobs training degrees are losing majors. Today’s fields aren’t the only ones that are losing enrollments.

Naturally, faculty are protesting. For the maligned degrees (which much like the above have dropping enrollments), the primary reason for keeping them is, of course, social justice:

Committee members did not endorse dropping the concentration, in part because they felt potential layoffs would disproportionately affect black faculty members.

The group had similar concerns about the impact on minorities with cutting women’s studies, even though just two students received a degree in that subject this year.
I’m sorry, but social justice isn’t a good reason to bury our kids in debt, and, at some point, education should be part of a university’s mission. The head of the Philosophy and Religious studies department likewise tries to make a case, and does a far better job:

Gordon Pettit, chairman of philosophy and religious studies, said he felt that the figures overlook that there are only seven professors in his department. Pettit is petitioning the board to retain the philosophy major and had collected more than 1,500 signatures as of Tuesday.

“Philosophy is often misunderstood but is the foundational discipline for academic inquiry,” Pettit wrote in an email. “There is a reason that the highest degree in most academic fields is the Doctor of Philosophy.

So Philosophy and Religions, one the foundation of all knowledge, the other part of the human experience since humanity began to exist, have already been whittled down to one combined department, with but a handful of professors. The Poo Bah at this place, only gets a bit over $270,000 a year in salary (plus double that in perks and benefits)…that’s about the money being spent on this department. I wonder if the students were asked “Poo Bah or Philosophy/Religious studies,” they would seriously ask for a Poo Bah.

I really feel the need to point out how demented higher education is today. There’s still the show of faculty having some influence in higher education, but I assure the gentle reader such influence is a joke. Let’s take a quick look at how the decision to eliminate these departments was made:

For a major decision, first a committee is formed:

Members of the Academic Program Elimination Review committee, comprised of faculty from the four undergraduate colleges and the library, submitted recommendations to Neumann in May.

I’ve mentioned before that usually these committees are complete shams, intimidated by admin into “recommending” whatever the admin wants. That really is often the case, but, ultimately, the committee is completely irrelevant to higher education. So, the committee makes the investigation on what to do, and makes the recommendation.

Did the committee recommend cutting these four programs?

I’ve seen the like many a time. I’ve been on many committees where we were “asked” to make a decision, and then admin did what they had already decided to do, anyway. I grant that being on committees isn’t fun but I conjecture that if faculty actually had some power to do something via committee, there’d be more faculty involvement. When I was at a skeezy community college, I finished many committees annoyed at the waste of time, because the committee’s recommendations were always ignored by administration…the only time what we recommended matched what admin wanted was when they threatened us beforehand into making their desired recommendation.

Anyway, the Poo Bah wants to eliminate these programs not for reasons of academic integrity. One reason and one reason alone guides the Poo Bah’s decision: money.

“”For several years now, we’ve seen a decline in fiscal support from the state….”

When the Poo Bah speaks, one must parse the words very carefully. Yes, he’s probably telling the truth about declining fiscal support from the state. But a half-truth is really all you’re going to get, at best.

Federal and loan support has blossomed in recent years. Pell Grants, available to most students, have gone from around $13 billion less than a decade ago to well over $40 billion today. That’s…not a decline. Student loan debt is up over $200 billion from last year, to past $1.2 trillion now. It’s hard to look at these numbers and then say money isn’t going into higher education. A hundred billion here, a hundred billion there, and you’re talking real money, right? Not enough for admin, apparently.

Money is gushing into higher education in massive amounts, we really need to start asking where the money is going, rather than trust the people who are sucking it all up to suddenly start acting responsibly with it. With faculty completely out of the decision making process, that pretty much leaves admin as the plunderers here.

Still, I’ll take some pleasure in a stopped clock being correct every once in a while, in this case coincidentally closing down a couple of programs that were doing nothing for the students.