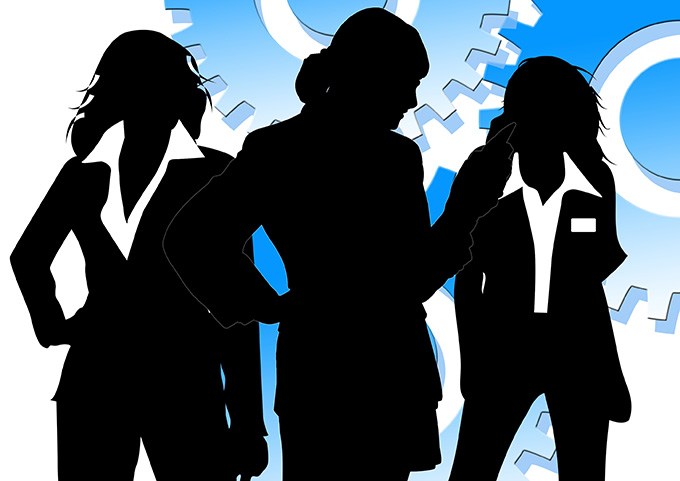 “I bumped into my supervisor on the stairs when I was with X [my fellow postdoc]. I might as well have been invisible, he didn’t address a word to me. It really hurt.”

So wrote a young female postdoc during an extremely miserable couple of years working in the USA.

I came across these words as I was sorting through letters in my late mother’s house. They were of course from me during my disastrous first postdoctoral position. Many women (and no doubt some men) may identify with this invisibility.

Never mind the fact that I was undoubtedly being less productive than my colleague X, a little encouragement might have made quite a lot of difference to my young self; might have turned me into someone who could be productive after all. There is no doubt that being treated like an outcast is not good for the morale.

At the time I was well aware I was the first female postdoc in this particular (and possibly any) engineering department at Cornell and I was vaguely aware that the professor with whom I was working might have found this difficult. I suspect this sort of invisibility and presumption of incompetence may still be a common phenomenon even nearly 40 years later, although at the time I most certainly did not see my problem as generic so much as personal.

It is always easier to imagine the fault is one’s own (as indeed in large part mine was) rather than generic.

Nevertheless the reality is for many women in 2016 that they are still too easily relegated to the “less competent than men” category. This is a problem compounded by motherhood, a problem summed up by the US phrase “mommy track”. Simplistically assuming a mother with child(ren) is not going to want to be stretched – or that a woman might be going to have children and so also might not want to be stretched  even beforehand – is a terrible waste of potential.

This is hardly a problem just for women in science, it applies across the board. I recently came across a Harvard Business Review report from 2014 which graphically illustrates these issues following interviews with a large number of their male and female graduates. Women started off with the same ambitions yet statistically failed to be able to attain them because, as the qualitative evidence showed, they were all too often actively sidelined against their will.

This HBR study focused on one group of “high-achieving” women – you don’t get to Harvard Business School without being a high achiever. A second, in essence, contemporaneous study by the University of Cambridge’s Murray Edwards College, interviewing another large group of high-achieving women in the form of its own graduates, reached very similar conclusions. Employers need to think much harder about how they view their up and coming women to make sure they continue to move upwards not sideways because of inappropriate expectations.

All too often, professional women do not “opt out”, they are forced out by other people’s expectations, making the balance between a backwater job and “being there” for the children tilt in favour of staying home (I am of course describing the lot of women for whom sheer financial need is not the primary driver).

I have described previously how I managed to transform myself from an unproductive and miserable postdoc to a thriving researcher in a matter of weeks (a situation the letters I came across demonstrated I had not misremembered).

I was lucky. Nor was I held back subsequently by motherhood: my department – never having had anyone in this position before – just got on with treating me decently. Sometimes I wonder if this lack of departmental experience was a boon. No one had rules, regulations or expectations.

I did not have to define whether I was working full- or part-time because I don’t believe the latter even existed as a possibility. I did not have colleagues comparing me with other women of any rank to decide if they wanted me to be sidelined or not. And, perhaps just as importantly, I felt free to make up my own rules of engagement because I didn’t have to consider that Dr A had chosen one route, Dr B another and which made more sense for me? My husband and I just got on with things and ensured I fulfilled all my responsibilities. As I have always said on my blog, academia can be very flexible.

Nevertheless, these days, every woman contemplating motherhood, whether in academia or anywhere else, is faced with an endless set of questions about timings relative to new employment, parental leave, pay and part-time or flexible working upon return, all of which need addressing. It can seem overwhelming.

These questions are for both partner and employer as well as the woman concerned and have to be considered before any putative child becomes a sentient reality – which will anyhow change the dynamics in ways that are impossible to assess in advance. I, with nobody in the way of a role model who had done what I was doing, just naively assumed it was all feasible (and issues like parental pay didn’t exist anyhow). Maybe that naivety was an advantage!

I remember, as a young mother, an elderly fellow from my then college saying how sorry she felt for me because things had got so much more complicated than in her day. I asked her what on earth she meant and she explained: for her, as a married woman, there had been no question but that her academic career ceased (whether upon marriage or motherhood I no longer recall) and it was only many years later, after the death of her husband, that the then new college of Robinson had given her a fellowship and brought her back into the fold.

That, she thought, made life very simple. There had been no questions. Perhaps now I am almost saying the same thing about my own generation versus the challenges facing young women today.

And the reality is that there is no need for this current problem. Women should be judged not as women, not as mothers (or mothers-to-be) but as members of the workforce who have what they have to offer. If they are excellent researchers, employers should bend over backwards to ensure they continue to be good researchers. Part-time women can work incredibly effectively; full-time women who work from home some of the time or at odd hours can do just as much as someone who exhibits a strong element of presenteeism.

I am pleased to see that EPSRC is recognising this shift in “norm” by awarding a job-share Advanced Fellowship to two part-time professors in Cambridge (Serena Best and Ruth Cameron).  As the EPSRC website says

The mechanism for this Fellowship is novel: for the first time, an EPSRC Fellowship is based on a “job share” style arrangement with two PIs. The PIs jointly run the Cambridge Centre for Medical Materials, both having part time contracts based on their family commitments. This joint fellowship is split evenly between Professors Best and Cameron and reflects a forward-thinking approach by EPSRC based on Equality and Diversity considerations.

Let us hope this first example is not the last. Let us hope more funders and employers see the rich possibilities by being more open in their thinking.

Author Bio: Dame Athene Donald is professor of experimental physics at the University of Cambridge, and master of Churchill College, Cambridge.