This is a republish of this article 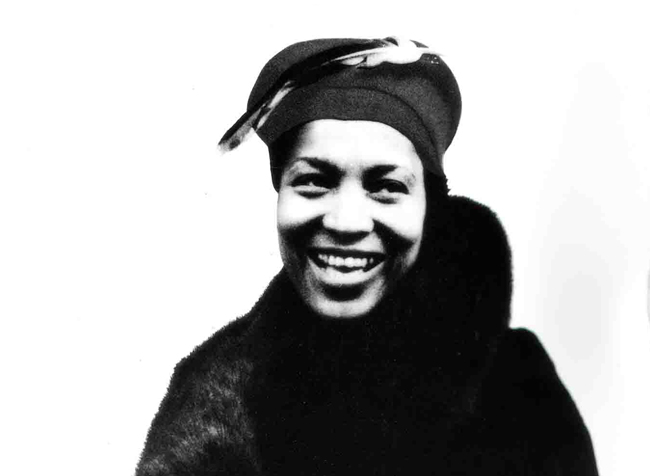 Written in 1937 by Zora Neale Hurston, “Their Eyes Were Watching God” tells the story of Janie Crawford, a 16-year-old whose grandmother decides to marry her off to a well-respected man in the community.

Fellow censored author, Alice Walker, had this to say about the book: “There is no book more important to me than this one.”

Walker was an exception, though; as the novel’s negative public reaction came mostly from black critics and essayists. Interestingly, the positive reviews came from the white mainstream press.

The poor reception resulted from Hurston’s rejection of Racial Uplift literature- an ideology that educated blacks are responsible for the welfare of the majority of the race-, which was a response to the denial of African-American civil and political rights in the late nineteenth and early twentieth centuries. Today, however, it has come to be regarded as a pivotal work in both African-American and women’s literature. TIME magazine has included the novel in its 2005 list of the 100 best English-language novels published since 1923.

In 1927, long before writing her novel, Hurston traveled the South to collect folk songs and tales through an anthropological research fellowship and the setting of the all-black Eatonville is based on the real, all-black town of the same name in which Hurston grew up. The town’s weekly announced in 1889, “Colored People of the United States: Solve the great race problem by securing a home in Eatonville, Florida, a Negro city governed by Negroes.”

Since its publication, there has been objection to the language in the novel. These objections haven’t been about profanity but rather a criticism against characters speaking in a phonetic dialect, which is taken by some to be a mocking of how English is spoken among the black community.

Hurston’s rejection to the Racial Uplift efforts was that it presented African Americans in a way that would accommodate the cultural standards of the white majority and she asserted that her writing was distinct from other works of the Harlem Renaissance- which she described as the “sobbing school of Negrohood” that portrayed the lives of black people as constantly miserable, subjugated, and poor. Instead, Hurston celebrated the rural, southern communities as she saw them and especially refused to censor women’s sexuality, using innuendo to embrace the physical length of Janie’s various romances.

Add to that a story dealing with rape, inter-racial relationships, murder (even if it was in self-defense), and forced marriage it illustrates how it would be considered controversial from the start, but these subjects are just as emotionally charged in modern times: in 1997, a parent complained of language and sexual explicitness to the Stonewall Jackson High School in Brentsville, Virginia. After debate it was retained in their advanced reading list.

Janie’s story is one of self-identity and control of one’s own fate. Nearly 80 years after being published, its underlying theme of a journey toward self-realization still shoots right to the heart of readers of all ages and backgrounds. Humans, who are walking, running, and, sometimes, blindly stumbling along life’s path toward a common goal of personal fulfillment.

The power and importance of this universal struggle is summed up in a passage toward the end of the book, when Janie’s home is about to be destroyed by a hurricane:

“The wind came back with triple fury, and put out the light for the last time. They sat in company with the others in other shanties, their eyes straining against crude walls and their souls asking if He meant to measure their puny might against His. They seemed to be staring at the dark, but their eyes were watching God.”

For more information on the Banned Books Awareness and Reading for Knowledge project and the complete list of titles covered, please visit the official website at http://bbark.deepforestproductions.com/