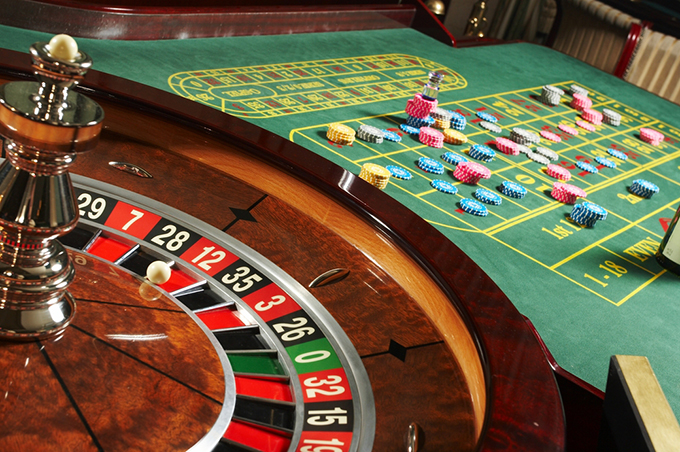 Albert Einstein supposedly once said: “No one can win at roulette unless he steals money from the table while the croupier isn’t looking.”

Although I wouldn’t normally question Einstein, this statement isn’t true. In fact, you can use Einstein’s specialist subject, physics, to help you win. Or you can find a biased wheel that makes some numbers more likely to come up.

What Einstein actually meant was that there is no mathematical trick that can help you win at roulette. Each spin is an independent trial and, in the long run, the casino will win. This is different to a game such as Blackjack where the probabilities change as cards are dealt.

But some believe that it is possible to exploit the way the roulette wheel, and the betting cloth, is laid out to give themselves an advantage. The idea is that you can make bets on the layout in a way that you are guaranteed to win. But is this really possible?

Like a dartboard, the layout of a roulette wheel did not come about by accident. It was carefully planned and exhibits certain properties. In fact, there are two different layouts. An American wheel and a European wheel. The two layouts are shown below. 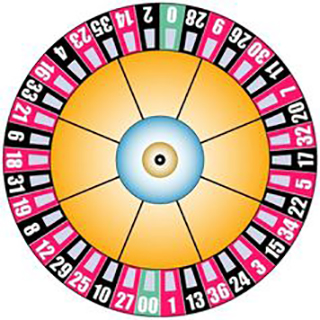 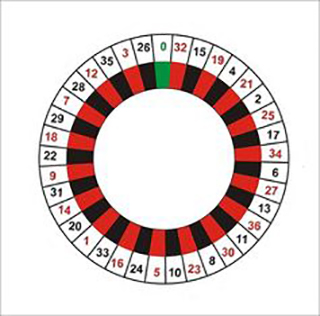 Notice that the American wheel has two zeroes. This is important as it doubles the advantage for the casino. On a European wheel you would expect to lose, in the long run, 2.7% of any money you bet with. On an American wheel you can expect to lose 5.26% (if you are interested in the mathematics of roulette, the video at the end will show you how these odds are calculated).

The numbers are arranged in a different order on each wheel but there are some similarities in the patterns. On both wheels, the red and black numbers alternate around the wheel, although if you removed the zeroes, the American wheel would have consecutive reds and blacks. The wheels are also structured so that the low numbers (1-18) and the high numbers (19-36) should alternate as much as possible.

On a European wheel, this is only violated where the 5 sits next to the 10 (both low numbers). On the American wheel, there are many examples where this rule is violated. It is for this reason that the American wheel is considered not as balanced as the European wheel. Both wheels also try to distribute odd and even numbers as evenly as possible. But again there are a number of violations of this rule on both wheels.

So, can we beat the maths?

A simple search on Google will return many (possibly millions) of systems for playing (and supposedly winning) roulette. Some easy, some complicated, some well described, some not so.

A system should really be a combination of a playing strategy and a money management strategy. Perhaps the best known money management strategy is the Martingale system. This system is guaranteed to win money as long as you have enough of a bankroll to double your bet after every loss and you do not hit the table limit, which you will quickly do so. The Martingale system is probably the quickest way to bankruptcy known to man.

Whatever betting strategy, and money management strategy, you choose, they all suffer from the same fate. Assuming that each number on the wheel has the same probability of being selected – meaning the wheel is not biased – the maths means the casino will always win. The system may look good, and may work in the short term, but when one of the numbers comes up that you have not bet on you will lose and the casino will move towards its win expectation (2.7% or 5.26%).

Some systems involve betting on many numbers, perhaps 20. In this case, you will win quite often as you are covering more than half of the numbers. But when one of the numbers does not turn up (and it will almost half the time) you lose all of the 20 bets you have made. This will often wipe out any wins to date.

Any system, so far devised, can be analysed to show that there is a win expectation for the casino. The following video shows the maths.

You might as well place a single chip on the same number every time and hope that it appears more than it should during the short time that you are playing.

We can dress up the layout of the wheel, the layout of the betting cloth, our number selection and our money management system however we like, but the maths is always there, quietly working against us. You might as well just have fun, pick random numbers and trust to Lady Luck. Either that, or do as Einstein suggested and steal chips (not that we’d recommend it).

Author Bio: Graham Kendall is Professor of Computer Science and Provost/CEO/PVC at the University of Nottingham