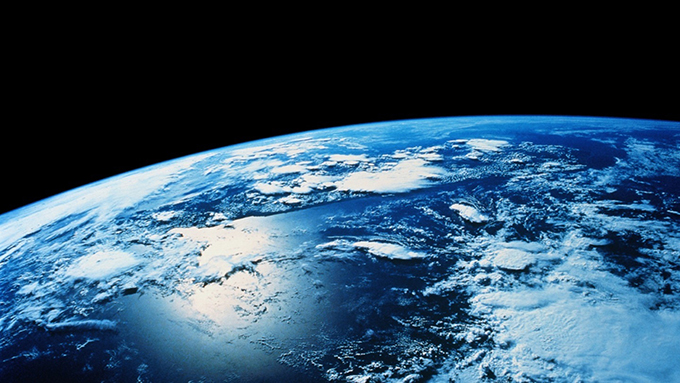 Atomic clocks combined with precise astronomical measurements have recently revealed that the length of a day on Earth is suddenly getting longer . This phenomenon has critical implications not only for our measurement of time, but also for things like GPS and other technologies that govern our modern lives.

In recent decades, the rotation of the Earth around its axis, which determines the length of a day, has accelerated. This trend has shortened our days; in fact, in June 2022 we hit the record shortest day in about half a century.

But despite this record, since 2020, this constant acceleration has curiously turned into a slowdown: the days are getting longer again, and the reason remains unknown for the moment.

While our phone clocks show that a day has exactly 24 hours, the actual time it takes for the Earth to complete a single rotation varies very slightly. These changes occur over periods ranging from millions of years to almost instantaneously – even earthquakes and storms can play a role. So it turns out that a day very rarely corresponds to the magic number of 86,400 seconds.

The ever-changing planet
For millions of years, the rotation of the Earth has slowed down due to the frictional effects associated with the tides caused by the Moon. This process adds about 2.3 milliseconds to the length of each day each century. A few billion years ago, an Earth day lasted only 19 hours .

Over the past 20,000 years, another process has worked in reverse, accelerating the Earth’s rotation. At the end of the last ice age, the melting of the polar ice caps reduced the pressure on the surface, and the Earth’s mantle began to move steadily towards the poles.

Just as a ballet dancer spins faster when he brings his arms closer to his body – the axis around which he spins – so our planet’s rotation speed increases when this mass of mantle gets closer to the axis of Earth. And this process is shortening each day by about 0.6 milliseconds per century.

Over decades and longer, the connection between the Earth’s interior and surface also comes into play. Large earthquakes can change the length of the day, although normally by small amounts. For example, the 2011 Great Tōhoku earthquake in Japan, with a magnitude of 8.9, is said to have accelerated the Earth’s rotation by a relatively small 1.8 microseconds .

Apart from these large-scale changes, over shorter time periods, weather and climate also have large impacts on the Earth’s rotation, causing variations in both directions.

Bimonthly and monthly tidal cycles move mass around the planet, causing changes in day length of up to a millisecond in either direction. We can observe tidal variations in daylength records for periods of up to 18.6 years. The movement of our atmosphere has a particularly strong effect, and ocean currents also play a role. Snow cover and seasonal precipitation, or groundwater extraction, further alter things.

Why is the Earth suddenly slowing down?
Since the 1960s, when operators of radio telescopes around the planet began devising techniques to simultaneously observe cosmic objects like quasars , we have had very accurate estimates of Earth’s rotational speed.


Using radio telescopes to measure the Earth’s rotation involves observing radio sources like quasars. NASA Godard.
A comparison between these estimates and an atomic clock revealed an apparently ever-shorter daylength in recent years.

But there is a startling revelation once we strip out the fluctuations in rotational speed that we know occur due to tides and seasonal effects. Although Earth reached its shortest day on June 29, 2022, the long-term trajectory appears to have shifted from shortening to lengthening since 2020. This change is unprecedented in the past 50 years.

The reason for this change is unclear. It could be due to changes in weather systems, such as back-to-back La Niña weather events , although these have happened before. It could be increased melting of the ice sheets, although these have not deviated much from their regular melting rate in recent years. Could it be related to the huge explosion of the Tonga volcano injecting huge amounts of water into the atmosphere ? Probably not, given that it happened in January 2022.

Scientists have speculated that this recent and mysterious change in the planet’s rotational speed is related to a phenomenon called the “Chandler wobble” – a small deviation of the Earth’s axis of rotation with a period of about 430 days. Observations from radio telescopes also show that the oscillation has diminished in recent years; the two phenomena could be linked.

A final possibility, which seems plausible to us, is that nothing specific has changed in or around the Earth. They could simply be long-term tidal effects working in parallel with other periodic processes to produce a temporary change in Earth’s rotational speed.

Do we need a “negative leap second”?
Accurate knowledge of the Earth’s rotational speed is crucial for a host of applications – navigation systems such as GPS wouldn’t work without it. Additionally, every few years, timekeepers insert leap seconds into our official time scales to ensure they don’t get out of sync with our planet.

If Earth were to move to even longer days, we might need to incorporate a “negative leap second” – which would be unprecedented and could break the internet .

The need for negative leap seconds is considered unlikely at this time. For now, we can rejoice in the news that – at least for a while – we all have a few extra milliseconds every day.

Author Bios: Matt King is Director of the ARC Australian Center for Excellence in Antarctic Science and Christopher Watson is Senior Lecturer, School of Geography, Planning, and Spatial Sciences both at the University of Tasmania