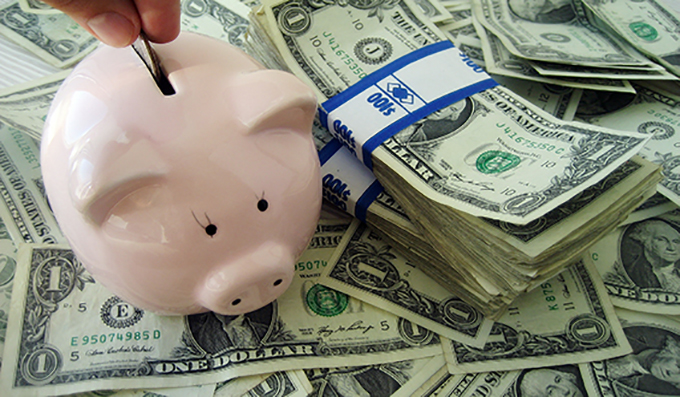 Over the last year or more, I’ve documented extensive fraud and corruption in higher education. While universities totally have their share, when it comes to the truly awesome fraud, nothing beats community college.

Much of the reason for this is because community colleges (and for-profit schools, a slightly larger source of fraud) are built practically overnight from the top down: administration sets the rules and controls the entire system. So, education is tossed very quickly, and standards annihilated, in pursuit of fast growth and a large student base.

I have no faith in government to do the right thing, but I still foolishly have a bit of faith that, at least sometimes, it won’t do the worst possible thing. Obama crushed that foolish faith in a recent announcement, where he announced a plan to offer 2 years of “free” community college to everyone. Naturally, higher education administration is thrilled at the growth potential:

Seriously, “free” community college for everyone? You. Have. Got. To. Be. Kidding. Me.

For readers that haven’t been following along in my blog, here’s a quick primer of three things that best describe what really goes on, academically, in community college:

–even though it violates Federal law to use government money for “college” material below the 9th grade, community colleges regularly violate the law, since following the law cuts into growth.

–I’m not simply talking about all the bogus gender-studies type coursework here, I’m talking, literally, the same material that everyone in the public school system learns is simply being retaught in community college. I also should note that only about 1% of the coursework in community college is actually 2nd year coursework as a university knows it (in fact, what’s going on at your local high school is now second year community college work). Failing students cuts into growth; it just makes sense to present and reteach coursework they already know, or at least have seen before. Oh, wait, words like “coursework” and “reteach” are inaccurate, because:

–this study found that while on paper community colleges use college level syllabi and textbooks, what actually goes on in the colleges is way below college, even in the “College level” courses. The reason for this fraud is because accreditation only looks at the syllabi and textbooks, and, past that, trusts administration to report that what’s going on in the classroom is legitimate. That worked really well at UNC, right? Yes, UNC is a university, and absolutely massive frauds go on at university…but UNC had at least a small tradition of legitimacy that allowed their 18 year fraud to eventually be exposed. Community colleges have no such tradition, and I know of at least one community college with decade-long frauds running with no hope whatsoever that anything will be done about it. Having integrity cuts into growth, you see.

So, there is absolutely no legitimacy to the community college system…and Obama wants to put everyone in this system? I’d send him an e-mail detailing the above if I thought it would do any good. Anyway, back to the article’s unbridled enthusiasm for forcing kids into this scam:

U.S. Sen. Richard Blumenthal said: “Having listened to students and their parents across the state — all of whom have implored me to do more to combat the prohibitive costs of higher education — I will work hard to assure prompt consideration of this promising and important proposal.”

This is just classic government. Tuition wasn’t a problem before the government-created student loan scam…but now tuition is high. It’s a problem created by government. So, government to the rescue! It plans to fix this problem by creating a bigger problem, namely by promoting the community college scam.

If all states participate, federal officials estimate that 9 million students could benefit. –I don’t see how there can be a “benefit” to putting our kids into such a fraudulent system

Now, don’t get me wrong, I’m all for job and technical training, but that’s not what goes on at community college. Most of the coursework is “liberal arts” coursework…again, not a problem per se, but why should endless tax dollars be spent on training our children to, for example, hate white males? Alas, there’s only a touch of hyperbole in that rhetorical question, as this is, realistically, what will happen.

See, job training is a low priority at community college. Your community college administrator wants to keep the price of teaching down. Hiring someone with actual job skills (the only ones that should be doing job training, right?) is expensive, and materials for courses that teach real skills are pricey—you can’t teach computer, lab, or mechanical stills without computers, a lab or a machine shop, after all. Even more problematic, someone with job skills isn’t going to pass someone completely ignorant out of class—people with skills take pride in their skills, and have integrity, and don’t want their skills to get a bad reputation.

On the other hand, someone with skills in Gender Studies or whatever? This kind of person doesn’t really have any prospects in the job market, so can be hired very cheaply. Since these courses typically have minimal assignments at best, the college need spend almost nothing on course materials. Since there are no skills involved here, these people pass students, regardless of whether the students did anything or learned anything.

I’m not saying that previous paragraph to be mean, it’s now quite documented that many college classes have “no requirements” (i.e., no reading, no writing, no demonstration of learning), that “don’t shave.”

Nothing in the article or Obama’s proposal indicates how we’re going to make community colleges legitimate…instead, there’s just cheering of “free” college for all. I keep putting “free” in quotes because nothing from government is free; anything government hands out is just a fraction of what the government first took from someone else (keeping the best for itself, of course).

This “free” college idea isn’t terrible because it isn’t “free”, however. Community college isn’t college, and that’s a serious problem. A far better proposal would be simply to shut down most all community college programs, and give them a chance to start over, as tiny schools that grow because they offer legitimate education, instead of huge, fraudulent schools that only exist due to the fraud of Pell grant and student loan scams.

Bottom line, the government’s response to the huge mess it created with the student loan scam is to…make an even bigger mess, with an even bigger scam. Coincidentally, last year I started writing another book, The Community College Scam…still trying to get a mainstream publisher to even consider it, however.