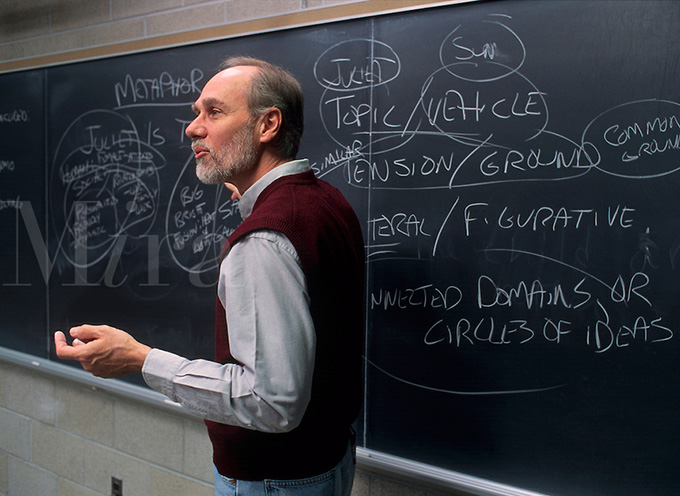 Last time I discussed a serious change in higher education: the replacement of the faculty by part-time, minimally paid, no benefit “adjuncts”. Such adjuncts now teach the majority of classes in our colleges and universities, and represent a serious savings, costing only 25% (often, much less) of having full time faculty teach the course.

For lowering the costs of teaching, administrators get much, much, higher pay, so much more that tuition still needs to go up far more quickly than any other consumer good.

The abuse of our nation’s most highly educated people by administration in higher education has gone mostly unnoticed in mainstream media; if students only knew that their teachers generally got less pay and respect than a fast food cashier, they might begin to ask why their education is so expensive…or even ask, if education were so valuable, why it didn’t translate into a decent job for their educator.

Or maybe not, since many students in higher education are just there for the loans; I’ll be discussing how this works soon.

In the meantime, the question arises: where is administration getting all these highly educated people to teach for peanuts?

About 213,000,000 results –a Google search of “online Education degrees”, no quotes, reveals this many links, close to 1 for every adult American citizen. A search of “pornography” only gives 45,700,000 results, to put this in perspective. Usually, when you add words to a search, the number of results goes down…and not a lot folks think the internet is a running short on pornography. Anyone think maybe the online education thing is a little overdone?

Math Education “teacher”: “Yes, I know the syllabus says we’re covering the first six chapters, but we’re only going to go into detail in the first chapter, and a little of the second.” (the class cheers)
–often when I get a glimpse of what goes on in an Educationist run course, I see that they’re not even close to covering what they claim they’re covering, or what is reported to accreditation. Thus I must assume the above announcement must come at some point in the class. The students are happy, but then get destroyed in the next class, unless it also is taught by an educationist. It often is, leading to college graduates that know nothing more than when they entered college.

In terms of actual knowledge of the subject matter, these degrees are bogus, as I’ve demonstrated and illustrated many times on this blog, even to the point of taking a graduate Education course so I could see with my own eyes why there were so many frauds teaching. These feeble Education degrees are being used as jokers, and greatly watering down the quality of the education.

The following problems were noted in the five minute sample lecture (the candidate chose the topic, “Roots of Third Degree Polynomials):
1) Candidate could not define “polynomial” (a basic term in the algebra course he would teach, and one he used in his lecture).
2) Candidate tried to demonstrate vertical multiplication, but did so horizontally (defeating the entire purpose of “multiplying vertically”).
3) Candidate used “FOIL” to multiply a binomial by a trinomial (he called it FOIL, but, that mnemonic only applies for multiplying binomial by a binomial).
4) Candidate was unaware of the rational root theorem (curious, since the syllabus of the courses he claimed to have taught included this theorem).
–on a committee I was on, we interviewed 5 different Math Education graduate degree holders for a faculty position. These are my notes on the presentation given by one of the candidates. This particular candidate, with a decade of experience teaching in higher education, was the second best. The best was not offered the position; admin overruled us, picking a completely unsuitable candidate.

Because these graduate education degrees are content free, anyone can get them…and that’s a big part of where the flood of adjuncts are coming from. Yes, I’m sure there are plenty of legitimate graduate degree holders in higher education…but there are so many bogus degree holders just as desperate. Administration, withSo there you are, eventually — semesters, years, decades later (although it seems like no time at all) — 40 or 50 years old, still doing the temporary academic gig, even though it’s not “really” temporary, since the department rehires you consistently,
–an article by a lucky one to advance from adjunct to full-timer, though still with a minimal contract and no respect. Written, of course, under a pseudonym, due to the culture of fear in higher education. Keep in mind, change one line in accreditation, so that “a position lasting more than 2 years cannot be classified as temporary”, and this abuse could be fixed. Wonder why that change has not been made…

I concede it’s not all Joker-Education degrees, however, but accreditation being such a joke makes it easy to setup bogus graduate Education degree programs. In addition, semi-legitimate institutions have increased the number of grad students they take, while simultaneously lowering standards, adding more warm bodies desperate to get a job to pay off the loans they took out for their degrees.

Adjunct No Longer, Jill Biden Earned $82,022 as a Community-College Professor in 2011
–one way to get a real job is to be married to the vice president of the united states. Her pay is way over the average, and her duties are somewhat below average, for a community college professor. Many professorial positions are patronage, where connections, not caliber, are key. No connections? Adjuncthood for you!

Soon, outside of patronage positions, being a professor in college will have all the status and pay of being a fast-food cashier. Perhaps it should be, but I feel the need to point out: administration tells everyone to take out loans and go to college, because education can lead to better jobs, simultaneously treating people with advanced education as chattel and giving them jobs with less security and pay than barista or janitor.