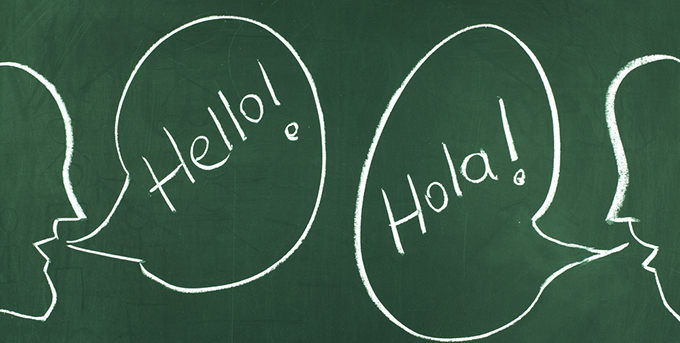 In April 2014, Connecticut Governor David Malloy signed a proclamation to recognize the work of public school paraprofessionals. Like “Teacher Appreciation Day” coming up next week, the move meant to reserve time for honoring paraprofessionals’ contribution to student learning, in addition to teachers’. But, as with teachers, a designated appreciation day fails to do the work of paraprofessionals — particularly those who are bilingual — justice.

About a month after Governor Malloy sought to recognize paraprofessionals’ work, the state announced its teaching shortage areas. First on the list? Bilingual PreK-12 teachers. In fact, Connecticut has had a bilingual teacher shortage since 2004. Although these two events occurred back-to-back, Malloy likely failed to connect the dots: Given their diverse instructional, linguistic, and cultural competencies, paraprofessionals could help address the state’s recurring bilingual teacher shortage. However, their pathways into teaching contain many hurdles.

Paraprofessionals, often referred to as teaching assistants, paraeducators, or instructional aides, are school-based classroom staff. Of the over 1 million paraprofessionals currently serving in U.S. schools, over half directly support instruction. Typically placed in early education, special education, and bilingual classrooms, paraprofessionals take on a variety of roles and responsibilities to support teachers, including assessing student performance and instructing small groups of students, as well as direct translation.

Indeed, while nearly one in four students speaks a language other than English at home, only about one in eight teachers do. Bilingual paraprofessionals help narrow the linguistic gulf between students and teachers by assisting with direct translation. But, they could help close this gap even further by becoming lead teachers themselves. One in five paraprofessionals speaks a non-English language at home — double the share for teachers. Perhaps because of the demands of their jobs, among bilingual Americans, paraprofessionals and teachers are more likely to report speaking English well or very well. 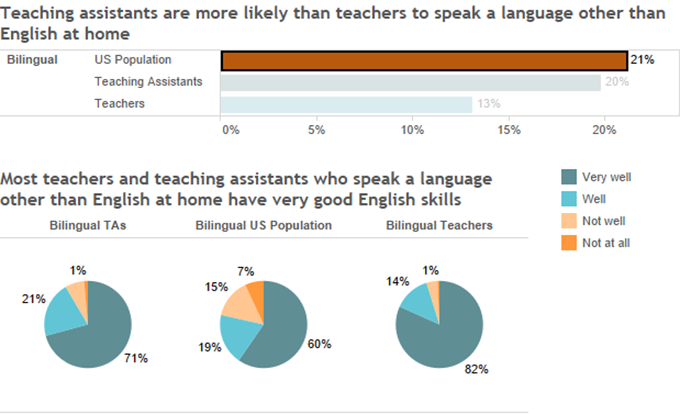 Yet, while paraprofessionals’ diverse language skills can be an asset for classrooms with high percentages of Dual Language Learners (DLLs) and help address the bilingual teacher shortage, they can also be a barrier for entry into teaching. For instance, while bilingual classrooms require teachers to instruct in a non-English language, paraprofessionals must still pass state licensure and certification exams in English to become fully licensed. This can be an important barrier, given the tests’ written portions and technical language. As a result, many paraprofessionals are disqualified from teaching entirely — despite the fact that state licensure exams have little association with teaching quality and paraprofessionals are already demonstrating their instructional competencies on the job.

In addition to the linguistic barriers faced by non-native English speakers, paraprofessionals in general, face many barriers to entry in the teaching field. Particularly, lower levels of academic attainment make it difficult for these individuals to transfer into many higher-paying career fields, including teaching. Most teaching jobs require a bachelor’s degree, yet only a quarter of paraprofessionals meet this requirement. Adult students who seek additional credentials can find it difficult: Paraprofessionals who re-enroll face additional hurdles to completing a degree, particularly if they enroll part time, work more than 35 hours a week, have dependents or have a GED rather than a high school diploma.

Paying for their degrees — especially if taking time out of the labor force — may be difficult for many paraprofessionals, as a consequence of the low wages they are paid. In 2014, employed paraprofessionals’ median earnings were a mere $18,000 per year, or just above 150 percent of the federal poverty line for a single adult. A few years earlier, in-state tuition and living expenses for independent students averaged over $14,000 at public four-year universities for a single year of education. While financial aid may help, these figures represent a huge financial gap for paraprofessionals to close. Additional expenses associated with state certification and licensing exams, transcript or prior-coursework evaluation, and other fees only heighten the barriers to increasing educational attainment.

Paradoxically, moving into a teaching position would be a huge pay boost for most paraprofessionals: according to U.S. census data, the median wages for teachers in 2014 was over $43,000, more than twice the median wages of paraprofessionals. Additional education alone isn’t enough to secure these higher wages, they also need to switch to a teaching job, since teaching assistants are poorly paid regardless of their educational attainment. As the chart below shows, most of the earnings premiums for teachers stem from their high levels of education, since the majority of U.S. teachers are required to hold a bachelor’s degree, and the earnings for those at that level of education are much higher than those without. By contrast, one in four paraprofessionals have at least a bachelor’s degree, but their earnings do not reflect this — unless they are able to make the jump to the front of the classroom. 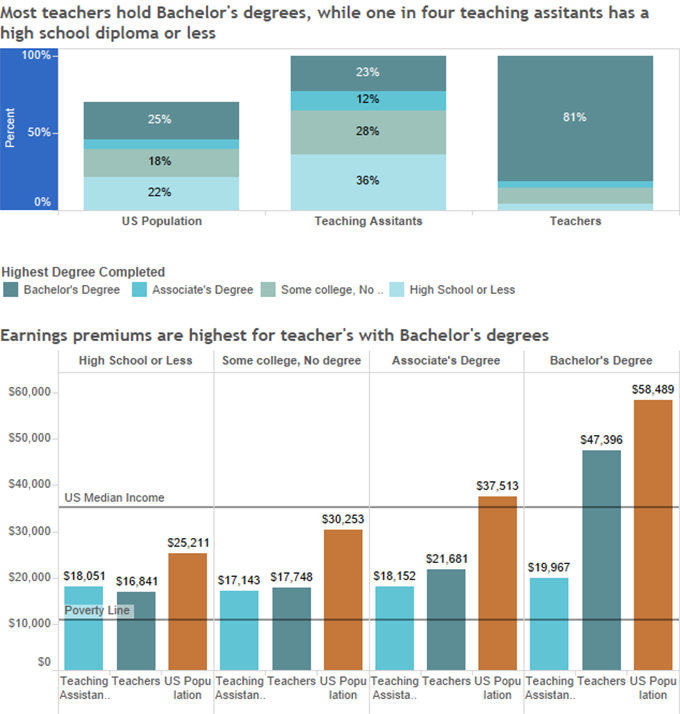 Though some states and districts have taken steps to create pathways for paraprofessionals to enter teaching, such as through “Grow Your Own” programs and career ladder systems, these initiatives are by no means commonplace. And changes in program funding and status can limit their long-term impact and sustainability. For instance, in 1989, Connecticut created the “Teaching Opportunities for Paraprofessionals” (TOPs) program to ease paraprofessionals’ pathway into teaching across 10 districts. However, the program ended in 2002 with the end of federal funds. The state recently formed a minority teacher recruitment task force and provided planning grants to eight districts. Bridgeport, one district affected by the end of TOPs, will use their funds to create the Pathways to Teachers Careers Program aimed at paraprofessionals. Though promising, the program is still small in scale.

Of course, moving up the career ladder may not be necessary or desirable for all paraprofessionals. But there is evidence that about half of paraprofessionals do desire to become teachers. These individuals deserve more sustainable and scalable pathways that allow them to enhance their economic security and reach their full potential. Such pathways would not only help fill the bilingual teacher shortage in Connecticut but would help do so in states across the country, over half of which report similar shortages. Moreover, because the paraprofessional workforce is more reflective of the nation and its students, they would also help create a more diverse teaching force. Finally, even those paraprofessionals who remain in their current support positions should be compensated more fairly. 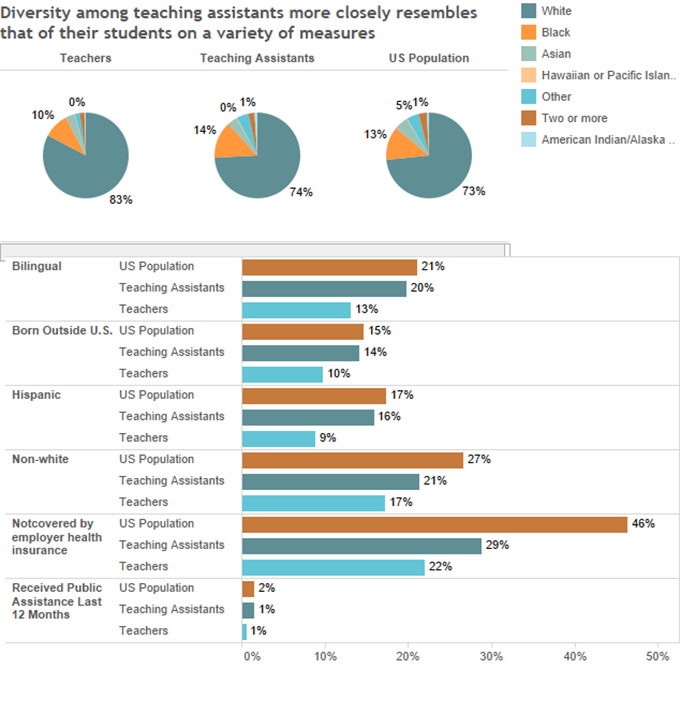 Luckily, the new Every Student Succeeds Act (ESSA) allows states to use stable Title II funds to expand alternative routes to teaching for paraprofessionals (especially in the context of critical teacher shortage areas like bilingual education). And, for the first time, the new federal education law allows districts to use funds to provide paraprofessionals with multiple career paths and pay differentiation such as through career ladders that allow paraprofessionals to advance to teaching positions on the job. Although it won’t be easy, states and districts should take ESSA as an opportunity to help paraprofessionals overcome barriers to entering teaching and do their work true justice — designating an official appreciation day is not enough.

New America’s Dual Language Learner National Work Group, in collaboration with the PreK-12 and Early & Elementary Education teams, is launching research to examine the barriers that bilingual paraprofessionals face in pursuing a teaching career in order to propose specific policy reforms to help overcome these challenges at scale.

Unless otherwise noted, data presented here is based on New America analysis of American Communities Survey 1-year PUMS files for 2014.