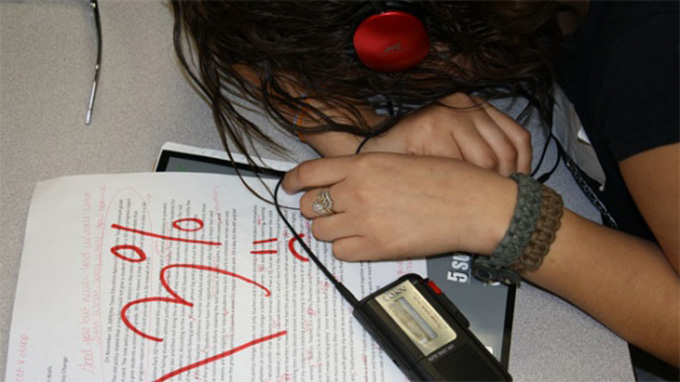 Me, at graduation: “Hey, did you pass that graduating student?”

Me: “Weird. I know she failed my class. You and I are the only ones teaching the course she needs to pass. How did she do it?”

—I was at a small school, which meant I knew most of the students, and all of the faculty. Time and again I’d watch students graduate that I knew could not possibly be graduating. I wasn’t the only faculty to notice what was going on, even if I was the only to ask questions…

It’s amazing how little respect administration has for education. To them, education is all about butts in seats, and faculty, not students, are responsible for every failure, for every butt that decides to get out of the seat and go do something else besides pay tuition.

Administrators are mostly mercenaries hired from outside academia, but some faculty achieve apotheosis into the administrative caste. There, the seduction of godlike powers and heavenly pay all too often cause them to forget collegiality, and they work to undermine education just like those who sell their souls to are born into administration.

While there are many administrative crimes against higher education, the ones I find most foul are the ones were administers simply overrule faculty, awarding grades and even doctoral degrees without any faculty saying “yes, this person really does know something.” Instead, admin takes the check, and makes the award; these events are probably far more common than what I’ve documented in this blog, but one more hints at how serious the problem is:

Texas Tech dean quits after university panel finds he inappropriately set up system that raised several students’ grades — in violation of university procedures and behind back of professor who assigned the grades.

It really is amazing, when faculty commit gross violations, they’re fired, if admin doesn’t like them. Heck, they can be removed for even minor violations if admin so desires, even if the faculty member does nothing more than tell the truth, generally with no recourse.

On the other hand, an administrator who sets up a secret system for changing grades in blatant violation of anything resembling integrity? No, he’s not fired, and only if the violations can’t be covered up reasonably well will anything negative result to the administrator.

Let’s go over how this scandal unfolded:

“…a professor of mathematics and statistics at Texas Tech University, got quite a surprise when he learned three of his former students graduated from the business school’s graduate program this year. He was surprised because he had given the students grades so low he thought they wouldn’t be able to graduate…”

Gosh, I sure know the feeling of seeing students graduate that, well, there’s just no way they could honestly graduate. Texas Tech University is an older institution, nearly a century old, which means its procedures, unlike many newer schools, were set up in a time of integrity, and the school clearly hasn’t been completely undermined by the corruption that basically defines newer schools.

The dean got another professor (who didn’t know why he was asked to do so) to create an alternative exam for Conover’s course. Then the dean let five students take the alternative exam, and on that basis, raised the grades of four of the students, including the three whose appearance at graduation surprised their professor, and one who received his degree in August. This process violated multiple rules at Texas Tech,…

The gentle reader needs to understand that Texas Tech has actual legitimate procedures because it’s an old school, before the corruption of the student loan scam distorted the meaning of higher education, before accreditation became a farce that cares nothing for legitimacy. Many newer schools have no such protections, neither for faculty who dare complain about such shenanigans, nor for alumni and legitimate students who see their own degrees devalued by this behavior.

Usually, these sorts of scandals go on for years before something is finally done, and Texas Tech is to be commended and commended highly for getting to the bottom of this issue in less than a year. By comparison, the diploma mill scandal at Dickenson State took nearly a decade, and the paper courses scandal at UNC took almost 20 years, before finally something was done. Well, assuming we know the whole story, which we don’t, and won’t, ever:

“…Because small portions of the report Texas Tech released are redacted, it’s not possible to have a full picture of what the faculty panel found…”

Hmm, let’s connect some dots here, because obviously something is being covered up. The perpetrator isn’t fired, and is allowed to return to his tenured position, despite this egregiously inappropriate behavior. I’ve seen tenure removed for far, far, less crimes than this. Is it such a stretch to consider that were far more fake grades/diplomas assigned than found by the exactly one professor that asked questions, and that the “former” administrator didn’t get fired in exchange for helping to cover up as-yet-unknown frauds? Why else is he getting such remarkably kind, gentle, treatment? I put “former” in quotes because quite often when administrators lose their positions after being caught red-handed, they end up back in administrative positions before the ink is dry on their resignations.

“Testimony suggests intimidation with regard to the desire on the part of Dean Nail to ex post facto claim that conversations with colleagues constituted a sufficient grade appeals board and that they should agree with this claim. Additional testimony by witnesses indicated that there may have been other intimidation tactics as well,”

Yeah, no kidding. I’ve seen faculty threatened and intimidated into submission many a time, which is why I find it impossible to refer to the campus court system without also including the word “kangaroo.”

The students, incidentally, will probably get away free, debasing the degrees of graduates who legitimately earned their degrees.

Part of the problem here is the students involved likely cheated their way through the entire program. The previous dozen or so professors didn’t care, but they ran into one of the few remaining faculty with integrity, and he refused to pass students that, quite literally, knew nothing. It’s dangerous to have integrity in higher education today, although clearly there a few schools where it’s still somewhat safe. I’ll let the professor with integrity give his take on the whole situation:

“I am glad the dean is resigning. I am sorry that it has taken so long. I expected it last June when it became apparent that he was responsible for the grade changes. I am sorry that the dean still has not been relieved of his duties, and won’t be until Dec. 31. Also I am sorry the report did not address the remedial action necessary to redact the four bogus M.B.A. degrees awarded this summer, three in May and one in August, long after this grade changing incident was publicized…”

Why are people complaining about this? Raising graduation rates is the paramount duty of everyone in higher education. The Dean just did his utterly predictable part.

The gentle reader needs to understand completely why this guy wasn’t fired by admin for blatant fraud. Because he was, indeed, doing his job, with the full support of administration, which supports blatant fraud. The whole administration knew about the fraud, as I anyone familiar with grade-change procedures would know:

In legitimate institutions, a lone administrator, even a Dean, cannot just willy-nilly change grades and award degrees. To do so requires three, four, quite possibly five different signatures (faculty, department head, and a dean, to start, and quite possibly a registrar and provost), all asserting that a grade was granted in error—the system is this involved because we all know anything less than that would be prone to forgery.

Even then, the signatures have to be hand submitted, and then the grades changed. And we’re supposed to believe none of the people involved suspected something was fishy here? This scandal emerged not from an administrator wondering at the strange new way of changing grades and awarding degrees, but because a faculty member at graduation saw students that he knew couldn’t possibly be legitimate graduates. If that faculty didn’t speak (as many, many, don’t) those bogus degrees would have gone unchallenged. All across the country, faculty are too intimidated to speak up.

It’s good to know that I’m not the only faculty at a graduation wondering “how on Earth did that guy graduate?” but I really think accreditation should mandate all schools allow faculty to ask when they see something fishy at graduation…because I’m telling the gentle reader, this isn’t nearly so rare an event.