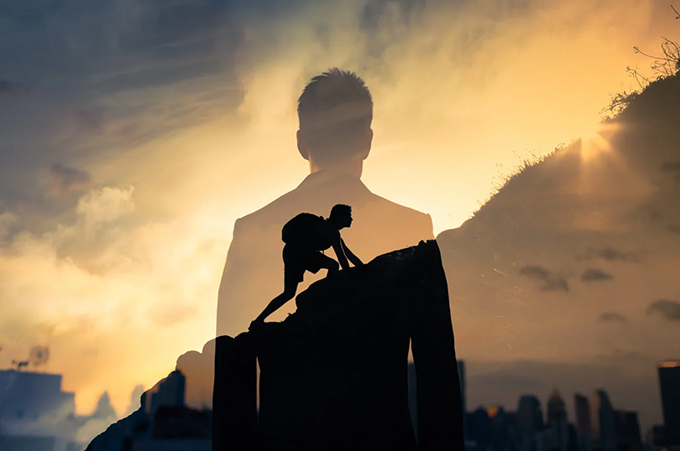 With the first verdicts from the Parcoursup post-baccalaureate orientation site , the period for competition and exam results begins. Many young people will see their wishes come true. But many others will be disappointed. The impossibility of integrating the school for which they were preparing, or the course which seemed ideal to them to carry out their personal projects represents a failure, sometimes difficult to bear.

Is it then possible to teach your children to overcome this type of disappointment? Three great philosophers can enlighten us, giving us elements for a rational economy of desire.

With Descartes, define the limits of his desires

In the dictionary, failure is simply defined as the opposite of success. But, beyond this obviousness, what does success mean, if not precisely to obtain the result that one hoped for? There would therefore be no success except by reference to an expectation. So that failure does not exist in absolute terms. Like success, it is always relative to a particular goal, previously valued.

We can therefore already wonder about the relevance of this valuation, depending on the resources (of all kinds) available, and the objective probability of achieving the goal. It is by no means a question of forbidding all dreams, or all ambition. But can all of our desires be satisfied?

Because failure is in a way the horizon of human action, insofar as success involves many things that do not depend on us. You have to know how to mourn your omnipotence, and get rid of the illusion that anything is possible. Such is the wisdom, of Stoic inspiration, that Descartes advocates in the “third maxim” of his “morality by provision”, in the Discourse on Method  :

“My third maxim was to always try to conquer myself rather than fortune, and to change my desires than the order of the world … so that after we have done our best touching the things which are external to us, all that failure to succeed is in our eyes absolutely impossible. “

For those who have done their best, failure is never more than an event, admittedly unfortunate, as contrary to their hopes, but of which there is no need to be unhappy oneself. The main thing is to have done everything possible. This is enough to know what Spinoza will call “contentment of the soul”, synonymous with “beatitude”.

With Pascal, prioritize your dreams

Are not some failures more serious than others? We can appreciate the seriousness in terms of the value given to the goal. But this value can be judged either in the light of simple subjective preferences (I would be so happy to become a member of the prestigious “Grand Corps” of Inspectors of Finance!); or within the framework of a hierarchical scale, defining “orders” of success, more or less important according to a clear and defensible principle.

The severity of failure, like the importance of success, will then be a function of the intrinsic value of the “space for success” in which they occur. This is what Pascal, in his Pensées , invites us to understand with his distinction of the “three orders”  : “The order of bodies, the order of spirits, the order of charity. “. Each “order” has its own size:

“The greatness of people of spirit is invisible to kings, to the rich, to captains, to all those great men of the flesh.

The greatness of wisdom… is invisible to the carnal, and to people of spirit. These are three different orders of gender. “(Thoughts)

“Carnal grandeur”, “spiritual” grandeur, “wisdom”: you have to know what you “admire”, in what “order” you want to be, and therefore learn to see things with the right eyes.

With Spinoza, learn to reinvent yourself

But a failure, even in the order of charity, does it not remain nonetheless a failure? Failure, in a way, slows down the course of desire. Isn’t it, therefore, bad in itself? We are invited to better define the desire. With his Ethics , Spinoza will help us to progress in his knowledge.

The essential thing is therefore to preserve the “conatus”, or the effort of being to persevere in one’s being . Desire is always, in itself, positive, to such an extent that “happiness consists for man in being able to preserve his being”. What then does reason recommend to us?

“Reason demands that each one loves himself, that he seeks what is really useful for him, that he desires all that really leads man to a greater perfection, and, in a general way , that each, according to his power, strives to preserve his being. “

But then, no failure should be able to extinguish desire. Failure is only a passing brake. If it marks a stopping time on a particular line of development, it in no way signifies a stop of development itself. This one will continue by circumventing the obstacle, as the stream circumvents and passes the rock which only delays it for a short moment.

The main thing is to live, and to move forward, with the desire to improve oneself (in an “order” worthy of being valued). You have to teach your child to keep the desire to want, to always try to surpass himself, and thus experience lasting happiness …