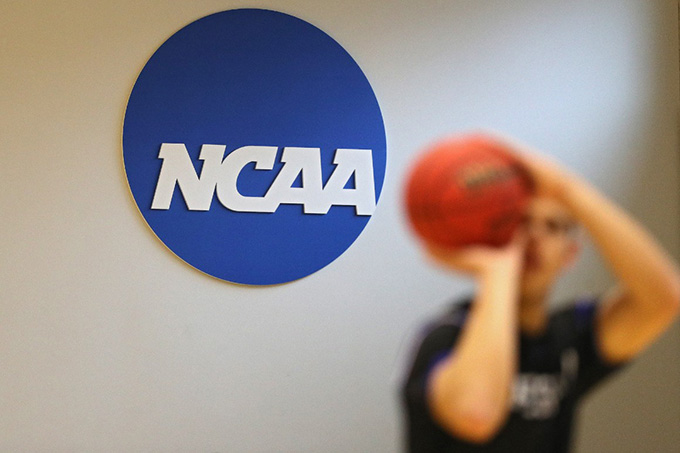 Now that the Supreme Court has ruled that student-athletes are able to earn money from their name, image and likeness, more than a dozen states have enacted laws to govern the practice. These states include Illinois, Ohio and Pennsylvania.

For example, the name, image and likeness law in Illinois defines what compensation can be for and the role that colleges can play when student-athletes seek endorsement deals.

This shifting landscape creates a wide range of revenue-generating opportunities for student-athletes. For example, companies and organizations can work to market their products and services to reach college students and college alumni via student-athlete endorsements, something that they were unable to do before

There’s no shortage of examples of student-athletes who are already taking advantage of their newly won ability to do business. For instance, Bryce Young, the star quarterback at the University of Alabama, has signed deals estimated to be close to US$1 million dollars. Hanna and Haley Cavinder, women’s basketball players at Fresno State, signed deals with Boost Mobile and the nutrition supplements company Six Star.

Drew Gilbert, a University of Tennessee baseball player, inked a deal with Breaking T for a line of T-shirts.

As a data scientist with an interest in sports analytics – that is, the science of using data to analyze how athletes and teams perform – I am concerned about how these new laws might affect student-athletes both on and off the field or court.

But perhaps most importantly, how will these new laws and policies affect college players? I see three potential pitfalls for student-athletes who might decide to use their visibility as athletes to make money.

Student-athletes are busy. Between classes and studying, and practice and competition, their schedules are packed. Their sports commitments can take up as much as 40 hours per week in-season. The temptation to earn money will add yet another demand on their time, which may lead them to shift their priorities.

Given all that they have on their plate, academics will likely suffer. Student-athletes are already saying they would like more time to study. So if making money comes into play, it could make time to study even more scarce. This could threaten student-athletes’ eligibility to play sports if they are unable to maintain their course credits and grades.

Organizations or businesses that pay student-athletes expect a return on their investment. They are not giving student-athletes money as charitable gifts. Responsibilities such as appearances or social media engagements may place additional time pressures on student-athletes. This could also serve as a mental distraction, which may affect their performance on the court or playing field.

Name, image and likeness contracts cannot depend on student-athlete performance directly. In other words, their endorsements cannot be tied to such matters as how many points they score. However, if student-athletes’ performance slumps, they may become less attractive to companies.

Eventually, data will become available to assess the relationship between endorsement opportunities and on-field performance. If there is a strong correlation, this would make the name, image and likeness revenue closer to the pay-for-play between colleges and athletes that the NCAA seeks to avoid. It’s not that the colleges are paying their players, but sponsors are paying players because they’re in college.

Revenue generated through endorsement opportunities makes student-athletes independent business proprietors. This requires them to file a specific type of tax form – known by the IRS as Schedule C – with places to record revenue and deductible expenses.

This, in turn, means it will be in the interest of professional service providers hired by the student-athletes, such as agents, tax advisers and marketing consultants, to help students deliver what the contracts stipulate, or risk losing out on future opportunities.

Student-athletes could benefit from being required to take a money management course. However, such a course may not be enough to help students manage themselves as essentially a financial enterprise. Some of these young people are coming into a sizable amount of money for the first time in their lives.

Not every student-athlete will have the benefit that incoming Tennessee State University freshman Hercy Miller has; his father, former NBA player and rap artist Master P, played a critical role in helping the young basketball player secure his $2 million ambassador deal with Web Apps America.

Student-athletes will now need an agent to help them with their business dealings. The NCAA may need to provide guidance for what such agents can and can’t do to guard against exploitation.

Author Bio: Sheldon H. Jacobson is Professor of Computer Science at the University of Illinois at Urbana-Champaign