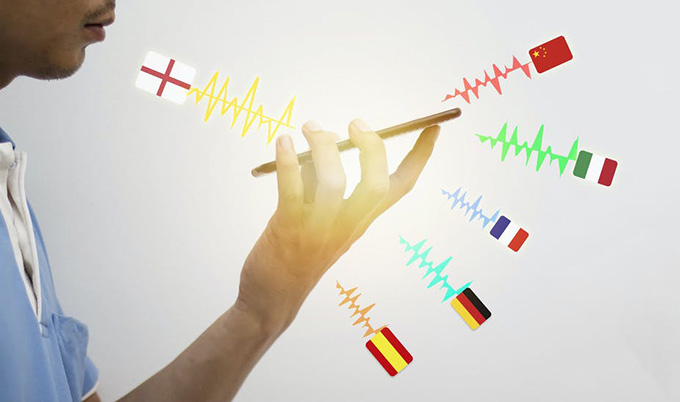 Some students elect to study languages in their senior years because of personal interest, or because they have previously been successful in language learning. Others may choose to do so because of future career plans, or because they wish to further their studies at university.

Research shows high achieving students in capital cities are most likely to study a language in years 11 and 12. This is particularly the case for students whose parents were born overseas in non-English speaking countries.

Girls are more likely to do languages than boys — research suggests they are just more motivated to do so.

If you’re thinking of studying a language in years 11 and 12, here’s what you should know.

In Australia, 10% of year 12 students studied a language in 2019. This compared with enrolments of 77% and 71% for the most popular learning areas, English and maths. The visual and performing arts were the second-least popular at 25%. In other parts of the world, however, language learning is on the up. So if you’re looking to broaden your horizons, learning a language is a good way to go. 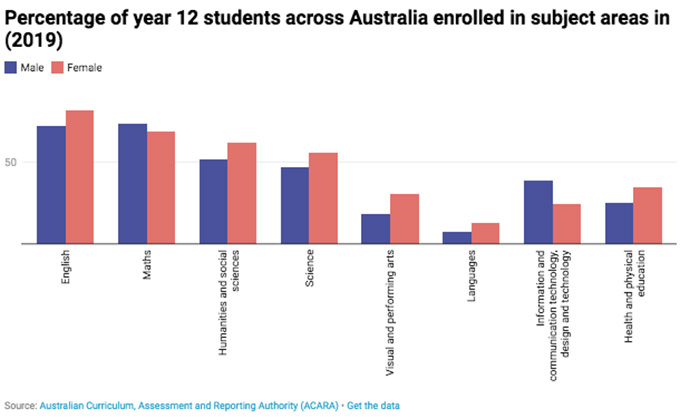 We don’t know the exact reasons for the low enrolments. One reason could be that the language a student wants to learn isn’t always available. For example, the majority of students who study Indonesian at the primary level don’t continue when they enter secondary school, often because it’s no longer available.

Chinese is the second most widely-spoken language in Australian homes after English, which may be one reason for its popularity. But there are many factors that influence the popularity of a language, such as students of French being interested in French culture.

What can you do with languages?

If you’re planning on going to university, learning a language will give you a leg up in the applications. Some Australian universities actually offer bonus ATAR points to students studying a language. For instance, ANU will bump your score up by five points if you take a language.

There are many career pathways available to language graduates. Teaching, interpretation, translation and diplomacy are some of them.

Many industries will welcome language graduates because they bring intercultural skills, which are crucial in our globally connected world. Plus, a second language can allow you to travel the world while developing your career.

What will you learn in the senior years?

What you will learn depends on which school you go to, what state you live in and which language you choose.

In most senior courses, you’ll not only learn the language but also its associated culture. For instance, in Victoria the senior language curriculum is organised into three broad themes:

Across these themes you will gain historical insight into the language and its speakers. You will likely explore the art, literature and music that have grown out of these language communities, consider social issues, such as the role of women, and engage with issues such as the culture’s value systems on relationships.

Most of this learning happens through the actual language, so you’re growing your knowledge and understanding of culture, society and history, while developing your language skills.

How fluent you become by the end of year 12 depends on many factors, including how many years you’ve been studying the language and how much effort you put in.

If you’ve been learning a language all the way through high school, by the end of year 12, you could aim for level B1 in an international certificate known as the Common European Framework of Reference for Languages (CEFR). This means you can deal with most situations you encounter while travelling, you can talk about your experiences and ambitions and explain your opinions, and you can understand the main points on things you regularly come across at work, school or elsewhere.

Is it better to take a language you’ve already been learning?

If you take the same language in the senior years as you have all through school, you will obviously benefit from already knowing a lot of the language as well as its grammatical structure.

But you could also take the opportunity to learn a different language, which will be easier to grasp now that you’ve already studied one.

Language learning involves developing knowledge about how language works. For instance, if you learn French throughout high school, you will develop a detailed and technical knowledge of the grammar of both English and French.

You could transfer your knowledge of how the French grammatical system works to another language.

The structure of senior language exams differs slightly depending on the state you are in. But generally the exam will require students to read and respond to both written and oral texts.

The written exam may include reading a passage in the language and answering questions to demonstrate comprehension of the text’s ideas or arguments. There will also be questions that involve composing texts in the language, such as an email, a description of an event such as a holiday or a letter to a friend.

Hey teachers and parents and students, check out The Conversation’s TikTok video based on our article to help year 10s choose year 11&12 subjects. And pass it on to those who need the advice https://t.co/tWiBWpkiks