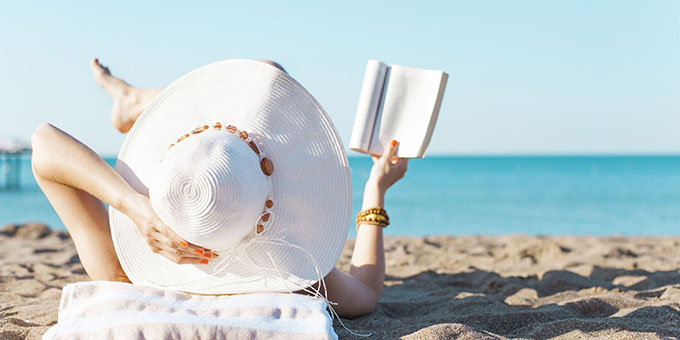 As this tumultuous year comes to a close, the Australian summer is an ideal time to relax and escape through reading.

Like many people, Australian teenagers have experienced higher rates of psychological distress this year as a result of the COVID pandemic. Reading is one way for teens to remove themselves, if only temporarily, from their current stresses.

Books make great gifts because they have whole worlds inside of them.

Young adult novels also present alternative ways of being and resolving crises. This is because a defining characteristic of young adult books relates to power. In novels for young adults, teen protagonists learn how to use their power to navigate social situations, whether in families, schools, their community or, indeed, other worlds.

In this way, young adult literature can be considered both a form of escapism and empowerment.

According to Teen Reading in the Digital Era — a study conducted by Deakin University — teenagers have diverse reading preferences. The study identified five of these: fantasy, contemporary realist fiction, science fiction, autobiography or biography, and action or adventure.

With this in mind, here are some recommendations for your teen’s summer reading to help them both escape and, hopefully, re-empower themselves. 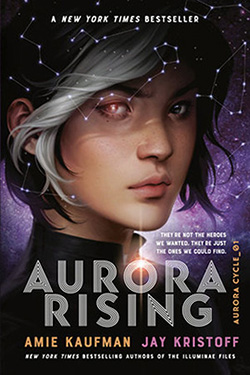 by Amie Kaufman and Jay Kristoff

Teenagers who feel they’re finally emerging from a tough year of restrictions may empathise with Aurora Jie-Lin O’Malley, who has woken up from a 200-year cryosleep (where your body is cooled down and preserved in liquid nitrogen) to find herself in the year 2380.

Aurora secretly joins a group of graduating cadets on their first mission. What should be a simple cargo run ends up being a cat-and-mouse chase across the galaxy. In trying to find her place in a new universe, Aurora and the cadets uncover an ancient alien species who has spent millions of years preparing to take over the galaxy.

Told from the perspective of each of the seven teenage protagonists, the Aurora Cycle is a new action science-fiction series. It currently comprises the books Aurora Rising (2019) and Aurora Burning (2020).

Other intergalactic action-adventure sci-fi books teenagers may enjoy include A Confusion of Princes (2012) by Garth Nix, Mindcull (2019) by K. H. Canobi, and Kaufman and Kristoff’s earlier series, The Illuminae Files (2015–2016). 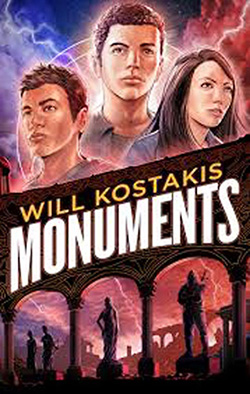 A scavenger hunt for buried gods may be just the thing teenagers need to get their minds moving. In this urban fantasy duology, Connor learns about the Monuments — powerful gods who have hidden themselves to protect humanity.

Joined by Sarah and Locky, Connor searches across contemporary Sydney, trying to uncover the gods. However, despite their awesome powers, the Monuments need protecting, too. The problem is Connor doesn’t know who he can trust with the knowledge and power of the gods.

This is author Will Kostakis’ first foray into the fantastical.

Other fantasy novels for teenagers to get lost in include the bewitching The Last Balfour (2019) by Cait Duggan; Four Dead Queens (2019) — a murder mystery by by Astrid Scholte; and the Old Kingdom series (1995–2016) by Garth Nix. 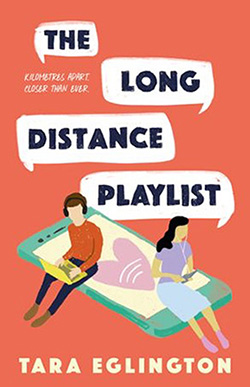 Having spent more time on a screen this year than before, what better way for teenagers to re-engage with novels than to read one that’s written in instant messenger, text, emails, prose and playlists?

Eglington’s fourth young adult novel centres on teenagers Taylor and Isolde, who live in Wanaka (New Zealand) and Sydney, respectively. Friends since childhood, the two reconnect across the Tasman after an 18-month long fight.

As they exchange cross-country messages over the course of the year, they help support each other through their ordeals and, in doing so, realise relationships can develop over distances.

Two more realist young adult novels in which teenagers connect with others include 19 Love Songs (2020) by David Levithan and It Sounded Better in My Head (2019) by Nina Kenwood. 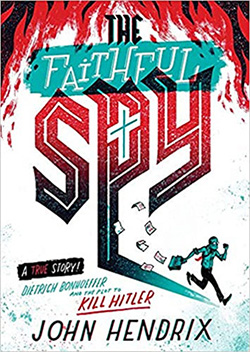 The Faithful Spy: Dietrich Bonhoeffer and the Plot to Kill Hitler (2018)

Teenagers who prefer to read about the lives of others may be interested in this graphic biography. It tells the story of Dietrich Bonhoeffer, a German theologian who resisted the Nazi regime and was associated with the plot to kill Hitler.

Using a red-black-teal colour scheme, the mixture of text and illustration details Bonhoeffer’s life and outlines the larger historical context of Hitler’s rise to power and the second world war. Cited material is asterisked, and a select bibliography and limited notes are included.

A graphic autobiography (about a girl growing up during the Iranian Revolution) teenagers may also enjoy is Persepolis (2000) by Marjane Satrapi.

Author Bio: Troy Potter is Lecturer at the University of Melbourne