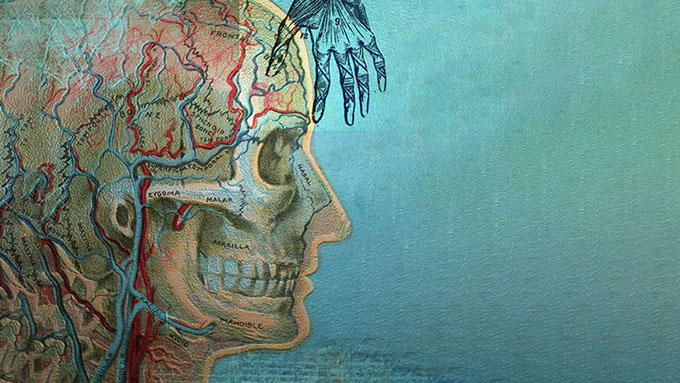 “Crisis” is a word that has been much used during the pandemic to describe the scale and acuteness of the multiple challenges posed. But when, in late November, my father was admitted to intensive care with a recurrence of a cancer he’d been treated for earlier in the year, these metaphorical constructions give way to the word’s original meaning in pathology: the turning point in the development of a disease.

This is a crisis for real. However well prepared we thought we were, it shocks us again with the realisation of imminent loss, triggering crossed wires of grief, fear, doubt, resignation and hope.

My father was an oncologist who used to work in the London hospital he was readmitted to, so he knows the deal. As the consultant prepares for an experimental, last-ditch course of treatment, my father accepts that the chances of success are slim.

As a historian of medicine, I’ve spent much of my career developing the medical humanities: working with students to cultivate capacities of empathy and resilience, and to find meaning and acceptance in loss. So this ought to be a moment of validation, when so many years of thinking and writing about the value of the arts and humanities are attested in the world. But the truth is, they are tested.

Not long before my father got ill, we shared views on Frank O’Hara’s poem Having a Coke with You, which then seemed so optimistic and full of expectation. But what use is a Frank O’Hara poem when a person you love is dying? All I can hear are the bleeps of life-support machines as big as 1970s computers while we’re talking via unstable FaceTime connections that break up somewhere over 6,000 miles of ocean, desert, mountains and locked-down cities between Hong Kong and London.

What are the arts and humanities for, if they’re not for this?

I’m reminded of a pre-pandemic meeting that a friend attended with one of her university’s senior managers, an engineer by training. It was intended as a get-to-know-you session with the Faculty of Arts, and as he was wrapping up, the senior colleague told the assembled faculty that one day, perhaps when he retired, he’d like to spend more time with them, learning to paint.

It was clear at this juncture that he thought he was speaking with artists, if not artistes. Literature, philosophy, history, fine arts and the rest, all boiled down to, well, art – of the paint-on-canvas variety. This was a source of some hilarity, but also despondency. Weren’t the arts doomed in a STEM-obsessed institution, where the people running the show thought that cultural criticism was a form of painting, a notch up from home decoration but best left for retirement?

The week before my father’s readmission, I’d finished writing a book chapter on responses to HIV/Aids during the early years of the epidemic in the US. As part of the research, I’d spent several weeks rereading poems that discuss the disease, some of which were written from a hospital bed, or beside one. What struck me was the optimism that infused them amidst all the fear and pain, as when Joel Zizik writes of his dying lover, “the fever rising until you were liquid/inside your skin, like a small young planet.” As the body fails, poetry takes off to counter despair. Crisis brings new clarity to life and death, grasped as a continuity that meshes bodily dissolution with solar regeneration, linking the here and the now with the out there and the forever. On an intergalactic scale, these poems say, we’re all in this together.

But what about the writing we do in the arts and humanities, the writing about writing? The explication of an explication of the world, which we might imagine in Neoplatonic terms as a mirror reflecting a reflection in a mirror of a shadow on the wall?

On day five of my father’s readmission, the palliative chemo kicked in. He was able to talk fluently, his mind as lucid as ever. I told him about the book I’m writing and, from there, we somehow got to Jackson Pollock’s painting Autumn Rhythm (Number 30) – my father is an artist, too – and the music of the Venetian composer Luigi Nono, and ended up discussing an essay he’d read by Sir Thomas Browne on, of all things, urn burials in Norfolk and recalling a walk we once went on to an ancient Wiltshire hill fort. Everything was admissible in this collage of a conversation, where paintings were layered with literature, recollections and blue-sky reflections.

That FaceTime conversation was a crisis (in the sense of a turning point) for both of us because it has reminded us that the ability to make things doesn’t stop with illness. We weren’t just reading the world through paintings, music, poems and books; we were recreating it – and thereby making sense of our place in it.

Perhaps there’s a half-truth after all, then, in the assumption of my friend’s senior colleague that in the arts and humanities we’re all artists. There’s no easel or black beret, of course, but what we do is create art – even if it takes a crisis to see it.

Author Bio: Robert Peckham is M. B. Lee professor of the humanities and medicine at the University of Hong Kong, where he is concurrently chair of the department of history and director of the Centre for the Humanities and Medicine.