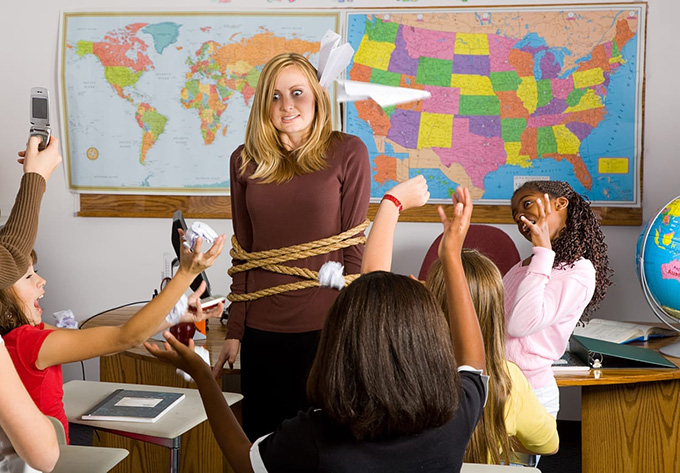 How do we choose what to research? Do we choose, or do our topics choose us? I’ve been musing about this, as I’ve recently had to explain why I chose to spend six years collating information about the scandalous and sometimes downright corrupt practices in English schools. Why a focus on corruption?

My answer may seem a little “unacademic’ – I didn’t look for a gap in the literature, I didn’t think about how to make a contribution, I wasn’t looking for a distinctive new analysis. I was simply angry. More than angry – outraged indignant, furious. And I wanted to deal with my rage. I wanted to see who else felt the same.  I had a hunch that the anger-making events that existed would not surprise anyone, but seeing the sheer scale and spread of the problems might.

At first, I dealt with my anger by accumulating. As I am online every day and follow educational journalism and alt. media sources, it wasn’t hard to find and save a few posts each week. I initially used a Pinterest board and a cloud file for reports and larger texts. After a couple of years Pinterest changed the way it stored information, making a number of the clips useless. A salutary lesson about depending on commercial platforms. I wondered for a bit whether to just stop, as I still had no idea what I was going to do with all of this information, or whether to continue. But as the weekly flow of incendiary reports continued, I started clipping again, but now storing everything in a single – and unsorted – file.

When I finally got round to analysis, I could see that there were some big themes in the 3,800 clips that I had saved. I had a lot of material about costs that had never been part of the education budget before – academy and free school start-ups, conversion of local authority schools to academies, the costs of re-brokering (shifting schools from one academy chain to another) and the use of public finance initiatives (PFI). There were more murky tales too: high salaries paid to school leaders; financial misreporting and mismanagement, fraud, dodgy procurement, both dubious and illegal Related Party Transactions and some spectacular instances of market failure. I also had news clips related to new forms of accountability: the (perhaps) unintended outcomes of punitive school inspection regimes and performance measures; and the use of a narrow, annually repeated and high stakes standardised testing regime. The perverse outcomes of these performative measures were readily apparent in official statistics about the inequitable classed, raced, gendered and locational distribution of qualifications. Even I was surprised by the chronic lack of transparency of decision-making at all levels of the system and disappointed by various forms of gaming (the most toxic of which were exclusions and off-rolling, the illegal practice of simply removing undesirable students from the roll), and various forms of administrative malpractice, most notably lying, misuse of statistics, bullying and harassment.

While it was clear that while there were some “bad apples” in the system these were I reasoned at least in part the result of a larger systemic problem. There were a tangle of structural and cultural practices in play. It was abundantly clear that I had some kind of project on my hands. I sought out as much research and “grey literature” as I could so that I wasn’t entirely dependent on media sources and began to look for literatures that might offer some analytic heft.  Rather than reach immediately for my familiar sociological theoretical and disciplinary friends, I turned in the first instance to history, public administration and politics. I started to read about corruption.

I was initially wary of bringing the idea of corruption to education. It’s an emotive term and one more associated with politics and business than schools. But as I got further into the literatures in the field, it seemed the most apt framing for the material that I had accumulated. I learnt that corruption was an ancient idea which originally referred to a state of being, and the state of the (nation) state. A corrupt state was a sick state, one that did not serve its citizens well, a state which was inequitable and unethical. Our more recent understanding of corruption refers primarily to illegal actions which bring unfair benefits to an individual or group – the bribery, fraud, cronyism and so on that I had originally noticed. Because I had material that covered both meanings of corruption, I decided that it might be better to differentiate between the two, even though the line between them is blurred. After toying with the idea of “bad behaviour”, I opted in the end for the notion of corrupted practices which I hoped would convey the sense of the unacceptable and unjust outcomes we now see in schooling in England.

Of course, the book I eventually wrote does more than simply document corruption and corrupt practices. Books that start in anger can’t simply be a polemic. They have to be, as Bourdieu suggests, ‘expert” enough to be of use. So I offer an historical account of how corrupt practices came to be, and how an agenda for change might develop. I argue for recuperating and redefining the notions of efficiency and effectiveness as well as a re-moralisation of the public policy agenda, and the importance of redressing the democratic deficit.

Because I don’t want to either undermine the work of committed educators who keep the system going, or further erode trust in schools, I fear I may have trodden too softly on some particular issues. I’ve chose for example, to talk about what kind of regulation we might want, rather than argue for getting rid of the existing inspection agency. But I do, I hope, provide an informed analysis which will encourage others to be outraged at the sheer scale and variety of impropriety, profligacy, waste and greed  – it comes from the very top. It’s now hard-wired into the architecture of all public services. Marketisation, privatisation and contractualism proliferate the points of contact between the public and private and produce the immiseration and stigmatisation of particular communities and locations. And this is, in my book, the very definition of corruption and a corrupted state.

I had no idea when I started on this long project that there would be a pandemic. I finished the writing at the end of 2019 and then spent the first couple of months of 2020 dealing with proofs. The book was to be published in June this year. It wasn’t.

I didn’t anticipate that publication of my book would be held back so I could write a new introduction connecting my analysis with current events. I didn’t imagine that what I had written about would now – finally – be front page news. I just couldn’t have guessed that my book would be published in the middle of lockdown when political mis and disinformation, nepotism, cronyism, lack of transparency and outright organisational bungling would be the stuff of mainstream media headlines. And that the ways in which the health and school systems run on the commitment and hard work of front line workers would be obvious to everyone. But this is just where we – my book and I – are. Bizarrely, and not something I had planned for I have, it seems, finally written something that is in the zeitgeist!