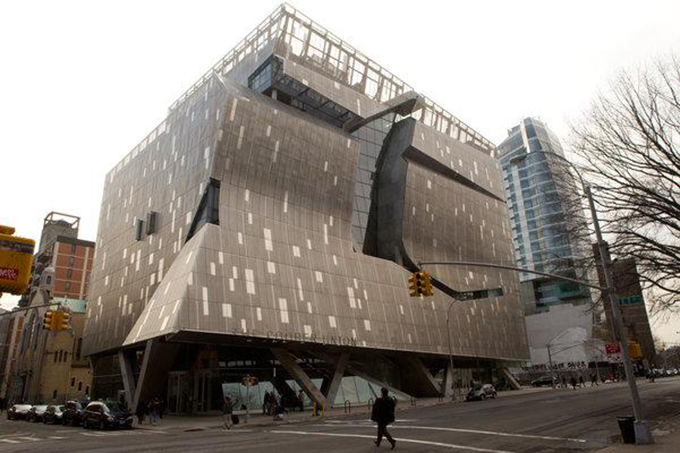 It really is amazing how cheap “education” can be. If every one of my students paid $200 for my course (i.e., about 10% of the usual price today, a bit over a buck an hour of my time), that would cover my salary and benefits, with plenty left over for upkeep and maintenance of the tax-free properties where I teach. Granted, I have large classes, but many institutions have large classes nowadays. It’s curious nobody has whipped out a calculator before and wondered where all that tuition money goes.

“Plaintiffs seeking to block the tuition, including students, alumni and faculty, say requiring students to pay is illegal and violates the school’s charter.”

Cooper Union for the Advancement of Science and Art, established 1859, is a small arts/engineering college that was founded to offer free education to any who would attend its classes. You read that right, it’s been offering free classes for over 150 years.

“…the chairman of Cooper Union’s board of trustees, Mark Epstein, announced the school would begin charging more than $19,000 a year to avoid financial insolvency, calling the change “necessary.”

I acknowledge all good things must come to an end, but starting this year, tuition will go from a very affordable $0 (for those that got accepted) to $19,000.

Talk about a price increase! The increase at this institution alone would cause the CPI to jump a bit, assuming it were calculated honestly. I exaggerate, but the fact remains, this institution used to be free, and virtually overnight, it’s going to charge $19,000 a year.

It’s so funny, whenever an institution comes up with a new way to screw over students by charging them more (say, by offering some new bogus course that doesn’t do any good), other institutions study and copy the new method of screwing students.

And yet Cooper Union has managed to offer free education for over a century, and no institution, anywhere, ever, thought to ask “hmm, how are they doing that, and how can we copy that model?” It’s not like the founder, Peter Cooper, was a fabulously wealthy capitalist or something, at least compared to JP Morgan or the like (he was a very amazing person, however, with a very inspirational life story).

It turns out, raising the price (or charging anything at all) violates the school’s charter, written by Peter Cooper, specifying his school was to offer free education.

In 2006, administration at this school argued they should keep their tax-free status on their building, because of their lofty goal of offering free education.

In 2014, administration now argues that they need to raise tuition to extreme levels. You want to bet they’re keeping quiet about their tax free status?

“If you’re dealing with a trust that’s 100 years old, it’s generally understood [by judges] that whatever it took to run a school back then is drastically different than today,” he added.

I have to admit that much can change in a century. But, if the administration is being intellectually honest here, then they should simply say “we can no longer honor the benefactor’s wishes, so we’re going to close up shop, taking pride in over a century of honorable service.” No, that’s not going to happen. Cooper’s original vision will be perverted into “We’re just going to screw over young people as brutally as possible for as long as we can get away with it.”

“…judge will also want to get into questions about how did we end up here? Who\’s been managing this?”

Yes, this is a question that needs to be asked loudly, and pointedly. If you need to squeeze $19,000 a year from students just to get by today, how is it that you were doing fine last year when you charged $0 a year? It sure sounds to me like the coffers have been looted, recently.

At the very least, the judge should see to it that the entire administrative staff should be fired, with additional prejudice that they not be employed anywhere else in higher education. It’s positively sickening to me how many times I’ve seen scamming administrators plunder an institution, get fired, only to be re-hired at another institution, where the plundering begins anew. The only time they don’t get re-hired is when they’re given such billowing golden parachutes that they don’t try to fall into another job.

Imagine if the CEO of Kleenex said “we need to start charging $20,000 for a box of Kleenex, right now, or else we’ll be insolvent.” It just doesn’t work that way, a private institution doesn’t suddenly need that kind of money without massive mismanagement (i.e., plundering) of funds.

Meanwhile, the students that got accepted to this school, and have already invested 2 years of their lives, now realize that they’ll need to come up with $40,000 (you can bet tuition will be raised next year!) if they want to finish out their degree.

“At the handful of other schools that still offer free tuition, faculty is paying close attention to the case…”

I bet they are. If plundering administration can wipe out a school’s finances–in a year!–with no repercussions, faculty at those schools should be a little worried. Faculty need to simply remove all administrators that aren’t also actually teachers and faculty at the school…too bad they don’t have that power, otherwise they’d see how the legions of deanlings that crowd higher education are completely unnecessary.

Because institutions of higher education are ruled by administrators with no skin in the schools they run, their only motivation is to plunder the school and sacrifice all integrity in the name of growth and personal profit. Then they move on, little different than locusts. I’ve written of this many times in my blog, and documented it at pretty much every school I’ve examined.

If tuition going from $0 to $19,000 in a single year isn’t a sign that something is terribly wrong in higher education, what would be?