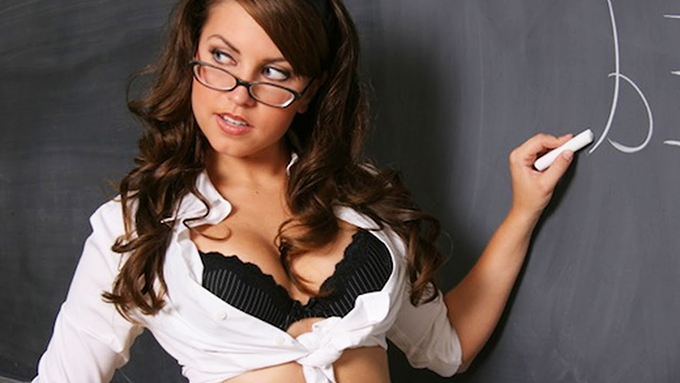 Thus, when admin says they’re going to improve education by doubling the class size, I point out that this isn’t true, obviously isn’t true, that nobody thinks “the larger the class, the more effective the teaching.” I bother to point out studies, but it does no good. Administration has their own way of looking at education, and when class sizes get large enough, retention does, arguably, improve.

What’s retention? That’s the students not dropping the course. Of course, the reason why retention improves in large classes is easy: the teacher has no choice but to simplify the course and remove course content, to go at a slower pace. It’s why “Powerpoint lectures and multiple choice tests” are the primary course type now, because that’s the only way you can even do a little bit in a class with 100 or more students. Larger class size also means it’s much easier for a cheater to slip through the cracks, and it’s more economically viable to steal and sell the answers; it’s why there are websites now that sell the answers to the entire course curriculum of some campuses (you’ll forgive me if I don’t include links here…stupid low prices, though).

Another way admin “improves” education is by opening up the rules for dropping college courses. It used to be a student only had a few weeks to drop a course, and could only drop a few courses in his whole college career. While these rules might seem harsh, it made students take college seriously. By making dropping a course as casual as changing a shirt, and making retention a measure by which faculty get promoted, students can take the same course with half a dozen different professors, keeping the course when they find a professor who is particularly easy, or doesn’t do his job.

See how that works? Don’t do your job as a teacher, and you’re more likely to get a promotion in higher education. Around twenty years ago, I explained to admin the obvious here, pointing out that letting students drop all they want would mean that far less students would graduate on time, but admins didn’t care then and don’t care now: graduating students on time is irrelevant, admin is paid based on butts-in-seats, and thus don’t care about hurting education…and admins sure didn’t like me using arguments based on integrity and common sense.

One of the most popular measures for determining promotion as a teacher is student evaluations. Naturally, the better the evaluations, the better the teacher, right? The extreme emphasis on evaluations is why faculty don’t try to catch cheaters nowadays—admin won’t get rid of cheaters (cuts into butts-in-seats, after all), and cheaters give very bad evaluations to professors who catch them; one professor’s lower pay for catching cheaters solidly demonstrates how this works (the fool actually caught over 20% of his class cheating—the gentle reader needs to understand cheaters are this common because most professors aren’t so stupid as to look for cheaters, and the students know it).

Admin: “You’re still not dividing your class into groups for assignments? Your peers are.”

Me: “I respect that my peers can do what they wish in their class, but, as you might recall, I provided studies that showed group work hurts students, they learn less, and I want to help my students learn. Now, reasonable people can disagree. Can you produce a study that shows the opposite, so that we can discuss this like academics?”

Admin: “Our consultant has plenty of evidence that group work improves retention.”

Admin: “I’m not going to argue with you, but I will be docking you points on your annual evaluation. You are dismissed.”

–Yeah, citing studies and trying to have a respectful conversation…no wonder I’m a troublemaker.

Another way administration is hurting higher education is “group work.” Again, studies have shown what common sense already knows: group work is a very limited tool for getting a real education. Group work does increase butts-in-seats, mind you, since group work means one good student (maybe) does the work while the rest of the group sits there. Again, I produced studies showing that asking faculty to add group work was hurting education…and, again, my reward for acting with integrity to my students for not putting group work in my mathematics classes was a kick in the teeth.

Admin addressing all the faculty in a meeting: “Half of this department’s student evaluations were below the median. You people need to improve!”

–Yes, the deanling had a Ph.D. in Administration, and no, we didn’t laugh in his face.

Now, unlike the other ways of hurting education, admin does at least have a point with student evaluations—there really needs to be some means of determining if a teacher is terrible, and, yes, looking at what students have to say certainly counts for something. It doesn’t count for everything, however, and because the relationship isn’t so clear, admin has gotten away with making getting good student evaluations a major part of a professor’s job.

And so, I’ve tried to argue that high evaluations, much like high retention, shouldn’t be the main means by which a professor can gain the favor of administration, but it’s done no good. Education isn’t so easy to measure as retention. On the chance there are any administrators left who even care, I point out the following study:

At the risk of patronizing my readers, and the hope of educating any administrators deigning to read this blog, allow me to explain what the highlighted result of the study says: the better the teacher at educating students, the lower the evaluations. “Negative correlation” between two things means as one thing gets better, the other gets worse.

When it comes time for promotion, there are many factors, such as committee work, developing courses, student club work, and so on. But the largest, most important determination of promotion on many campuses, especially the many (alleged) teaching campuses that litter our nation, is student evaluations.

Keep that in mind, higher education is so backwards today, that a student who learns he’s taking a class with a teacher recently promoted due to “good teaching” is probably going to learn less than if he took a class from a faculty that administration insists is a bad teacher.

Seriously, a student wanting to get a good education nowadays should first go to administration and ask “who are the worst teachers on this campus?” Administration won’t honestly answer that (of course), but if they did, those are the teachers a student looking to get an education should take.

Of all the many signs that higher education is mostly broken right now, this might not be the largest…but it’s another sign all the same.