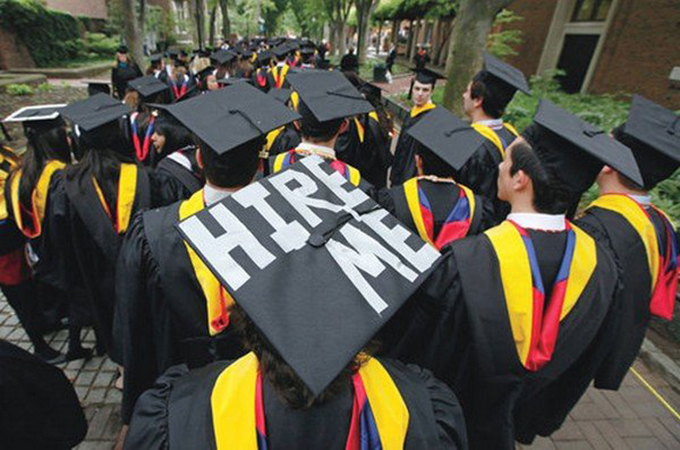 A series of government policy reforms over recent decades aimed to increase the proportion of Australian workers with university degrees. They got that result, but what they did not expect to see was that almost one in four unemployed people would have a degree (although employees with a degree appear to have fared better during the COVID-related job losses). And more than one in four graduates can expect to be either unemployed or underemployed four months after completing their undergraduate degree. So how did that happen?

More than 30 years ago the Australian government initiated a plan that would give more Australians access to university education. The government wanted equity objectives to become a priority of higher education management planning and review. The reforms paved the way for no upfront student fee payments and income-contingent loans.

The goal of expanding university places was that, in time, Australian universities would be diverse in a way that reflected the general population. Specific under-represented groups were targeted. They included women, students with a disability, Indigenous students, students from poorer families, students from non-English-speaking backgrounds, and students from regional and remote areas.

The reforms, have, in part, achieved the desired outcomes. Universities today do better reflect the general population. Australia has also greatly increased the number of people graduating with higher education qualifications, as the chart below shows. 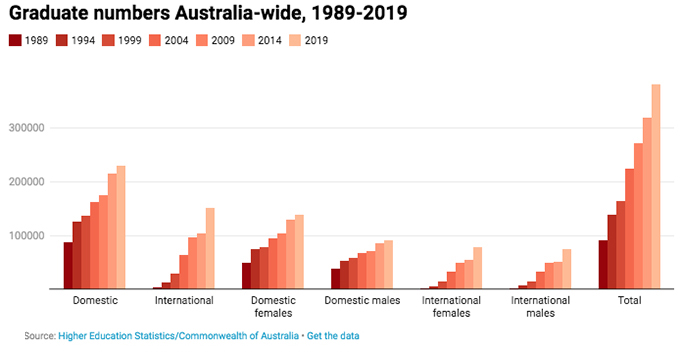 Domestic female graduates, who were one of the target groups, now consistently outnumber domestic male graduates. Students with a disability, Indigenous students, students from low socioeconomic backgrounds and students from regional and remote areas have all had significant increases in enrolments. 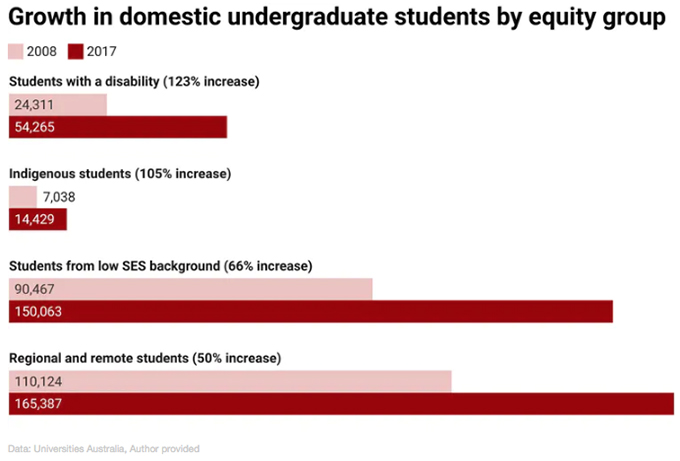 Another success story is the large increase in working Australians who hold a university degree. From 1993 to 2013 the proportion increased from 12.4% to 27.9%. It continues to increase to this day.

So while the total number of people in work was slightly lower in November 2020 than in May 2019, degree holders fared better during the pandemic. They continued to increase both in number of employees and as a proportion of the workforce.

But graduate jobs are harder to find

However, the unintended and concerning statistics that resulted from policy reforms relate to the increases in unemployed people with a university degree.

While the pandemic is largely responsible for the rise in unemployment, we also have a larger pool of eligible workers with university degrees. So it makes sense that, particularly in such challenging times, the number of unemployed with a university degree will increase.

Even so, prior to COVID-19, a large percentage of university graduates found it difficult to find full-time work. The 2019 Graduate Outcomes Survey-Longitudinal (GOS-L) showed many take time to find full-time graduate employment.

The GOS-L assessed the short-term (four months) and medium-term (three years) outcomes of graduates. It was based on a cohort analysis of graduates who responded to both the 2016 Australian Graduate Outcomes Survey and the 2019 GOS-L. Graduates included those who completed undergraduate, postgraduate coursework and postgraduate research degrees.

The table below shows the outcomes for these 42,466 graduates within four months of completing their degree in 2016 and again in 2019, three years after graduating.

Significantly, 27.4% of undergraduate graduates were unemployed or underemployed four months after completing their degree.

Previous research and current statistics both prove that a university qualification does not guarantee a job. The 2008 Bradley Review prediction that by 2010 the supply of individuals holding undergraduate qualifications would not meet the demand has not eventuated.

From a national point of view, the ethos is the more people who have a degree, the more highly skilled the workforce. In time the job market will get better, but it might be different for some.

In these testing times graduates need to be resilient, determined and adaptable. They will have to take advantage of any opportunities and professional networks that their universities and alumni provide.