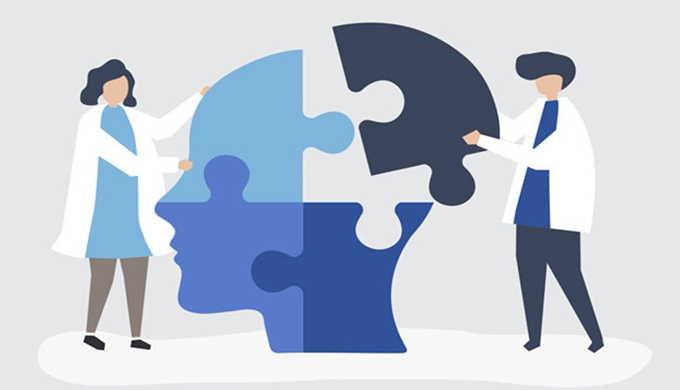 You may have heard that we only use 10 percent of our brain. There have been science fiction stories, songs, and news articles about this idea, but the claim itself is not true. Research tells us that the portions of the brain, the neurons, are programed to die if they are not utilized. This would lead to brain shrinkage and deterioration.

Myth 2: OCD is the Same as Being Organized

There is a misunderstanding that psychology is easy. This is especially common on college campuses. However, when people begin to take psychology courses, they will likely find out that it is not as easy as they thought. There are different schools of thought, histories, diagnoses, and symptoms to study and learn.

This kind of relates to myth 4 and it the idea that psychology is merely common sense. However, this is not necessarily the case. Research may seem obvious sometimes, but it is important, nonetheless. In addition, there are also studies that prove things true which most people would have never predicted or thought to be true.

Psychologists do not just sit back and listen to their clients passively. Talk therapy involves active engagement, questions, guidance, and the development of solutions. Different careers in psychology also have a variety of different duties and specialties.

Myth 7: Psychology is Not a Real Science

Some people may wrongfully believe that psychology is not a real science. Psychology relies on the scientific method and research. This research can then be used to progress the science of psychology. This is not to say that there are not limitations because there are due to the fact that different cultures and the passage of time can alter human behavior.

There is a reason that people believe that mental health issues cause violence. When someone commits a violent crime, people sometimes try to understand the perpetrator by saying they are crazy. Furthermore, if they do have a history of mental illness, the media is likely to take an interest and publish stories about it. However, most people with mental illnesses do not commit violent acts and most violent offenders do not suffer from mental illness.

Myth 9: Mental Illness is Only a Chemical Imbalance

A lot of people believe that first born children are more determined and dominant while second children are more likely to experiment and less likely to be conventional and conservative in nature. However, there is actually not evidence that supports this claim.

Myth 11: People are Either Left-Brained or Right-Brained

A lot of people believe that individuals are either left or right brained. Left-brained people are said to be more logical while right-brained people lean towards creativity. However, this is not true, and tasks use the special functions from both sides of the brain simultaneously.

Myth 12: Everybody Has a Preferred Learning Style

This is a common myth in the educational realm, and it states that there are visual learners, auditory learners, and hands-on learners. However, there does not seem to be indication that individuals are one or the other. However, some concepts seem to be better suited for learning in a different style than others.

It is common to believe that opposites attract to form lasting relationships. However, this is not the case. The thought behind the myth is that when people have different traits and interests it will balance the relationship and add interest to the couple. The opposite of this myth is actually closer to the truth. We are more drawn to those who share similar interests and values, and similarities can help to foster a successful, long-term relationship.

Myth 14: Bottling up Emotions Can Lead to Damaging Outbursts

There is a common belief that emotional suppression can be harmful and lead to more problems in the future. This contributes to the idea that it is good to vent and let anger out. However, this is not true and venting actually reinforces anger and causes the anger to last longer. It is better to learn to manage your emotions and how to express yourself in a healthy way.

Myth 15: Most People Have a Midlife Crisis

Midlife crises are the root of concern and jokes and it is common to attribute any problems for people in their 40s to a midlife crisis. This leads them to change lifestyles and buy sports cars, motorcycles, and change clothes to younger styles.  The truth is that only a small portion of the population suffers from a midlife crisis and some of the changes in behaviors have to do with other factors like career advancement, older children, and financial freedom.

There is a lot of misinformation that goes around the world in relation to psychology and mental health. These things may be fun to believe but spreading the factual information can help to reduce the stigma that still surrounds mental illness and careers in psychology. Next time you hear one of these myths, try to provide the correct information so that the myth can stop there.