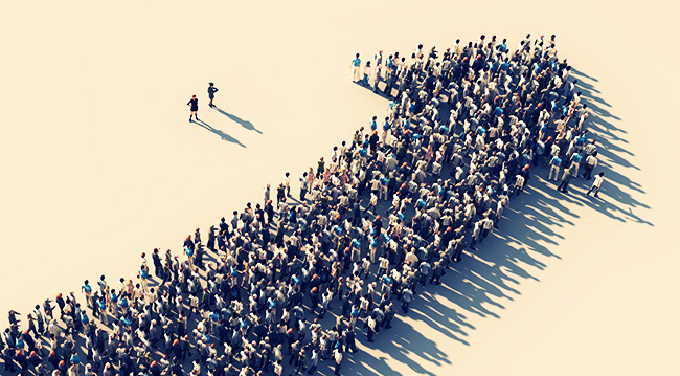 It’s hard to believe that crowdfunding is such a recent phenomenon. While the first crowdfunding campaign was more than 20 years ago, in 1997, it didn’t become mainstream until around 2009, when revenue was around $530 million. Sites like Kickstarter, GoFundMe, and Indigogo now make it easy to run a crowdfunding campaign, whether it’s for a new product, a show, or even for the benefit of an individual’s medical bills.

Crowdfunding isn’t all about making sure you get the next sequel to your favorite self-published book, however. It’s also doing a lot of good for society overall. Here are 5 important ways crowdfunding is benefitting society.

Many crowdfunding campaigns are created to help individuals who are going through a tough time, either medically or personally. People who have been through a fire, have expenses related to a disease like cancer, or have had their possessions stolen. Crowdfunding, with its ability to “go viral” can mean that charitable campaigns have jaw-dropping results: one man’s quest to raise money for an 89-year old man resulted in $300,000 in donations, rather than the $3000 he was hoping for.

Since individual campaigns like this have the ability to touch people emotionally, crowdfunding is beginning to change the way non-profits approach donations: instead of just promoting their mission statement, they’re becoming more personalized to appeal to people willing to give to campaigns for individuals. Tapping into donor’s emotions involves storytelling and being transparent about the work that’s being done, which is compelling non-profits to shift their fundraising efforts and to try leveraging the power of crowdfunding.

Governments have to balance where they allocate funds, especially those provided by taxpayers. Some projects sit on the back burner for years because there simply isn’t the money to fund them. Civic crowdfunding has become an option for communities that don’t want to wait for projects to become reality. Between 2010 and 2013, about $10,700,000 was raised via crowdfunding for projects like parks, improved bike lanes, and monuments. While crowdfunding won’t replace taxpayer dollars, these civic projects are making many cities and towns safer and more beautiful than before. They also allow for more community involvement in decision-making.

Because environmental preservation is an important issue for many people, crowdfunding is a perfect way to fund green businesses or initiatives that focus on sustainability. Instead of going through the normal channels of investment options, like venture capital or small business loans, a business can appeal directly to the buyers. Many consumers are willing to pay more for sustainable products, and crowdfunding is one way they speak with their dollars.

Civic crowdfunding could help solve some of society’s biggest environmental problems. For example, as more cars come on the road, more pollution is being released into the air. Private cars emit 73% of urban air pollution, and the number of vehicles is likely to rise to 3 billion by 2035. Crowdfunding for initiatives like sustainable transportation, bike lanes, and other projects could help reduce environmental impact.

Most crowdfunding websites have an environmental/green section, allowing those who care passionately about these issues to quickly find projects they want to support.

Innovation can be a slow process. It can take years for an idea to become reality using more traditional funding sources. Crowdfunding can speed up that process by providing the necessary funds and the initial orders for the product. This shortens the development cycle by proving the demand and funding the project simultaneously. Now, it’s easier than ever for innovators to bring a new project to life—a project that can potentially deliver immense value. If the interest just isn’t there, the project isn’t funded, the investors get their money back, and there’s no harm, no foul. Crowdfunding is a wonderful tool for effective market viability testing for just this reason.

Everyone knows a person (or ten people) with great idea for a project. That project might not pass muster with a book publisher or Hollywood executive, but that doesn’t mean no one is interested. Crowdfunding makes creating something accessible. People don’t have to go through the “gatekeepers” with crowdfunding, they just have to propose an idea people find interesting and exciting enough to buy. That’s truly the beauty of crowdfunding: if it can be made, and enough people want to see it made, it can happen.