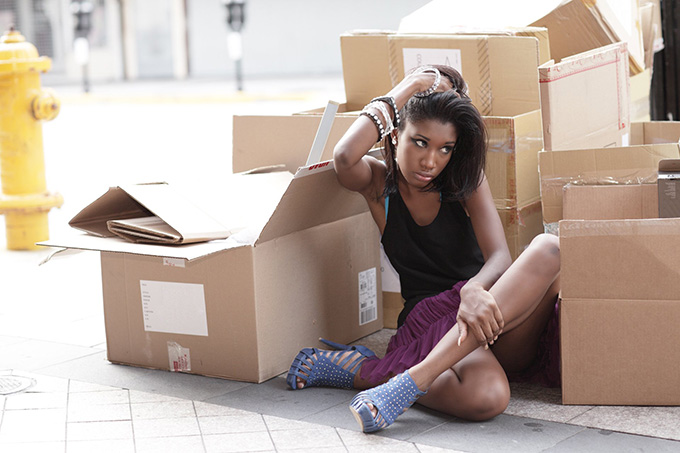 Higher education has long been associated with the promise of a good life. Participation, however, has no guarantees.

Former prime minister Gough Whitlam argued that Australia’s higher education system was not straightforwardly a “great instrument for the promotion of equality”. Instead, it mainly functioned as “a weapon for perpetuating inequality and promoting privilege”.

Scholars, too, have demonstrated how the rewards of higher education are unevenly distributed: it matters who you know, where you go to university and what you study. It also matters where you live.

My research (soon to be published with Bloomsbury) reveals the experience of upward social mobility can be emotionally costly too – particularly for graduates from the working class.

Moving up and becoming different from one’s family and friends can involve losses, not just gains.

How do graduates see a good life?

Young people today, particularly those from underrepresented groups, are encouraged to participate in higher education.

My small-scale qualitative research focused on the experiences of one of these underrepresented groups: working-class students and graduates who were the first in their family to attend university.

I interviewed six current students and 20 graduates from Cranebrook and its surrounding suburbs in the Penrith area of outer Western Sydney – a region known as Australia’s manufacturing heartland.

I was interested in how class and place shaped their experiences before, during and after attending university.

I was also interested in the “existential” dimensions of the mobility experience: how university becomes a means to a good life and what constitutes a good life.

For the research participants, going to university was not necessarily about class escape and escape from place.

“Doing well” involved finding suitable employment close to home and staying put in Penrith – a region not conventionally seen to be the site of a good life. Some outsiders imagine it to be a place of stagnation that lacks opportunities – the “other” Sydney.

For the research participants, Penrith was instead a place of community, familiarity, security and possibility. Here was somewhere they could live out their version of the Australian Dream.

Of the 26 participants I interviewed, 20 continue to live in Penrith. Of the six who live elsewhere, four expressed a desire to return to Penrith.

The participants enjoyed the spaciousness of suburbia, as well as being close to family and friends.

Small-scale class distinctions that operate in Cranebrook, the wider Penrith region and Western Sydney also shaped their visions of a good life. “Doing well” sometimes involved degrees of social mobility in place: moving to a “better” house, a “better” street, or a “better” neighbourhood.

Not all graduates, however, were able to achieve their version of a good life in Penrith. Western Sydney lacks graduate opportunities.

Phillip O’Neill’s research has highlighted how Western Sydney is home to a growing population of degree holders – a quarter of Sydney’s total – yet the region remains disadvantaged, particularly in terms of work opportunities for graduates. These jobs are concentrated in Sydney’s east, not west.

O’Neill’s research, like my own, reveals Western Sydney’s graduates are “staying put”.

For ten of the 20 graduates in my study who stayed put in Penrith, this involved long periods of waiting for graduate employment, or reorienting careers and finding work in non-graduate roles.

Elise, for example, has a Bachelor of Communications and works for a marketing agency in Sydney’s CBD. She described the three-hour commute to her workplace as difficult and said her colleagues often made wounding jokes about Penrith.

Rather than move closer to the CBD, Elise was on the lookout for a new job in Penrith, “even like admin”, work that does not necessarily use her qualifications, but is closer to home – a move that also involves effacing class and geographical differences.

The pull of home can, indeed, work to curb the experience of upward social mobility.

‘Moving up’ has emotional costs

Even for those who were able to live their version of a good life in Penrith, the experience of upward social mobility, and small-scale degrees of mobility within the area, could be emotionally unsettling.

It was for Pat. He grew up in Cranebrook’s pocket of social housing, works as an HR professional and now lives in one of Penrith’s more affluent pockets.

“Moving up” has meant Pat has lost those embodied aspects of the self that connected him to his friends in Cranebrook.

For example, Pat’s professional mentor encouraged him to have elocution lessons and he now speaks differently to his working-class friends. Pat described feelings of class difference in his middle-class workplace too. He finds himself floating, not quite fitting into either milieu.

Upward mobility can leave some graduates feeling they don’t quite fit in with either their original communities or middle-class workplaces. pathdoc/Shutterstock

Pat’s experience led him to question if the journey was worthwhile:

The experience of upward social mobility can be tinged with what sociologist Pierre Bourdieu calls la petite misere, or ordinary suffering.

University is a means to a good life, but it’s a class-differentiated good life that is embedded in place and can become a site of personal and social tension.