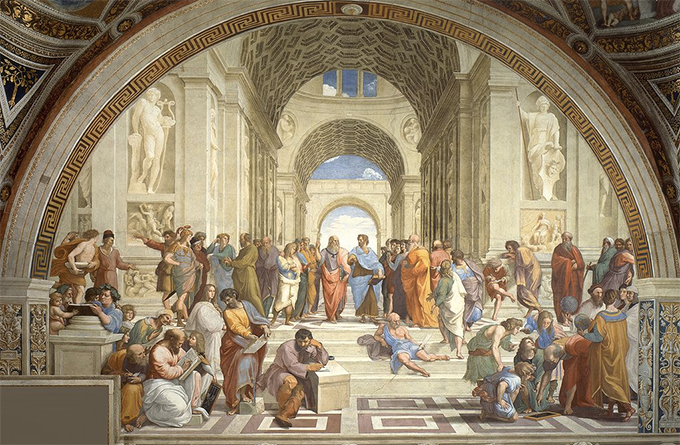 As occurs every time a new bill for the reform of the educational system is presented in Spain, in recent weeks we are witnessing the emergence of voices in defense of classical languages ​​as a fundamental pillar for understanding the roots of the Romance languages (between us, Spanish, Galician or Catalan) and scientific language.

On this occasion, more even than on previous occasions, such a campaign is amply justified, since the project certifies de jure the death of these materials.

I do not think it is necessary to reiterate these arguments, which, by the way, Unamuno has repeatedly used at the time, since they are evident to any minimally educated person. The debate, then, goes back a long way, although it seems that the legislator is determined to resolve it definitively.

Now, the consequences of the looming disaster if this decision ends up acquiring the force of law will not only be linguistic, but will affect other areas of culture and, above all, the foundations for the construction of our future as a society. Let’s see why.

The root of the problem

Unlike ours, classical education was inspired for many centuries by the imitation of models of excellence in the different fields of knowledge. Today, any allusion to imitation / imitative as an appellation of a learning process or a cultural product will immediately generate rejection by both pedagogues and critics, starting with academics. Such unanimity can only be understood if we previously take note of the differences between our world and the Greco-Roman past.

The culminating point of this profound change is reached with the ideology of the Enlightenment, which at this particular point continues to be in force. The famous sapere aude pronounced by Kant demanded of the citizens and, in general, of every person who wanted to form his conception of the world a critical capacity that would allow him to acquire autonomous thought, that is, not supervised by any authority. The dart was directed against those who presented themselves to others as worthy of demanding obedience, especially religious, but also civilians. Now, in practice, the motto of the Enlightenment has ended up throwing, as they say, the water with the child inside.

The classics as individual and collective references

The idea of ​​learning without tutors may seem very attractive, but when analyzed carefully it is at least naive, both from an individual and a collective perspective. As individuals, in some way, we all learn by imitating what our ancestors have done and we have observed for years, provided that we do not understand to imitate, as is usually done by the work of this ideology, mechanically reproduce a precise action.

To give a personal example: I learned to teach by observing my teachers, from whom I have taken many useful things that they probably had taken from theirs. Of course, I have not taken others. But the observation of their behaviors has shaped my personality much more than some of the ideas that I have acquired from pedagogues, no less useful to face what is usually called the teaching-learning process.

This experience is transferable to any other profession or social institution. For this reason, imitation has an equally crucial role not only in the formation of the individual, but as a mechanism for the reproduction of culture. The Ancients knew it immediately and configured it as the quintessential instrument of knowledge transmission.

Education based on imitation tried to form from the example of the most valuable authors (the classics) and, at the same time, allowed to generate a common thread that linked new works with the great creations of the past, making them recognizable and engaging a continuous and fruitful dialogue with them.

Understanding this dialogue as the perverse guardianship of a previous authority that nullifies one’s creativity could lead us to declare the despicable nature of the productions of the past, something that for a Greek or Roman author would have meant an incomprehensible loss of cultural roots from the which flourishes the specific difference of each one.

The classics as stimuli for creativity

The reader will think that the previous statement is apocalyptic. I would invite you to read the draft Organic Law to Modify the Organic Law on Education ( LOMLOE ), in which the Latin and Greek subjects are not mentioned as subject of any educational stage, which did not happen since the Instruction Law Public 1857 .

As I have already pointed out at the beginning, this absence has been denounced in various forums, which does not guarantee by law its presence nor in the Humanities Baccalaureate, alluding to the linguistic precariousness that future students will face when being deprived of the knowledge of the roots of their own language. This, without a doubt, is regrettable.

But the fate of being deprived of the possibility (just the possibility!) Of finding, among the enormous deposit of the classics, precedents on which to build one’s character and future community action, is even more so.

The situation is extremely dramatic, since the project is not even dedicated to belittling the classical culture in particular with arguments that could be contested (or not), but it is its total absence in the text that leads to oblivion to a past that does not authority is already recognized as a source of creativity and it needs to be replaced by training aimed solely at meeting the needs of the labor market.

It is the sign of a time when even emancipatory discourses present the need to differentiate themselves from the past as the story of what should never be repeated. The idea behind these proposals is that the past is indifferent to build the future.

Contrasting creativity and imitation – understood as a source of inspiration to extract the best from ourselves, which is how the Ancients understood it – means not knowing the scope of the basic principles of that network of cultures that we can call western civilization. The history of Greek and Roman literatures and philosophies firmly proclaims the perfect compatibility of both concepts: creations must contain a certain dose of imitation so that the difference that inhabits them can be recognized and integrated into an intergenerational dialogue.

Now, this process supposes in turn the recognition of those humans from the past that we proclaim as authorities, even when we fight them to end up rejecting them. For this reason, it is essential to continue transmitting in secondary education all this inexhaustible source of creativity. To suppose that we do not need precedents and that we are sufficient to ourselves to generate a future in which to inhabit is not only arrogant, but dangerous.

Arrogance usually leads to the reiteration of what has already been said due to the absence of historical perspective. Sadly, we have long gotten used to this evil. But an unprecedented future has many ballots to lead to the purest arbitrariness. Cicero considered it essential to make known the precedents of all thought; Only in this way was it possible to start a dialogue that could end in an absolute agreement, in a cordial disagreement or simply not conclude, which is what almost always happens in their dialogues.

For all these reasons, the teaching of classical languages ​​and culture has a clearly political value insofar as it provides us with a common reference point from which to build and challenge our stories as a community. There is no community without the dialogue that links the living among themselves and the living with the dead. To despise this dialogue, depriving students of establishing a first contact with the Greek and Roman authors in secondary education, is only the first step in forgetting the references that unite us. Hence, the greatest damage that this reform, if approved, will perpetrate, will be collective.

If we can predict this fact it is because someone before us said so; and he did it in Greek and Latin.

Author Bio: Iker Martínez Fernández is a Postdoctoral Researcher in History of Ancient Philosophy. Department of Philosophy at the UNED – National University of Distance Education