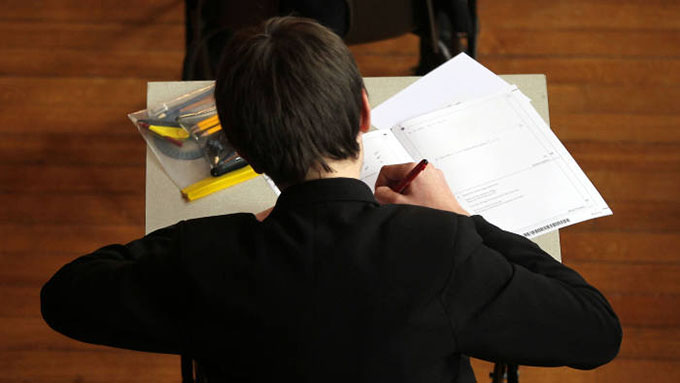 GCSE and A-level exams in England have been cancelled, opening the door to a repeat of the confusion that marked the award of grades in 2020.

The cancellation of exams in March 2020 in England was followed by the realisation that an algorithm created to moderate the data provided by schools had led to significant reduction in final grades for many thousands of students. This debacle led to a crisis in public trust in national testing systems in England.

The students most likely to be disadvantaged by this method of grade awarding were from the poorest backgrounds. Within a few days of the results being announced, the Secretary of State for Education, Gavin Williamson, instead decided that centre assessed grades – predictions based on evidence from teachers – be awarded to pupils instead.

The algorithm crisis presented an opportunity: to really start looking hard at our national assessment systems, and to confront the reality that exams are not always the best way to test knowledge, skills and understanding.

Resting all our confidence on a single measure is what led to that distressing episode. It was perhaps expected that there might be some reconsideration of how we best assess educational achievement in our schools.

However, this reassessment has not taken place. Once again, the government insisted that exams would go ahead in England – even after their cancellation in Wales and Scotland – only to later cancel them. Prime Minister Boris Johnson stated: “It is not possible or fair for all exams to go ahead this summer,” when announcing national lockdown measures, including the closure of schools, on January 4.

The statement from exams regulator Ofqual, which followed on January 6, was equally disappointing. The regulator’s plea to students to “please continue to engage as fully as you can in your education” has a hollow ring to it given the extent to which the entire secondary education system in England is dominated by examination outcomes.

Teachers and students across the country face many uncertain weeks ahead with scant guidance for teaching and learning – the announcement provided no further ideas of what the public should expect.

We are working with the Department for Education and will consult next week on arrangements for grading qualifications, with teacher assessment to play its part. pic.twitter.com/3w3qTV5vky

There has been little indication of what system will replace exams, beyond the assertion from Williamson that marks will be determined by teacher assessment.

This plan is misguided in the extreme. To develop, grade and moderate assessments that compare to a GCSE or A-level is a complex and skilled task. It is not something that can happen in a few months, let alone a few weeks.

In 2020, it became clear that there is significant variation in the evidence that individual schools have of student learning – practice assessments are conducted with different aims, and teachers set different classroom tasks. This means that attempting to standardise such evidence to meet a nationally recognised goal is impossible.

It is also easy to forget that while schools are attempting to address the issue of high-stakes exams, they are also expected to continue teaching and operating as close to normal as possible. The disruption of moving online and of staff shortages due to COVID-19 simply adds to the complexity of the challenge.

A pragmatic solution suggested by former teacher Tom Richmond, could be to offer a reduced range of exams at GCSE. The provision of just a few exams – perhaps only English and Maths and one or two other subjects – could provide enough evidence to direct students’ post-16 plans. Then, more resources and attention could be focused on providing structured support for those following vocational qualifications and A-level programmes of study.

However, a lack of resources may prevent schools from taking this approach. School finances across the state sector are plagued by deficit, particularly given how hard hit many have been by the unpredictable and continued cost of meeting COVID-19 safety measures.

There is no easy solution here – but there is one obvious issue. It seems that, as always, the students who will lose out in the race for grades will be those who lack the resources to work at home, and who might lack the support that helps them to stay engaged with their education.

Teachers are rarely dealing with a level playing field when putting together a picture of the individual achievements and potential of students. Poverty always has a significant impact on student achievement, both in school and in their results in high stakes tests in England. It is likely that 2021 will reveal a greater disparity between those who have and those who have not. These are testing times indeed.