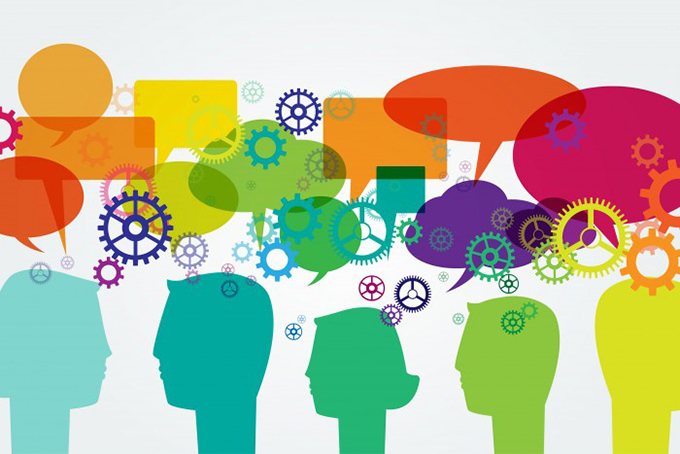 It seems like every week our “scholars” in higher ed make another startling discovery, that something innocuous is, in fact, RACIST. I’ve certainly covered many of these revelations, from milk, to fiscal responsibility, to showing up on time, but I’d like to put a capstone on the ultimate of this madness:

–note carefully how the media supports the author by stating unequivocally the premises are “faulty.”

One of the big problems on campus today is the takeover by Leftist lunatics who feel quite justified in doing physical harm to anyone who dares challenge their beliefs. One of the strongest challenges to their beliefs concerns their alleged belief in “diversity,” which clearly doesn’t allow for any diversity of thought.

The professor here presents three arguments against allowing diversity of thought on campus. I’m not exactly optimistic that he’ll make much sense, but let’s get it on:

The first faulty premise is the idea that those who call for diversity of thought and free speech are arguing in good faith.

Even supposing that all the people asking for freedom of thought on campus were not asking in good faith…what of it? In no way does this address why freedom of thought would be a bad thing. So this first argument is immediately invalid, although the author does try to support it:

Certain conservative foundations, activists and professors have used diversity of thought as a political tactic to exert power over higher educational institutions.

Alas, the author provides no examples of this, and, more importantly, it’s clearly never worked as the Left clearly controls far more educational institutions than conservatives. So, what of it?

The key here is that this is a political project aimed at making racist and misogynist ideas acceptable.

Bottom line, his first argument against freedom of thought on campus is “it’s RACIST.” Don’t these guys ever get tired of calling everything RACIST? Apparently not.

…attempts to cast doubt on the science of climate change follow a similar logic, attempting to undermine disciplinary consensus…

I don’t know if the author is being deceptive here, or simply ignorant. “Disciplinary consensus” doesn’t exist on global warming–because the evidence is so wildly against it…it’s why the global warming was re-named to the impossible to refute name of “climate change.” I can’t help but digress here and note that the whole “Trump/Russia Collusion” narrative has fallen apart so badly that it’s been altered to something just as silly as “climate CHANGE”—it’s now “Russian MEDDLING,” which is about as relevant as change.

Enough of this first “argument” against freedom of thought. Let’s look at another:

The second false premise that promoters of so-called diversity of thought rely upon is that conservative ideas are marginalized in higher education when, in fact, they are ubiquitous.

Wait, what? There’s been a Leftist bias on campus for decades now, as easily evidenced by voting records. This bias has been common knowledge, but not, apparently, this professor. Honest, if 78% of departments have zero Republicans on them, in a country where roughly half the population votes Republican, it’s tough to call conservative ideas “ubiquitous” on campus.

Universities’ fights with graduate unions, the increasing reliance on contingent labor and the retreat from affirmative action are not symbols of a left victory in higher education.

Again, the author seems inexplicably ignorant. In your typical Leftist utopia, the workers and lowest castes are indeed crushed into the ground, if not outright murdered (as yet, not an option in higher ed, but I’m hard pressed to guess just how much longer it’ll be until it is). Seeing as this has happened every single time, it’s only natural for the workers to begin starving once there’s a leftist takeover. Unions being crushed and reliance upon contingent labor are actually quite consistent of leftist victory.

His supporting links are atrocious, by the way. Let’s take a quick look at the abstract of his citation regarding affirmative action:

In 1994, 60 percent of selective institutions publicly declared that they considered race in undergraduate admissions; by 2014, just 35 percent did. This decline varied depending on status (competitiveness) and sector (public or private). Race-conscious admissions remain the stated policy of almost all of the most elite public and private institutions. The retreat from race-conscious admissions occurs largely among schools lower in the status hierarchy…

While the first two sentences of the above sort-of supports his claim, the last sentence destroys it. Those lower tier schools no longer look at race for admissions because they’ve become open admissions (it’s what, by definition, makes them lower tier)…everyone gets in, so of course race isn’t a factor in admissions.

I don’t understand how the professor could be ignorant of this rather important detail.

Further, students are often comfortable expressing racist ideas, as are some of our colleagues.

Seriously, the cry of RACISM again? Of course, the professor gives no supporting evidence. Losing interest in this feeble argument, I move on to his third, and presumably strongest, claim:

A third premise that should be strongly questioned is the very idea that conservative thought is diverse.

I suspect the professor is being obtuse here, as this isn’t even remotely what’s being asked for in the allowance of freedom of thought. The fallacy here is called “straw man.” Having completely misunderstood (I’m being generous) the argument, the professor then goes on to show the premise he imagines is wrong.

But there is nothing edgy or very thoughtful about denigrating people of color or women, assuming that the natural order of the world is out of order because we had a black United States president or attacking trans students for simply existing.

Yet another cry of RACIST, and then more straw men. Again, no supporting evidence is given that freedom of thought has much to do with the previous president or transgender students…I can’t even consider the confusion of ideas which leads the professor to write such lunacy.

The comments section uniformly has little trouble obliterating these feeble arguments, and one poster sums things up well:

There’s a great paradox in saying “the other side isn’t arguing in good faith,” and then proceeded to oneself argue in bad faith by misrepresentation and constructing imaginary strawmen.

So now I have questions. How does this rubbish even get printed on major sites like Inside Higher Ed? Perhaps I’m no great shakes as a writer, and that explains why I can get no Education-related publisher to consider my work but…am I really deluding myself in believing I’m more coherent than this guy?

Who is this professor, anyway? Surprisingly, he doesn’t have an Education degree. Instead, he’s a Sociologist. While this is good to know, I’m now even more puzzled how he doesn’t know of the heavy Leftist bias of our campuses, or what has happened in every Leftist takeover on the planet.

Very puzzling, indeed. But now that we’ve finally reached the ultimate goal of all these wild allegations, namely that any disagreement with the predominant ideology on campus makes you a deplorable RACIST, can we just concede that everything is racist instead of naming every individual thing specifically as racist, and move on to actually pursuing useful knowledge?

Can we stop publishing every identification of something as RACIST, at least?