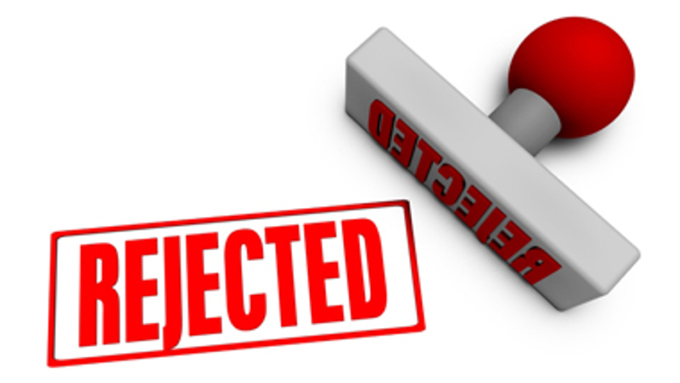 Imagine you’re running a small business. But imagine you only have one customer, and there’s only a one-in-five chance of getting a contract with them each year.

Obviously, you plough huge, disproportionate effort into getting that contract. But you’ve missed out for a couple of years. Will you have to lay off staff? Can you stay in business? Amidst this pressure, imagine the customer delays: “maybe I’ll let you know sometime in summer”.

Summer comes and goes. Nothing. The uncertainty is too much for key staff, and they leave. You can’t hire anyone to replace them, and the weeks drag on. You’re desperate.

All Governments recognise how such massive uncertainty kills businesses. Yet the Australian Government subjects its top researchers to this every year.

Uncertainty is fundamental to research. Without it, research wouldn’t exist. But just like in business, uncertainty in funding is poison. Research is done by people, and this uncertainty poisons their planning, competitiveness, collaborations, motivation for research, personal lives and mental health.

This poison runs through Australia’s research grants process from start to finish. But the finish is venomously uncertain, and for no good reason. My Twitter account tries to construct a tiny bit of certainty in these often desperate, delirious months of uninformed chaos.

But the real antidote is so simple and easy to administer.

The Australian Government funds basic research at universities through a grants process run by the Australian Research Council (ARC). There’s fellowship programs for early, mid and senior career stages to fund the fellow’s salary and project costs, and there’s project-only grants for hiring postdocs (as well as fieldwork expenses and other items) to do the research. But funding for these schemes has been dropping (in real terms) for many years. Success rates are now barely above 15%.

So, most excellent proposals aren’t funded. This makes for an uncertain and desperate enough system to start with. Even if you “win the lottery”, you often get barely enough to hire a postodc for two years. As awful and irresponsible as they are, these problems are not peculiar to Australia.

The sting in the tail

But now for the extra venom, right at the pointy end of the process. Get this: applicants aren’t even told when they’ll know the outcomes of their grant proposals!

These days the ARC loosely suggests a notional 3 month range when outcomes might be announced. Oh, by the way, that is “approximate and subject to change”. Quite often, announcements are delayed well beyond even these flimsy parameters.

Consider the time-line for the recent “Future Fellowships” grants illustrated below. These are prestigious mid-to-senior career grants which, as the name suggests, can be essential for anyone wanting A Permanent Job in a university. The success rate was a daunting 17%.

The process began stressfully, but not unusually: applicants punched out a 65-page proposal in two weeks to meet internal university reviews before the ARC’s submission deadline; the ARC solicited peer reviews, to which applicants had a short opportunity to respond; the ARC’s expert panels ranked the proposals and the top 15-to-20% were scooped off.

About 9 months into the process – and without telling anyone – the ARC sent these results to the relevant Government Minister for approval.

And with the Minister they stayed. For Three. Whole. Months!

The name of our pain is “Ministerial discretion”

We don’t know what the Minister did in those three months. Apparently though, nothing at all: the ARC’s recommendations were accepted without change.

The problem is that, by Act of Parliament, the Minister approves all grants entirely at their discretion. And when the outcomes are announced? “Ministerial discretion”.

This problem isn’t new. For example, back in 1998, the “discretion” period was particularly long, forcing universities to lay off staff. One Vice Chancellor commented that “the whole system whereby recommendations sit on minister’s desks for months on end is absurd.”

@ARC_Tracker @SenKimCarr @DanTehanWannon
Still no end in sight to #arcdelay. Here’s another article from the microfilm archives – 20 years and sentiment is still exactly the same! (“Kemp sees strategic ARC role”, The Australian, 02/12/98) pic.twitter.com/p3FV6O8xiN

Twenty-one years later, that absurd system remains. It’s still unclear why the Minister arbitrarily detains grant announcements that shape so many peoples’ lives. The only apparent reason – appalling, if true – is to coordinate media releases, at times convenient for them, to extract the tiniest morsels of political advantage.

This year The Silence Of The Minister, coupled with poor communication by the ARC, frightened universities and caused further chaos. The Minister apparently instructed the ARC to release Future Fellowship outcomes to universities under an indefinite publicity embargo. Some universities immediately informed applicants of their outcomes. News spread fast that some researchers knew their fate. But other universities refused to inform applicants. Some even claimed not to have the outcomes. Confusion quickly turned to bewilderment and anger.

It seems the ARC had so harshly stated the embargo rules that universities feared informing those who most needed to know the outcomes: researchers. Followers of @ARC_Tracker even reported some universities warning of people being sacked for saying anything. They either didn’t trust researchers not to publicise their outcomes or they failed to understand what the embargo was about: publicising outcomes, not informing applicants.

I asked @ARC_Tracker followers to Direct Message whether their university was informing applicants, and crowd-sourced a public record of this information. Of the 42 eligible universities, staff from 20 contacted me with information. Of those 20, almost half did not inform their applicants within a reasonable time-frame. Many people reported that the public record helped them convince their university to inform applicants. For others, it let them know they could call their university’s research office to learn their fate. The embargo dragged on and, despite our efforts, some universities didn’t inform applicants until after the next year’s application round opened! Utter madness.

Does the Minister know the chaos and damage all this causes?

Imagine you’re a postdoc, working yourself to the bone to, maybe one day, be competitive for A Permanent Job while bringing up a young family. Your contract’s ending but you want to keep your family in Australia with your support network (friends, family, schools, etc.). Postdoc funding is uncertain in all the Australian labs you know; it all depends on ARC grant outcomes. Your best (17%) chance is a Future Fellowship. You apply for some overseas positions as well, “just in case”.

Those overseas institutes work much faster than the year-long ARC process. You’re elated to get a job offer in some far-flung land. But you stall them, waiting to hear about your dream Future Fellowship. They pressure you. They have all the power and you’re hostage to Ministerial discretion. Your family’s future suddenly feels out of your hands. Your decision forced, you accept the overseas post and pack your bags, worsening Australia’s brain drain, disrupting your family’s life and, probably, future.

I have known several researchers in this situation, two of them this year. But I’m just one researcher, and this is just one example situation. The scale is terrible. Not knowing when grant outcomes will be released poisons research and, most importantly, researchers in so many other ways. And it goes beyond researchers. For example, some university staff pay babysitters to stay on call for months so that, when the Minister finally releases grant outcomes, they can rapidly write up reports and media releases.

The solution is obvious: the date outcomes will be announced should be fixed and stated publicly when each grant program opens. The Minister needs only to use their “discretion” to enact this (without even giving up their approval rights). No Act of Parliament. No budget. Nothing except understanding how damaging months of needless, secret delays are to Australian research; how it harms Australia’s contribution to, and benefit from, the cutting-edge research it endeavours to fund; and how it curtails Australia’s ability to attract and retain the brightest research recruits.

Removing this absurd, often cruel, uncertainty would transform so much, with so little effort, and let researchers plan their research, collaborations and lives, and make better use of taxpayers’ money.