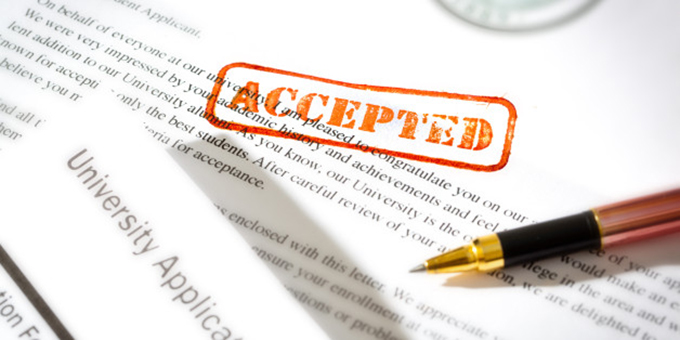 The recent controversy over rich parents buying their children’s admission to elite US universities highlights the popular assumption that academic merit is the only worthy means of discriminating between students when there is a scarcity of university places. However, Australian universities, like those in other countries, have held different ideas about merit over their history – and academic achievement was not always the foundation.

Before the Second World War, entry was understood in terms of universities’ being “open to talent”. And in a literal sense, they were just that: their governing legislation obliged them to accept all eligible students.

Yet there were obvious barriers to attendance, not least potential students’ ability to cover tuition fees and the cost of living. Those costs were substantial, and universities encouraged students to weigh carefully the value of attaining a degree. Competition for entry was fairly scant at a time when fewer people were employed in the professions and there were many more alternative pathways to careers.

Most students had some form of paid employment, and many benefited from family support. Partial scholarships were offered to some, and universities sometimes waived tuition fees on the basis of need. State governments also provided “free places”, often involving a form of indenture after graduation. These did not determine admission but rather whether students could afford to remain enrolled.

Competition for admission emerged during the war, when the commonwealth government intervened in state universities by introducing financial assistance for students, remitting fees, providing a living allowance and imposing quotas on places as part of its wider management of the war economy.

This produced a new scarcity in places, which were awarded based on a ranking of school achievement. For those on the cusp, consideration of aptitude and potential were added, much like college entrance interviews today. Even psychological testing was sometimes undertaken. In this way, students were admitted on the basis of more than just their raw academic achievement.

Government financial assistance removed the largest impediment to attendance and aligned measures to promote open access with the idea of public, industrial and national need. This became the post-war Australian settlement for university admission: commonwealth financial assistance continued to be offered, under a series of schemes, in exchange for students doing their bit to meet national need.

An array of new universities and then colleges of advanced education were established, but the growth in demand still outstripped the expansion of places, resulting in a new form of scarcity. Quotas were imposed when courses attracted more applicants than could be accommodated, and measures were introduced to govern admissions that made academic achievement more directly synonymous with merit.

A major shift occurred from 1974, when tuition fees were abolished and the federal government assumed responsibility for most university funding. This was done to create “opportunity for all”, and provision became based less on perceived labour market needs. But scarcity remained as the government slowed the growth in university places, serving to further elevate academic merit as the basis of entry. Because the students who do best at school tend to be those from the wealthiest backgrounds, the removal of fees ultimately did little to change the overall demographic make-up of Australian university students.

The primacy of academic merit was preserved even after the reintroduction of student fees through a student loans scheme in 1989. As the scale of university applications continued to balloon, the ability to rate students on fine gradations of academic merit also increased. Tertiary Admissions Centres, which were established to administer entry in each state, formed part of a systematic process of ranking students for different courses.

So despite the modern preference for academic accomplishment – and the outrage that flows when it is falsified – history shows that what merits entry to a university has changed before and could change again. However, having a parent rich enough to bribe a university sailing coach seems unlikely ever to be accepted as a valid criterion.

Author Bios: Gwilym Croucher is senior lecturer in the Melbourne Centre for the Study of Higher Education at the University of Melbourne, where James Waghorne is research fellow and Hamza Bin Jehangir is postdoctoral researcher.