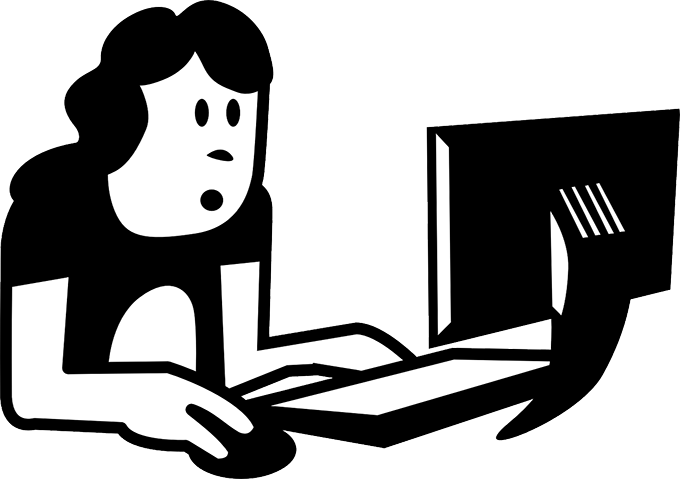 What have been the main talking points among academics as we’ve adapted to online teaching this year? The logistics of managing Zoom or Teams? Developing curriculum content? Making learning sessions engaging? At my own institution, much of the conversation has been about something quite different: what one colleague called “death by blank screen”. Why, colleagues demand, won’t students put their cameras on during sessions?

Since I have often delivered courses on how to deal with students’ classroom behaviour, I find myself increasingly being asked about what many see as a new form of “challenging behaviour”. I have encountered a range of views. Some tutors have reported that levels of interaction in their online sessions have varied or suggested that the “blank screen” might not mean a lack of engagement – although, of course, it can. One colleague even thought that a kind of “power play” might be going on, a way of shifting the dynamics in the online world. (This is something I have perhaps experienced myself on professional development courses: the knowledge that I can absent myself or disengage from the event can feel like exercising a greater degree of control.) There are also increasing concerns, highlighted by Stanford University, for example, about the impact of virtual learning on students’ mental health.

We have seen lively debate about all these issues on Twitter and elsewhere online. But they are certainly something we need to discuss further, with colleagues and, especially, students.

I have been reflecting on my own online experience as both teacher and learner. When I was delivering programmes to 50 to 100 participants over the summer, I sometimes taught for hours without seeing anyone’s face. I wanted interaction, so I did have the feeling that I was getting less engagement than I would expect at “normal” times. On the other hand, I am conscious that when I attend development sessions as a participant, we are sometimes encouraged to switch our cameras off (to “conserve bandwidth”, according to the explanation at one event). I also have to admit that my newfound anonymity had positive aspects: it meant I didn’t have to stare at the assembled faces or, perhaps worse, at my own.

So what do my students have to say when I ask about their blank screens? They tend not to refer to their own or their peers’ lack of engagement. Instead, they talk about feeling vulnerable, about being judged and about concerns they have about their surroundings. Others say their devices do not have cameras or that their cameras are broken. Whether or not this is the case, it is certainly true that some of our students are accessing sessions on their phones – whether by choice or because this is the only device they have access to.

But eventually we come back to the core question. Is presenting a blank screen to the world rude, unprofessional or disrespectful, as some academics argue, and so something to be challenged or “punished”? Or is it, as many students tell me, safe, inclusive and a way of reducing anxiety caused by Zoom fatigue?

In discussion with colleagues, we have found a potential way forward in encouraging students to see online learning as a pedagogical tool and a way to connect and build relationships. We rely on role modelling to help them build their confidence. Much of my work is in training teachers, where my students are already having to use online methods in their school placements. Those in other fields will also need the skills and confidence to succeed in the growing number of online workplaces.

We are therefore taking what we feel is a balanced approach. Our message is very much one about encouragement and promoting the benefits of online learning rather than punishing “non-compliance” with rules about blank screens. After all, we have a responsibility to students who are understandably disappointed, scared, angry and depressed amid a global pandemic that can be argued has hit young people particularly hard.

So I continue to try to engage the students while remaining a calm voice out there in the darkness. I’ll probably never know whether they are genuinely focusing on the content of my session or if they are more interested in the artwork behind me or the lamp fitting over my head.

But I’m not going to agonise about it too much, either.