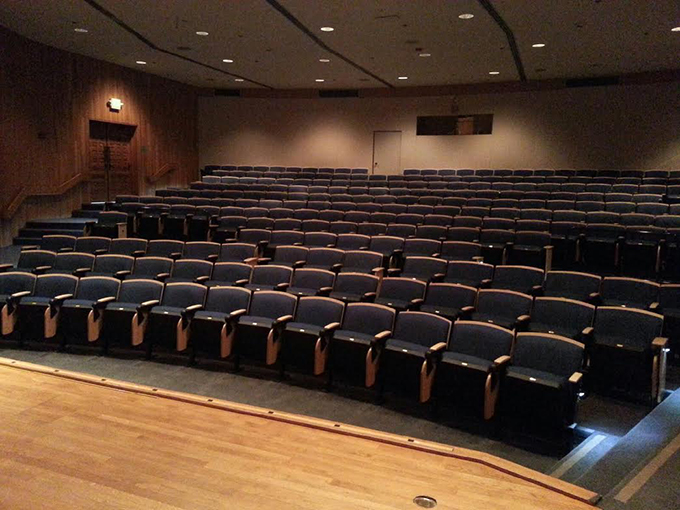 I know my title is unsurprising on two levels, since administration lies about everything, always, and it’s well known that conservative thinkers aren’t allowed to speak on our campuses now…but the title says so much all the same.

Even if conservatism is fundamentally wrong, fundamentally flawed, the worst thing that ever happened to humanity…conservatives should still be allowed to have their say. It’s a simple fact, to judge by the  last election, that about half the country still thinks people  should not be slaves to a government master no matter how much the master says he has really, really, good intentions.

Even if those “deplorable” people are wrong, their numbers indicate their ideas should be heard. If those are ideas are so wrong…then there could not possibly be harm in talking about and, supposedly, laughing at them in the same way we laugh at CNN’s endless doubling down of their false narratives (on their shows, at least, even as their employees readily admit they’re peddling bullsh*t).

The other part of title is important, too.  Part of why the USSR collapsed in the end was the leadership was so incompetent, so hypocritical, so brazen in their wildly inaccurate belief in their own superiority, that the people simply could no longer put up with it, as there was no longer even a tiniest iota of possibility that the system of government of the USSR was doing any good for the people.

We’ve got to be getting close to that point in higher education, as their latest lie is over the top.

So, noted conservative Ben Shapiro bravely decides to come to Berkeley, accepting the invitation from Berkeley student group Young America’s Foundation (YAF).. And, of course, the leaders of Berkeley move to stop it:

No, this isn’t really news, every time a conservative tries to speak this happens. But let’s look at the lie:

“…administrators have informed YAF and BCR that they are “unable to identify an available campus venue.”

The article I’ve linked to just lets this slide but…what a lie. Is it a space consideration? According to wiki, no:

There’s a solid 6,500 acres they’re not using, so plenty of space if they wanted to have the talk outside. Are there no buildings? Well, they have half a dozen major construction projects underway right now, along with usual plethora of other construction jobs. Like most every campus, Berkeley has been on a madcap building spree for decades. They’re even building a senior living center…we really, really, need to ask why our campuses are so nuts about construction projects.

In any event, if Berkeley has space to build an old folks’ home on campus, then they have plenty of building space.

Maybe they just don’t have a room large enough? Nope:

CS61A will have about 1800 students this semester, potentially making it the largest on-campus class in US history.

Wow, if they have a classroom which seats 1800, and many other classes that seat hundreds, then they have a room large enough for a speaker who supposedly isn’t going to talk about anything anyone wants to hear, right?

The idea that they just can’t find a place for Shapiro is such an obvious, blatant lie, but such fall easily from administrative lips. Back to the linked article:

Student Organization Coordinator…Morris Chaney denied the students’ request for a venue for September 14, 2017, despite what the Morris Chaney calls “extensive efforts.”

–note the title is twice as long as the holder’s name, a good indicator of a position that could be closed, thereby improving education at this education institution.

“Extensive efforts”? HAHAHahahahaha. It took me all of ten minutes to identify 6,000 acres and many rooms large enough for the talk.

How do you, as a conservative student, sit there and listen to this crap, knowing, as a student, of the many rooms large enough to hold a talk? Did I mention the stadium? It seats 63,000.

But no room for Shapiro, as I’m sure the gentle reader is shocked, shocked, to hear.

How can half the country still tolerate their tax dollars going to institutions which promote ideas “they” find positively repulsive (as per the presidential election), knowing that the rulers of those institutions are now not even trying to make their lies believable?

To be fair, Berkeley admin knows their lie won’t hold up to even casual scrutiny, and so they are already lining up other pretexts:

The administrator states that Berkeley can only host Shapiro “when events are held at a time and location that allow for the provision of any required security measures.”

Berkeley has not yet provided any alternative times, dates, or locations.

Now, I grant that considering the kinds of violent thugs Berkeley admin supports means that, yes, they should be concerned with security. They should always be concerned about security, as their favored thugs are a violent lot and will turn on each other at some point (and I don’t quite understand why admin are so perfectly confident these thugs will never target admin…).

Shapiro did speak on campus recently before. How’d that turn out?

Shapiro spoke at UC Berkeley in April 2016, with no security problems of any kind.

I totally understand administrative spinelessness, and I do wish they’d start using simple ideas for cutting down the campus riots (incidentally, the campus I discuss in that link is still getting riots, despite all the administrative concessions…yeah, a shock, I know). Berkeley admin is already scared of Milo and Coulter, so I suspect they’re just trying to do the same. It remains to be seen if Ben Shapiro will force the issue, but the fact remains:

Our campus leadership is now at the point where they’re willing to tell blatant, ridiculous lies rather than the simple truth: they’re terrified of what the people they’ve allowed on campus will do if admin displeases them.

After finally being called out on their lies, admin changes their mind:

“…after significant public attention to its initial statements that facilities would not be available on September 14 to host Daily Wire Editor-in-Chief Ben Shapiro, the University of California, Berkeley administration announced in the press that they would not only facilitate the event moving forward, but would cover all necessary security fees.”

So, were they lying then, or are they lying now? I mean, they could easily change their mind again, right? They’re certainly making it hard for the event to happen. Shouldn’t such highly paid leaders be able to make simple decisions like this and follow through with a bit of reliability?

We have to be getting close to the point where people just won’t support such insane institutions.