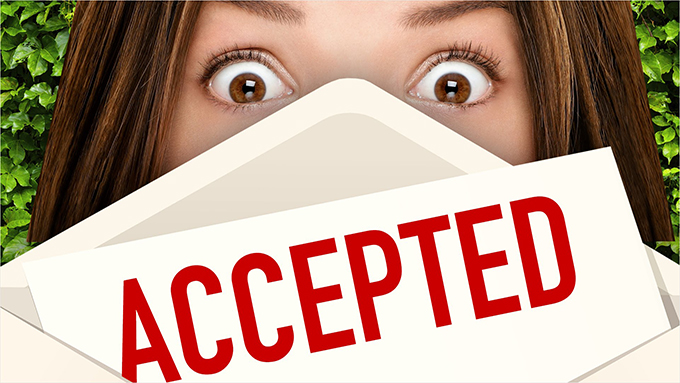 I went to a large public school—over 3,000 students, the better to increase the odds of having the talent for a good football team. It wasn’t particularly notable academically, so it was a big deal despite its size when a student in my class actually got accepted into the Ivy League. That was well over 30 years ago, before higher education collapsed into the mess it is today.

Parents paying attention realize there’s a huge problem, and that they no longer can trust simply sending their kids to the big state university for an education. They also know that going to a small (and expensive) liberal arts school is an even worse idea.

Increasingly desperate, parents hold on to the belief that the Ivy League, in this case Harvard, is the only remaining reliable option for seeing their kids educated. Desperation isn’t enough to get a child accepted, however, especially if the child doesn’t have stellar academic qualifications. It also takes knowing someone:

In November of 2017, a wealthy, desperate parent…to get their child into Yale, contacted William Rick Singer, who ran a business, disguised as a charity, that could accomplish that goal.

Singer’s plan was simple: change the student’s resume so she could claim to be a soccer player, and get her into Yale for the soccer team (no scholarship, just admittance)–athletes can get in even if they don’t have the qualifications. To the schools which allow this, we probably should ask questions about a school’s true mission…and that’s every school we have.

Of course, this plan only works if the coach is in on it. How much does it take to convince the coach to do this?

Yea gods! Coaches are already paid ridiculous amounts in higher ed, do they really need even more money? Singer got the lion’s share, of course—the parents paid him $1.2 million dollars to grease the wheels here.

Goodness, over a million dollars just to get their child into Yale…that’s not even counting tuition or anything like that, that’s just to enroll.

Now, the dog not barking here is pretty loud: you don’t give a million bucks to “some guy” unless you know for sure that guy can deliver…Singer clearly had been running this operation for a while, long enough to get a reputation solid enough to generate million-dollar checks.

The coach by himself can’t do it all, so there are plenty of others involved in this long-running scheme:

According to NBC News and ABC 11, 50 people, including some college coaches and two well-known actresses, have been charged in a widespread cheating scheme aimed at getting students into universities as recruited athletes.

Well of course admin was involved; the actresses were just getting their own kids onto campus. What do they know that we don’t, that they’re this willing to shell out money to keep their kids off the campuses us normal folk go to?

The coaches involved are from Yale, Sanford, Georgetown, USC…with sports teams like tennis, soccer, and water polo. Once on campus, the not so academically inclined students doubtless vanished into the weaker departments, much like with what happened at the Landry School. My book on why we’re getting college graduates who are illiterate didn’t focus on the Ivy League but it’s clear that stage is here, if not coming soon.

Now, bribes aren’t like other purchases, you can’t exactly shop around and compare prices. What was the upper end?

The feds allege one parent gave Singer $6.5 million to aid a single child.

Read the above carefully. If someone is willing to pay this much, this must be the market value for admission to the school. We really need to break this level of brainwashing.

It must be nice to have that kind of money to piss away. Does the parent realize he could quite literally hire 4 faculty to teach his child every year, for four years, in one-on-one teaching (the absolute best and most effective form of teaching), pay each teacher $100,000 a year (i.e., more than the vast bulk of faculty receive), and come out ahead by millions of dollars?

While the parent here was probably an idiot, I again wonder if maybe he knew something I don’t about what’s going on in these upper tier schools. There’s something more here than education, there has to be.

The fraud, incidentally, didn’t always involve coaches. Sometimes the parents paid bribes to have their kids’ SAT or other entrance exam scores “enhanced.” I find this form of academic fraud more troubling than the athletic fraud, but I’m sure admin, once paid appropriately, find it all about the same.

How long will this stay front page news? We have a wide-ranging scandal running for years, involving tens of millions of dollars and fraud at our most esteemed institutions and I bet it all vanishes within the week. I conjecture in a few days most folks will have an easier time finding out what Stormy Daniels had for breakfast Sunday morning than learning anything more about this. I grant that this fraud and Stormy Daniels have equivalent impact on most Americans, but there’s something here.

$6 million just to get a none-too-bright kid into an Ivy League school? Yeah, something’s not right.

The schools are not believed to be involved, according to NBC.

— Seriously, I’m quoting Yahoo news quoting NBC. Does anyone at either media site have half a brain?

HAhahahah, I needed that laugh. The coach doesn’t single-handedly enroll students, so admin at the schools had to be involved as well. How many people working at the school need to be involved before you can fairly say the school was involved? How do you read this and not believe the schools are involved? I suspect the story will be nicely buried soon enough, but hopefully someone will see it and do the digging necessary to get some answers here.

The whole student loan scam was founded because we thought lack of money was the reason kids weren’t getting in to college. But if you have a good school, if you work to maintain a reputation, it’s very clear parents will pay whatever it takes to get in. Very clear, indeed.