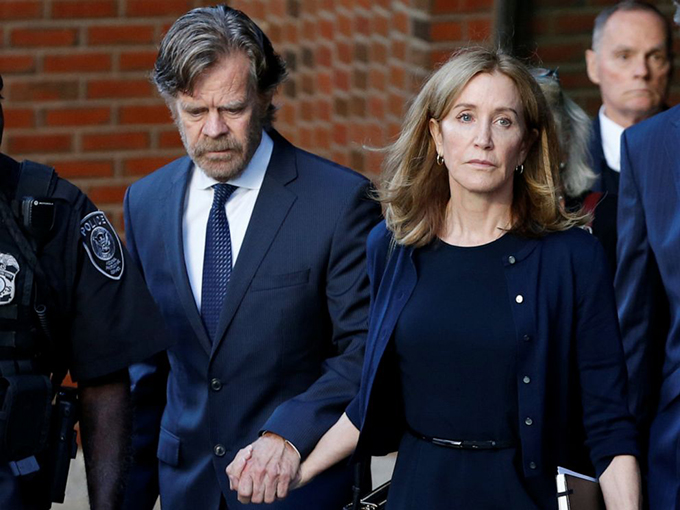 The “Admissions Scandal,” where parents were paying great sums of money to “sneak” their kids into top schools has finally made its way into the court system, and to judge by what has happened to the first to make it to sentencing, it does not look good for those who’ll come next:

Felicity Huffman Gets 14 Days In Prison…

I’m quoting MSN here, and it’s fun to watch how they spin things:

“…she paid $15,000 to…a college admissions consultant who preyed on his wealthy clients’ anxieties…”

Gee whiz, “preyed” is a bit of a loaded term here. I mean, the consultant didn’t wait in ambush for this woman, he made it very clear what he was doing, and had been doing for years, I’m certain.

So she gets 14 days for dealing with this “predator” for the sum of $15,000—that’s not even a year’s tuition at many universities in this county, and is probably roughly high-end private high school tuition. There are 33 parents who will eventually be on trial for this kind of activity, and knowing that this (relatively) paltry sum for (some sort of) crime is meriting prison time has to got to scare the other parents, who paid quite a bit more.

Another dozen college administrators, coaches, and test proctors are also charged. Something seems unbalanced here, since it’s bleeding obvious far more than a dozen people in our higher education system had to know what was going on—a typical sportsball team has more than just a coach working there, for example. How could the assistant coaches and trainers not be a little suspect at obvious non-athletes supposedly on the team? Getting into these schools isn’t the decision of a single person…whole committees had to have been involved.

But only a dozen are taking the fall. Hmm.

I grant that the Mom here paid a guy to pay someone to take the test for her kid so the kid could have good enough scores to get into school, and that is, indeed, some level of fraud…but I just don’t see how it’s a “throw into a cage” fraud, but that’s all the article indicates as her crime, even though the predator really did all the arranging through established channels.

This is all rubbish, but let’s go with the flow, and assume getting your kid into a private school (many of the involved schools are private) by paying an extra fee really is bad, so wrong that it should be criminal. So the next question to ask is: what are legitimate ways to get into these schools, and are we sure everyone else is playing by those rules?

How Do Politician’s Unremarkable Kids Keep Getting Into Elite Ivy League Schools?

The link above has a great rant from a commentator on wildly (over-)demonized Fox News, a rant which asks a question far more relevant than the one leading to this Mom going to jail. Seriously, if spending $15,000 of your own money to get your kid into a top school is Evil (with a capital E!), why isn’t the obvious abuse of political power a problem?

“…his father was the governor of New York…”

Nothing against the kid, but, yeah, watching him a few minutes makes you wonder how the kid got into Yale.

“…offspring of 3 Democrats currently serving in the Senate…”

Many Democrat kids get to go to the Ivy League, not just Yale and Harvard.

C’mon now, it’s a real question how Gore won the lottery 4 times in a row.

Chelsea Clinton is a Stanford Graduate, rather an odd prerequisite considering she just works in television (not exactly a field renowned for extraordinary brilliance).

The above all managed to get lucky enough to get kids into Georgetown…it really seems like if you’re a child of a Leftist politician, you’re going to go into the Ivy League.

So, while the general populace follows the laser pointer dancing around a few parents paying extra to get their kids into the Ivy League, I can assure the gentle reader the mainstream media will never focus their light on the many children of politicos who breeze on in, and, more importantly, never ask what, exactly, our political class is paying for that privilege.

Personally, I don’t care that much what goes on in private schools but as long I’m told to hate the splinter of parents in the “Admissions Scandal,” I’m going to ask why I’m not supposed to hate the log raft of politicians clearly engaging in the same, at a much higher level.